Addis Rising: Finding the future in an African Boom Tow...

Addis Rising: Finding the future in an African Boom Town 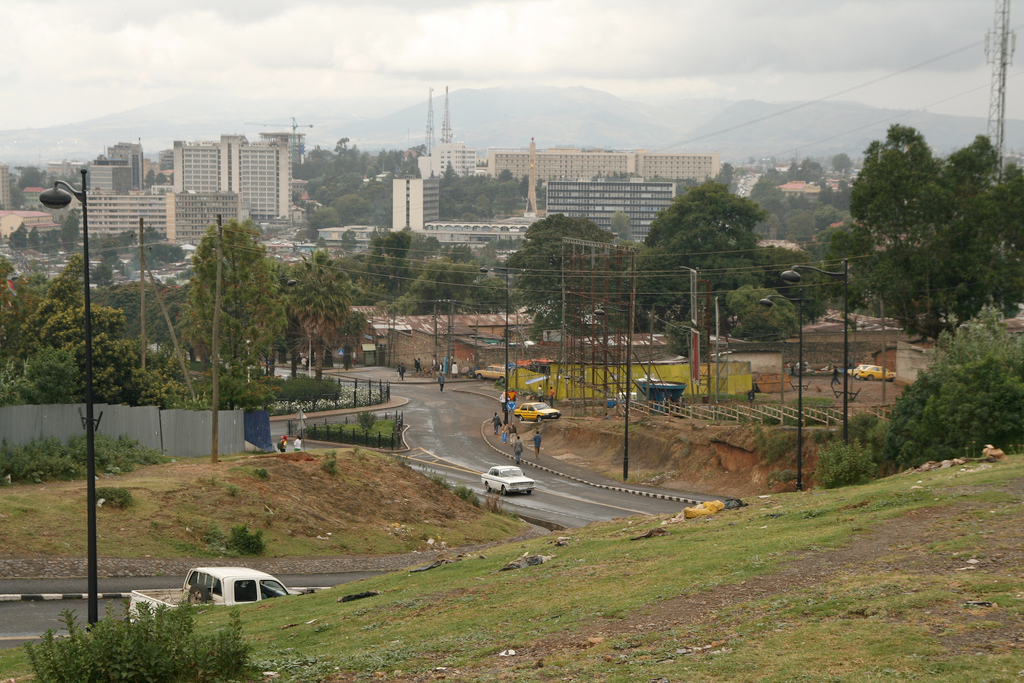 William Gibson, the science fiction writer and coiner of the term 'cyberspace', has long observed that the future isn't really the future, but an elusive slice of the present. Nothing proves his theory more than Addis Ababa. By RICHARD POPLAK.

In his new book of collected essays, Distrust That Particular Flavour, William Gibson distrusts nothing so much as the idea of the future. His debut novel, Neuromancer, made him a sensation: he wrote of a world in which humans lived their lives through avatars in a joint called cyberspace, accessed through a portal in their computers via an ‘information super highway’.

If that sounds like a pretty good description of your life today, Gibson insists that this is more by accident than by design. He has no capacity for predicting he future; he cannot advise on which horse will come in first; he does not know if President Newt Gingrich will nuke Iran. What he does know is that close observation of the present reveals hints of the future, which is never an erasure of the past, but an amalgam of the new and, mostly, the old. “The future is already here,” he has said. “It’s just not evenly distributed.”

In Gibson’s version of the future, the Meta City rises, existing to scratch every last itch of those who live within it. Demand and supply are locked in a constant pas de deux; necessity being “one of the many mothers of invention”, as Gibson has put it. In Addis, the principle sidewalk occupation is the shoeshine boy. Like the denizens of ancient industrial London, shoes must be scrubbed twice a day, otherwise they look like they belong on a vagabond.

But this isn’t what makes Addis remarkable. Nor is it the pace of growth, which sees dozens, hundreds of towers taking shape behind a zigzag of eucalyptus pole scaffolding. Those towers will be wrapped in aluminium siding and reflective glass; they’ll be climate controlled and hum like insects in the cool of the night. But the wood is brought from the top of Entoto hill – 600m above Addis’ 2,400m – by broken women who carry more than their body weight, knees audibly cracking with every step.

This isn’t simply a mix of the rural and the urban – it is rural techniques serving a high tech sector, like piles of dung powering computer servers. Addis is loaded with little moments like these. More importantly, the city has a political tale to tell, and its development is a result of a defined and considered policy, directed from above. And yet, no one is quite sure where the control lies, because a city is never properly controlled.

In the Ethiopian elections of 2005, President Meles Zenawi, convinced that he would win, opened the country to multiparty democracy. He lost 40 of 41 seats in Addis. The opposition tragically bungled the transition, Zenawi found his loophole, and he returned to power. He was heavily censured by the West, who claimed that he stole the presidency, killing dozens of people in order to do so. But Zenawi now believed that Ethiopia wasn’t ready for democracy. Rather, his government would concentrate on development and delivery, and put neoliberalism on the back burner for another time.

The model, to no small degree, was China – where state capitalism rules. But Zenawi wasn’t about to open the country up to all comers. He wanted to keep control, but he wanted Ethiopians to see results. So, a notoriously closed banking system opened up to give loans for construction, and the buildings started going up. A new African Union compound built by the Chinese, along with dozens of roads, jump-started the capital’s growth. Zenawi was committed to building a city in which the citizens would vote for him.

Soon, a rapid transit system. Then, an underground road that will whisk dignitaries from Bole International to the AU compound without impacting the lives of the locals. Over governed and under planned, though, Addis isn’t interested in any of this. Shacks butt up against high rises, the fabulously rich dodge the spectacularly poor. None of this makes Addis exceptional. But the fact that it is an African city, in a country where 93% of the population is unbanked and therefore untapped, means its potential for growth is almost unlimited.

And this in a land of 83 million people, the second largest in Africa. Everyday, people wash into Addis. As Gibson puts it: “Migration to cities is now so powerful, so universal, that people will create cities, of sorts, simply through migration – cities that literally consist mainly of the people who inhabit them on a given day.”

This is indeed what Addis can seem like – a city formed barely a century ago, on a whim – ever changing in its purpose. Its existence justifies its existence, and makes it a vector for politics and thus, for the future. Not just for the city. Not just for Ethiopia. But for the entire continent. Nowhere speaks as articulately for the changes that are to come.

There is not a KFC or a Starbucks anywhere in sight in amongst the flow of international commerce. Addis is its own beast. Its growl can be heard across Africa. And looking out from my hotel balcony, I am reminded of nothing so much as Neuromancer‘s opening line: “The sky above the port was the colour of television, tuned to a dead channel.”