The King is back! Thierry Henry's triumphant return to...

The King is back! Thierry Henry’s triumphant return to Arsenal 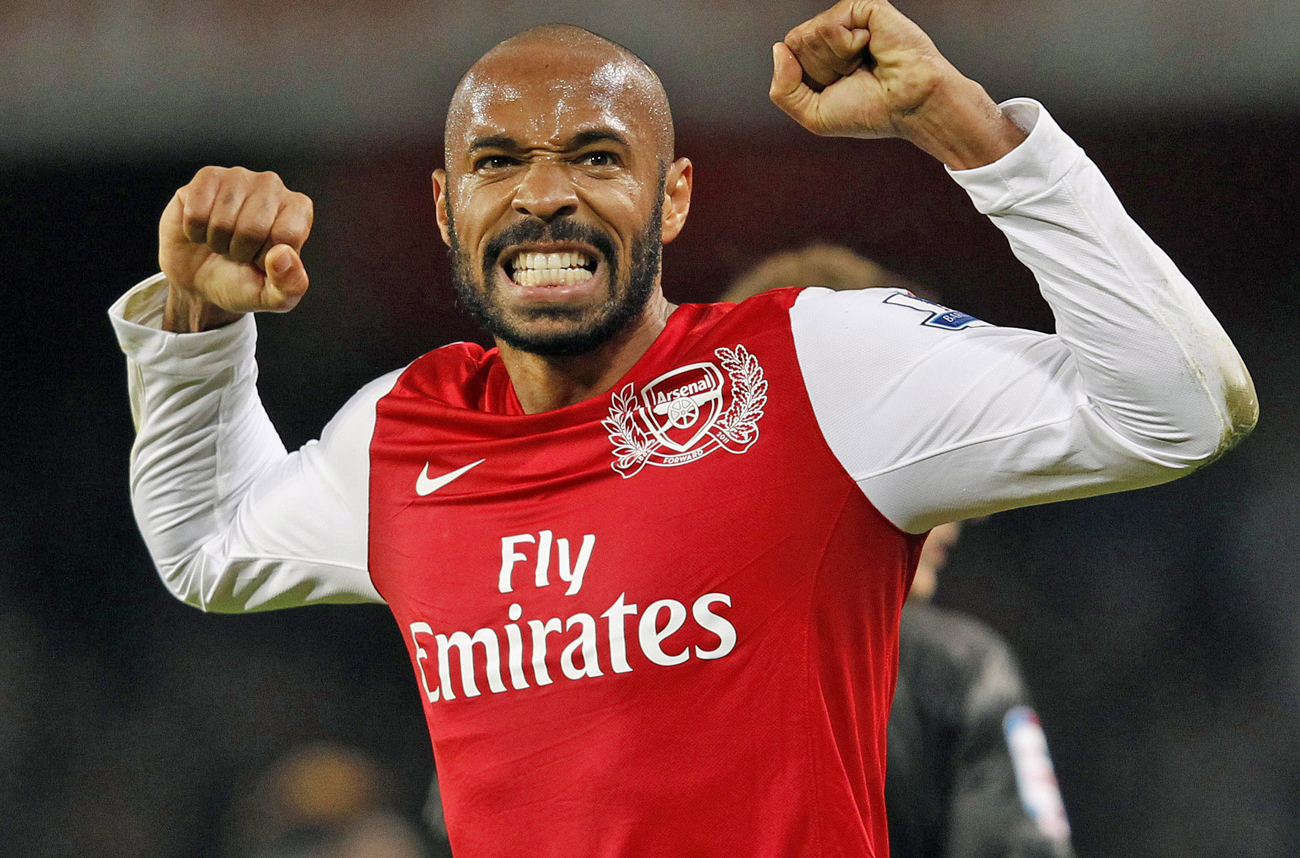 It was the dream return to the Emirates that every single fan wanted: Arsenal legend Thierry Henry scored the winner against Leeds United in an otherwise uneventful FA Cup fixture. You’ll be hard-pressed to find someone who is unmoved. By our decidedly unbiased SIPHO HLONGWANE.

Seldom has a man’s return to the Premier League received more coverage. Then again, it isn’t often that a living talisman returns to ply his trade.

Six years after leaving Arsenal FC to play for Barcelona in Spain, Henry returned to the Emirates Stadium as a player. For some reason, Major League Soccer runs along the calendar year, whereas most leagues in the world start and end in June. The MLS season break is, therefore, in January and February, just as the wear-and-tear of the EPL starts to set in. Not content to sit back, Henry, who plays for the New York Red Bulls these days, travelled to London to train with his old side. Arsenal manager Arsène Wenger was impressed enough with what he saw to offer him a two-month loan deal, which he promptly accepted.

On Monday, Wenger put Henry on the bench against Leeds. Last season, Arsenal struggled to defeat the Championship side, first drawing at the Emirates and then needing to travel to Yorkshire in the return fixture (which is only played in the event of a draw in the FA Cup). With some 20 minutes to go and Marouane Chamakh failing to score, purely due to the poor passes and crosses he was getting, Henry was brought on. Unbelievably, with his fifth touch in the game, Henry latched on to a brilliant pass from Alex Song to stroke the ball into the far corner, past the Leeds keeper. “Remember when we used to see that every weekend,” sighed on Gunners fan on Twitter.

That one goal proved enough to prevent a trip north.

Commenting after the match, the normally composed Wenger said, “He was already a legend here, but he added just a little bit more to the whole story with that goal. It was a little bit like a dream. It was a story you would tell young kids if you want to tell them a story about football. Unfortunately it doesn’t often happen like that in our game, but it did tonight.”

The press itself could barely hide its delight. Almost every headline about the match described Henry’s return as a “dream start”. Of course, the same people had regarded Henry’s return with suspicion.

“The club’s leading goal-scorer, Henry was capable of the seemingly impossible when he was at the club in his pomp. But he is no longer in his pomp,” the Telegraph said on 6 January. “Would it not be better to remember him as he was rather than as he is? Or, as the saying goes, is his brand of class permanent anyway?”

Michael Lewis of the Daily Mail held the more rational position that Henry’s age would catch up with him very quickly. “Henry is no spring chicken. He will turn 35 in August and, last year, Achilles and hamstring injuries slowed him down, limiting him to 26 out of 34 matches,” he wrote. “When the Red Bulls played three games in eight days, Henry could not play on Wednesday if the game was played on artificial turf. I just don’t want to hear of an ailing Henry come June or July. Even if he acquits himself well and scores some goals, you have to wonder how much wear and tear it will take on his body.”
Try explaining that to the delirious Gunners fans. They don’t care. The legend is back.

It’s absolutely no surprise that Henry would be honoured this way. He still holds the club’s goal-scoring record, having put 227 of them – including last nights’ one – in total. He was also part of The Invincibles, an incredible team that went 49 games unbeaten in 2003 and 2004.

Much like Robin van Persie does these days, Henry was a captain who was often called upon to rescue his side upfront. It wasn’t just the ability to score almost whenever he felt like it, but it was the ability to lift the entire team with his electric pace and genius placement on the field. Henry was almost always exactly where he needed to be to receive a pass and then go on to score.

He had a darker side too, did the Arsenal and France captain. He could be an incredibly ungracious man – in the latter years, he was famous for his “arrogant” goal celebrations and often didn’t acknowledge the work of teammates that made his immense scoring streak possible. His ungraciousness also manifested itself in the infamous Hand of Gaul incident, where he used his hands to guide a ball to his feet in a World Cup qualifier match against Ireland, securing France’s miserable sojourn in South Africa 2010.

Henry’s brilliant goal rate (two goals every three games) eventually became a hindrance. His younger teammates were often too intimidated to pass the ball to anyone who was better placed than Henry, lest they offended their captain. Having accomplished everything he possibly could in the EPL, he left for Barcelona in 2007. By then, he had sealed his place as one of the three best foreign players to ever play in the EPL.

The main concern for the New York Red Bulls is for Henry not to get injured. And Wenger is smart enough not to get ahead of himself and make the great man start any matches. Henry was brought on to deputise for Van Persie in the absence of Gervinho and Chamakh, who are playing in the African Cup of Nations, and that’s the role he’ll be happy to play.

By the looks of things, we’re in for more brilliance from the living legend. DM Photo: Arsenal’s Thierry Henry celebrates at the final whistle after his goal helped to beat Leeds United in their FA Cup soccer match at the Emirates Stadium in London, January 9, 2012. REUTERS/Eddie Keogh.