Piers Morgan's first year - what the ratings (and other...

Piers Morgan’s first year – what the ratings (and others) say 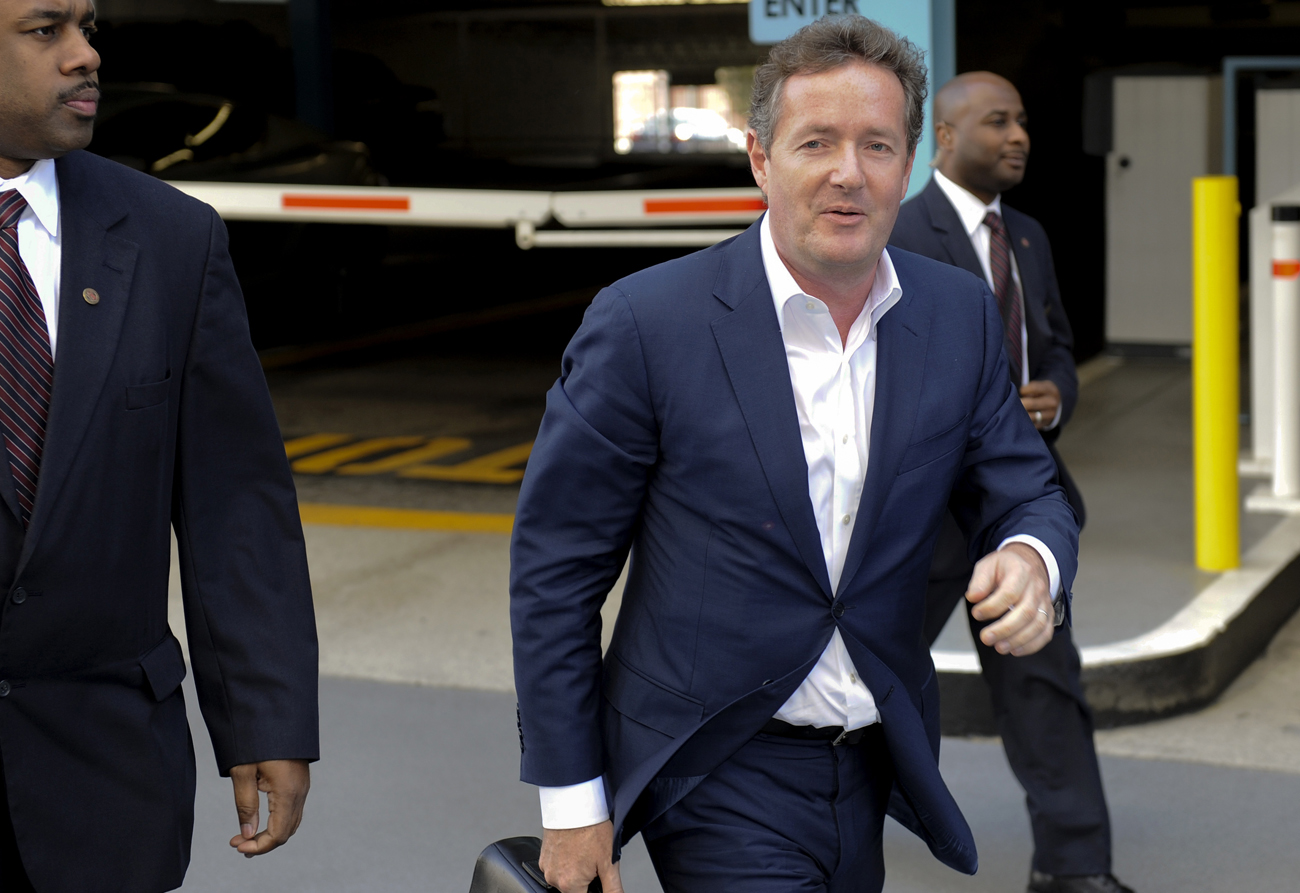 Since he took to the network news airwaves in January last year, Piers Morgan has inspired many column inches on his style and braggadocio. Now, however, the Nielsen averages for 2011 are out. So how has the man who came up as Rupert Murdoch’s editorial wunderkind really done in his first year as Larry King’s replacement on CNN? By KEVIN BLOOM.

If nothing else, it required major cojones. Piers Morgan’s first show as Larry King’s replacement on CNN, which took place in mid-January last year, saw none other than Oprah Winfrey in the interviewee’s seat—she who is the only person to appear on Time magazine’s list of most influential people in the world eight years running; she who Maureen Dowd called the “top alpha female” in the United States; she who led the Wall Street Journal to coin the term “Oprahfication,” meaning “public confession as a form of therapy”. But Morgan had a good reason for taking his brand-new career so boldly in his hands. His bet was that viewers would tune in en masse to discover the answer to a simple yet compelling question: would the former British tabloid editor, an upstart in the world of American talk-show TV, be able to wring a public confession from the empress of the genre herself?

It turned out that he would. The man who’d introduced himself to American audiences as the winner of The Celebrity Apprentice actually “Oprahfied” Oprah—by getting her to cry on his inaugural show. It was right at the end of the exchange, when Morgan got Winfrey to talk about Martin Luther King. “Now you are going to make me weep,” said the queen of hosts. “I could weep over that.” Asked why, she explained: “I would because I hold him in reverence. And I know that I would not be here… this life… the dream that I live in, would not be possible if he hadn’t had been who he was.” Morgan ended off with this piece of inspiration, after Winfrey spoke about how proud King would’ve been to see a black president of the United States: “That he would see an America where the most powerful man and woman are both black… for Martin Luther King I would say that would be the culmination of that journey he talked of, that dream.”

Cue waterworks. The ratings for the first airing of Piers Morgan Tonight were 2.1 millions viewers, enough to beat Rachel Maddow of MSNBC and 219 percent above Larry King’s average final quarter for 2010. Still, while the line-up for the rest of Morgan’s debut week included Rudy Giuliani, Ricky Gervais, George Clooney and Howard Stern, he did not impress everyone. In a trenchant column for Vanity Fair, James Wolcott pointed out that “there are only so many big gets until you reach the bottom of the cereal box.” Then he wrote this:

“And it’s a one-shot proposition. Booking a big get for the full hour leaves no one warming up in the bullpen if the interview craps out and cavalry relief is needed. Look at Larry King. He had a trophy wall of big gets over the course of his career, but what kept his show going night after night, week after week, eon after eon, were the running soap operas (O. J. Simpson, Monica Lewinsky, the disappearance of Chandra Levy, the death of Michael Jackson) that became floating crapshoots—countless panels of pundits and former prosecutors gnawing on the same dog bone, frothing away.”

To his credit, although he wondered aloud whether Morgan was “returnable,” Wolcott didn’t totally dismiss the annoying Brit. He acknowledged the wisdom of the show’s producers in bumping interviews with Colin Firth and Kid Rock to a later date, in order to focus on unfolding events in Egypt. Tellingly, according to new data that has just been released from Nielsen—covering the period from January 2011 to early December—the biggest week of Piers Morgan Tonight was the week commencing 14 March, when guests included Anderson Cooper, Thomas Friedman, David Remnick, Rudi Giuliani (again) and Benjamin Netanyahu. It will be noted that three of these names are career journalists and one is a sitting head-of-state—meaning that punditry and politics, as opposed to showbiz and scandal, has been the real success at the core of Morgan’s first year at CNN.

Other key data from Morgan’s first year, thanks to the Guardian, includes the following:

All suggesting rather strongly that the big executives at Ted Turner’s former baby made a good decision. Also, Morgan appears to have emerged from the Murdoch empire phone hacking scandal relatively unscathed. His editorship of the now-defunct-and-disgraced News of the World, added to his provocative public statements over the years about what is and isn’t ethical journalistic practice (put it this way: in Morgan’s universe, the ends almost always justify the means), led more than a few of his enemies to call for his head. So far, not one of these so-called incriminating statements have been conclusively linked to an illegal act. And while New York magazine has echoed the sentiments of many with the observation that his career strikes one as an affront to the notion of karma, the Morgan star is still very much in the ascendant. DM