Higgs boson: What's mass got to do with it, anyway?

Higgs boson: What’s mass got to do with it, anyway? 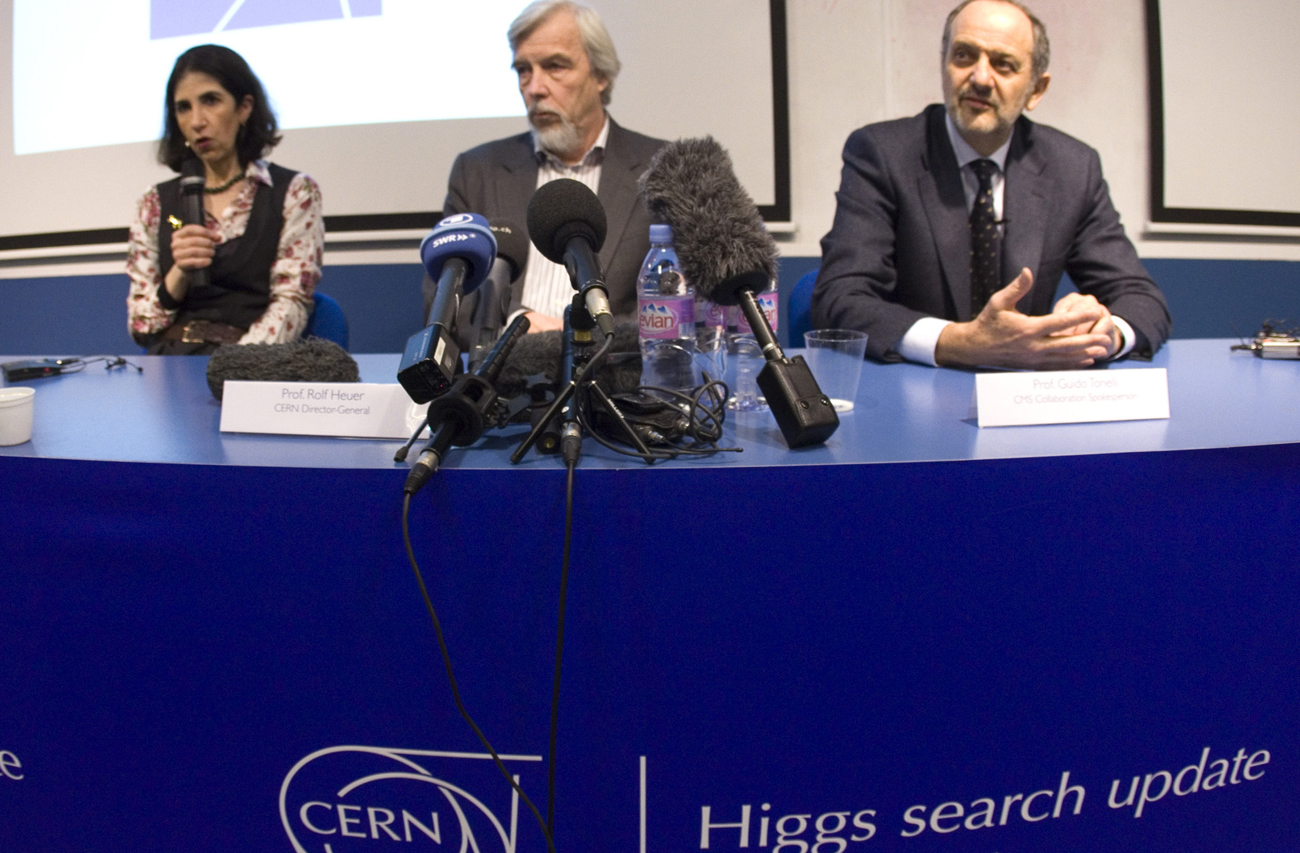 Among physicists, there is now a largely worked out, generally internally consistent theory for how the universe works. However, there is a whopping hole in the model as it does not explain how it is that particles have mass – the answer to which lies with the elusive Higgs boson.  By J BROOKS SPECTOR.

After months of back and forth on whether or not the fabled Higgs boson subatomic particle has actually been sighted – or, more properly generated by the massive fire-power of Cern’s Large Hadron Collider buried under the French and Swiss countryside and then measured – scientists now seem convinced that at least they now know where to look for it properly. On Tuesday, scientists in Europe at a live-streamed international press conference, announced they think they finally have the goods on that elusive Higgs boson, the so-called “God particle”, even if they haven’t yet cornered the little critter.

Back in 1964, six scientists, including English physicist Peter Higgs, first proposed the Higgs mechanism, although, so far, the Higgs Field is only a theoretical description. Among physicists, there is now a largely worked out, generally internally consistent theory for how the universe works – including all of the sub-atomic particles that make up atoms and molecules, along with more exotic particles. This is called the Standard Model. But, and this is the big one, there is a whopping hole in this model as it does not explain how it is that all those particles have mass. The Higgs mechanism was proposed to fill up this hole – in the explanation.

In case the reader is wondering why in the world it has been nicknamed the “God particle”, its theistic moniker came from Nobel prize-winner Leon Lederman. Higgs, himself, has never been found of that handle, saying, “I find it embarrassing because, though I’m not a believer myself, I think it is the kind of misuse of terminology which I think might offend some people.” Higgs adds this name wasn’t even Lederman’s choice to call it the God particle. Higgs says “He wanted to refer to it as that ‘goddamn particle’ and his editor wouldn’t let him.” That, however, would probably have infuriated worshippers of Satan instead.

What’s mass got to do with everything anyway? In lay terms, mass is just a measure of how much stuff an object – a particle, a molecule, or a 747 – contains. Without mass, the fundamental particles that make up atoms of 747s would fly off at light speed apart from each other. If that happened, nothing would clump together into matter and it would be a pretty boring universe. To deal with this rather big problem, the Higgs mechanism proposes a field permeating the universe – the Higgs field – that allows particles to obtain their mass. Interactions with this field – and the Higgs bosons that come from it – thereby give particles their mass. The usual metaphor scientists have been using to explain this to rest of us is that it is a bit like a field of snow: the act of trudging through it impedes one’s progress. The process of one’s shoes interacting with the snow particles slows a walker down and thus is a nice crisp analogue of how those elementary particles gain mass. Got it? Just don’t ask us yet how the Higgs field gets whatever it is that gives the bosons a chance to give subatomic particles their snow, er, mass.

Does this discovery, when and if it happens, have any immediate utility for anyone who doesn’t have a super collider to play around with?  While University of Maryland physics department head Drew Baden agrees, “not really”, he adds it would offer a really interesting look at particles that have not been around since the first trillionth of a second after the big bang. (Physicists talk like that a lot – which is probably why British writer CP Snow famously argued scientists and the rest of us have such a giant communication gap.)

However, looking rather further ahead, the Higgs boson should help physicists unlock the nature of mass itself – and help us get a bit beyond that field of snow analogy. As Steven Nahn, MIT associate professor of physics says, “Think about a hundred years ago. One hundred years ago, we couldn’t control the electron. Now I can talk to you on something the size of a credit card from miles away. Imagine what you could do if you could control mass like that. That’s science fiction right now, but so was electrodynamics. There’s no killer app for what we could do with the Higgs boson in our hands right now, but there’s a lot of potential there.”

The year 2011 has been a particularly interesting year in science, what with the discoveries of some new, truly ancient hominids in the exurbs of Johannesburg, this can-almost-touch-the-Higgs-boson thing, the possibility neutrinos violate a basic law of physics and zip around faster than that ultimate speed limit – the speed of light, and the discovery of some possible Goldilocks zone planets like Kepler 22b we could migrate to if some future COP71 doesn’t work out so well after all – just as long as we can live really, really long lives. DM