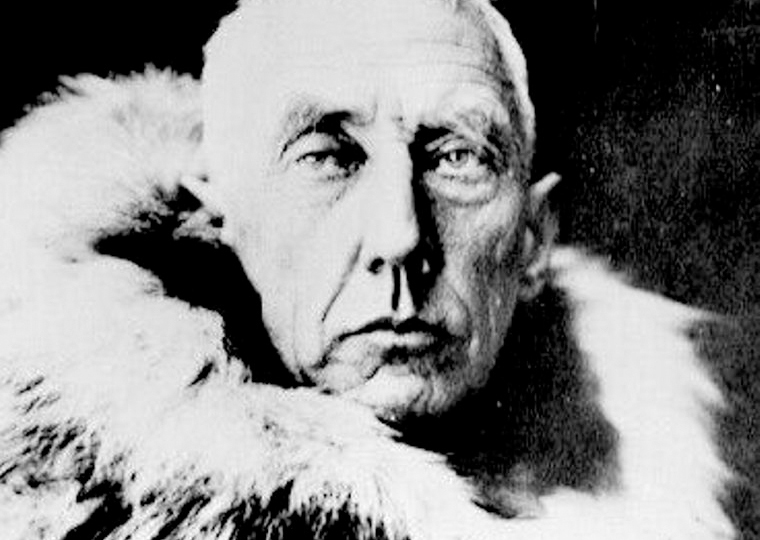 The Norwegians have long known what the English-speaking world has for most of the last 100 years refused to admit – in terms of achievements alone, Roald Amundsen was the greatest of the polar explorers. On this day, a century after he claimed the South Pole for the first time, we look at some of the other “firsts” that Amundsen has been denied by popular history. By KEVIN BLOOM.

While the following assertion may be known to some, it probably hasn’t yet seeped into popular consciousness, and so bears repetition at the outset: Roald Engelbregt Gravning Amundsen, born in July 1872 to a family of Norwegian shipowners, was for most of the twentieth century the most cheated man in the history of geographical exploration. It wasn’t until the coming of a new millennium, in fact, that his legacy was accorded its rightful due, partly with the release of the January 2000 edition of the International Journal of Scientific History (co-published with the University of Cambridge), which carried the provocative yet self-assured subtitle “Amundsen: Cheated & Uncheated”.

Cheated how? Well, not insignificantly, Amundsen appears to have been the first man to reach “each” of the Earth’s poles. In May 1926, accompanied by 15 men, he made the first crossing of the Arctic in the airship Norge, a journey that took him over the North Pole. The three previous claims to have arrived at the North Pole – by Frederick Cook in 1908; Robert Peary in 1909; and Richard Evelyn Byrd in 1926 (just a few days before the Norge) – had for decades been in dispute, but it was mostly in the above paper that these fallacies (or, less generously, “hoaxes”) were collated and rubbished once and for all.

Thereafter, the gloves were off. In December 2000, the two leading investigators of polar hoaxes appeared together on the History Channel to celebrate the growing recognition of the injustice done to Amundsen, and to make known to the American public that their ignorance of the name and the real history was the result of an elaborate and long-lasting ploy. Then, on 12 May 2001, Reuters reported live from over the North Pole that a group of celebrants were toasting Amundsen’s priority there exactly 75 years earlier – the 2001 group had been flown to the Pole by the Norsk Polarinstitut, accompanied by its director, Olav Orheim. Which, contrary to those who argue for Ernest Shackleton, would make Amundsen the greatest of them all. Still, it’s really only the Norwegians themselves who nowadays universally accept what science and academic history have on balance proven to be true, so the majority of retrospectives on Amundsen tend focus on his greatest feat – his arrival, a century ago, at the South Pole.

It happened like this: After crossing the Northwest Passage, Amundsen decided to head on to explore the North Pole Basin. He ran into problems raising funds for the expedition, and when he heard, in 1909, that first Frederick Cook and then Robert Peary had (supposedly) reached the Pole, he turned his attentions to Antarctica. Amundsen told neither the Englishman Robert F. Scott – who had mounted an earlier unsuccessful attempt on the South Pole, and was planning a return – nor the Norwegians of his plans, as he suspected he might be scuppered. It was only once Scott reached Australia, in late 1910, that he received the following telegram from Amundsen, who had sailed his ship the Fram to the island of Madeira in the Atlantic: “Beg leave to inform you Fram proceeding Antarctic. Amundsen”.

The race was on. Scott’s expedition arrived in Antarctica in January 1911, and set up camp on Ross Island in McMurdo Sound; the very same month, the Norwegians arrived at the Bay of Whales, about 640 kilometres further along the Ross Ice Shelf. After waiting out the winter, and trying a second time after an early-season departure ended in a mutiny, Amundsen’s party began the trek to the Pole on 20 October, with five men and 50 dogs. Scott left his own base camp on 1 November, with support parties, motor sledges, dogs and ponies. Eventually, in a story that’s achieved mythical status everywhere English is spoken as a first language, Scott would be forced to abandon all of the above – and his last remaining men would have to pull their most urgent supplies over the ice with man-harnesses. The BBC politely picks up on the Amundsen narrative, which has since entered the hallowed mythology of Norwegian speakers: “Relying on the skill of his two expert dog-drivers, Amundsen’s party made swift progress up the newly discovered Axel Heiberg Glacier and across the Polar Plateau. At 3pm on 15 December 1911 (the date is sometimes given as 14 December – the difference being due to differing interpretations of the international date line), the Norwegian train halted: they had reached the Pole. Amundsen’s diary entry for this momentous occasion was typically succinct: ‘So we arrived and were able to plant our flag at the geographical South Pole. God be thanked!’”

Scott arrived at the Pole 33 days after Amundsen, and would die – together with his four comrades – on the return journey to base camp. In June 1928, while searching for survivors of an airship disaster, Amundsen’s plane would crash into the Barents Sea, and disappear without a trace.

Outside of Norway, Amundsen’s legacy as the most dour and uninspiring of the polar explorers would endure for the rest of the twentieth century. But on this day, exactly a century after his arrival at the South Pole, it’s perhaps the great man’s own words on that momentous feat that best describes him: “I may say that this is the greatest factor – the way in which the expedition is equipped – the way in which every difficulty is foreseen, and precautions taken for meeting or avoiding it. Victory awaits him who has everything in order – luck, people call it. Defeat is certain for him who has neglected to take the necessary precautions in time; this is called bad luck.” DM