African News Innovation Challenge: $1-million in funding, but more about brains than money 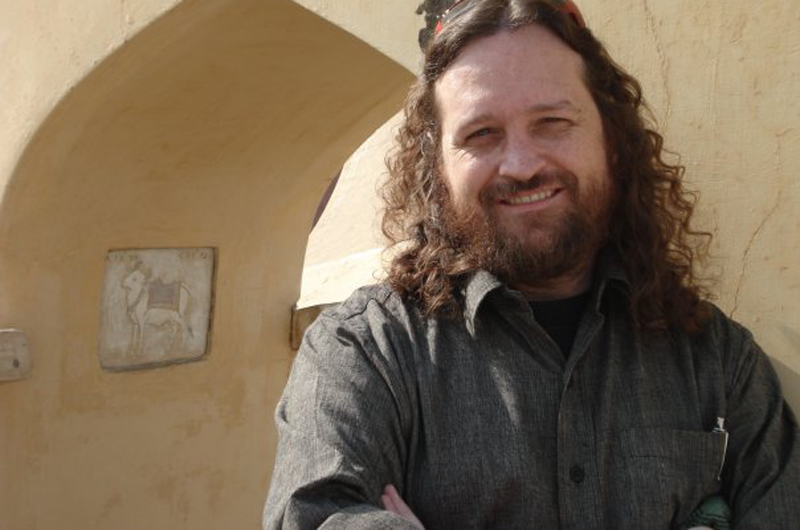 It's called the African News Innovation Challenge, and it has $1-million to award in start-up grants. Anic, which was announced in October, and had its soft launch in last week, will formally launch in January. THERESA MALLINSON talked to project manager Justin Arenstein about the thinking behind the initiative.

The premise of the African News Innovation Challenge is simple: it’s a fund that will enable African news organisations to experiment in the digital technologies and other newsroom innovations, at no financial risk to themselves. But it’s not about simply throwing money at problems; the projects that are chosen will also receive technical support and individual mentoring.

Anic’s project manager Justin Arenstein, who currently holds a Knight International Journalism Fellowship, is a passionate advocate of news innovation and, in particular, data journalism. “People often say there are not many data sources in Africa; it’s bullshit,” Arenstein says. “Even if it’s not available in country, it’s often available out of country.” Institutions such as the International Monetary Fund and the World Bank have detailed country data available, even where individual governments don’t make it readily accessible to their citizens. Arenstein says one of the aims of Anic is about “realising the wealth of information that’s available (and) the use it could have in the newsroom.

“A lot of African media… just regurgitates,” says Arensteins. “We seldom have the tools to go out and aggressively test what they’re saying.” Elaborating further, he says: “The problem is we (journalists) don’t have the programming and IT skills necessarily and IT geeks don’t have any concept of content, so they build fantastic tools, and they sink without a trace. The idea was how do we bring together these two very different constituencies?”

Answering his own question, Arestein says that: “One of the ways that’s worked internationally is to dangle a very big carrot in front of them.” And so the concept of the African News Innovation Challenge was born. Initially the Omdiyar Network put up $500,000 for the project, and this was soon matched. “It actually only took us two-and-a-half months to raise a million dollars,” says Arenstein. “There is money available for innovation and experimentation.”

The challenge will work like this: in January, at the formal launch, Anic’s advisory council and judging panel will be announced. Arenstein says these two bodies already include people from the Bill & Melinda Gates Foundation, the Knight Foundation, the International Centre for Journalists, and Google. In February, a call for entries will go out. “We envision a two- to three-month window period, during which people will post their idea on a public forum, and we’ll casually invite the rest of the industry to help refine that idea,” says Arenstein. “This is not really an initiative for people who want to build top-secret (projects). Ideas are cheap; it’s actually execution that builds sucessful products and successful projects.”

Winners will be announced in the third quarter of 2012, and then the hard work really begins. “We’ve tried to learn from what people have done in the US and Europe and elsewhere,” says Arenstein. “We’ve looked at the innovation funds that seem to have had an impact, like the Knight News Challenge. They’ve learnt from what works best, and what doesn’t work best. Simply throwing money at a bunch of inonvators, and giving them all that money upfront, doesn’t really help.”

To this end, money given to Anic awardees will be released in tranches, with each project receiving between $12,500 to $100,000 depending on its scope. “The model that we’re looking at using is helping people sit down and very critically reassess their proposal, and break it down into bite sizes,” says Arenstein. And if any of the start-ups fail, that won’t be a problem; it’s the nature of the business.

Innovators that are awarded funding will find themselves in an open environment. “Ideas that win (can) evolve during course of development,” says Arenstein, adding that development time will be anything between 12 and 18 months. “We’re not going to hold people religiously or fanatically to the original concept,” he says. And they’ll be given plenty of help and support along the way. “Where there are gaps in their own team, we’ll try and plug those gaps by bringing in external people,” Arenstein says. “And right from the beginning we’re going to try and give them some of the world’s best media economists, to develop some of the most robust models.”

Commenting on the innovation the project intends to foster in African media, Arenstein says: “You almost need a crisis where there’s real pain in a marketplace, for people to go out and invent something to solve it.” With the backing of the African Media Initiative, the Omidyar Network, the International Centre for Journalists, Google, the Knight Foundation, Konrad-Adenauer-Stiftung, the US Department of State, and the World Association of Newspapers and News Publishers – all of whom are contributing either funding or expertise – the African News Innovation Challenge has already garnered high-level support. Now it’s up to the journalists and media workers of Africa to meet the challenge. We look forward to seeing what they come up with. DM

Note: We will update this article with a link to the African News Innovation Challenge website as soon as it launches.