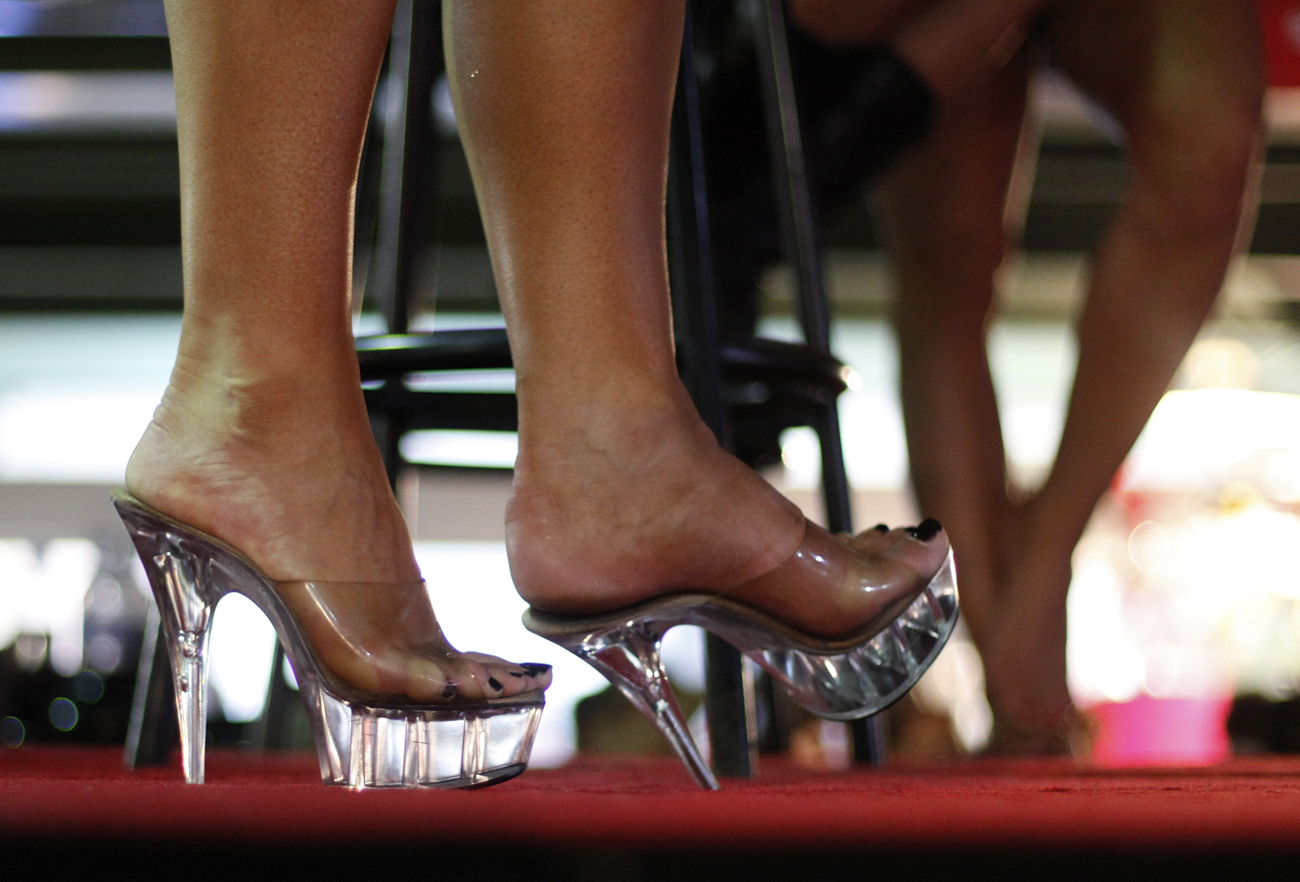 It flopped when DSTV tried to do it last year. The now-defunct Free2View also couldn’t get it up on our screens, nor could OtherChoice when it tried to ride MultiChoice’s infrastructure back in 2002. Now another upstart is trying to give the people what they want but are too sheepish to demand, surfacing the dilemma with which we view sex and sexuality. By OSIAME MOLEFE.

The Stevenson Gallery in Cape Town is currently running a group exhibit titled “What we talk about when we talk about love” – inspired by the Raymond Carver short story of the same name. As part of the exhibit, artist Anton Kannemeyer explores sex, censorship, taboo and desire using sexually explicit illustrations interposed with the words of novelist and poet D.H. Lawrence. Kannemeyer’s contribution to the exhibit is a pincered cerebral-carnal assault on the idea – as set out in Lawrence’s poem, Conundrums – that you can do something (and enjoy it, thoroughly) yet flush red and avert your eyes when it is described in a story, let alone set to cheesy music and acted out for your viewing pleasure. We’re talking about sex, baby.

But already doubts are emerging as to whether PSat will even be allowed to launch or, if it does launch, stay on air. According to Icasa spokesman Paseka Maleka, neither the channel nor African Satellite Installations has a broadcast licence to offer the service within South Africa. Even signals that originate from outside of South Africa need permission from Icasa to operate in the country, Maleka said. Icasa will be looking into the matter and may act against those concerned.

TopTV, whose name has appears on much of the new channel’s advertising material, has been swift to distance itself from PSat. On Digital Media, which provides the TopTV service, on Monday registered its shock at the implied association with PSat. Mark Liebenberg, On-Digital Media’s senior VP of sales and marketing, said, “PSat is misusing and misrepresenting the TopTV brand in the market place. We have already made urgent submissions to the relevant industry bodies and regulators and will be launching legal proceedings against PSat.”

Lobby groups are also moving in. Errol Naidoo, director of the Family Policy Institute, called on the government to investigate claims that PSat could broadcast without having to comply with South African regulations. He said, “I will write to Christian leaders and organisations across the country to actively oppose this channel by boycotting any company associated with it.”

African Satellite Installations owner John Solomon did not respond to requests for comment.

OtherChoice eventually turned to the courts for relief with no luck. North Gauteng High Court judge Ben du Plessis dismissed OtherChoice’s application and ordered it to pay Icasa’s and MultiChoice’s legal costs. Judge du Plessis wrote, “It is clear that Don’t Panic TV, assisted by the applicant (OtherChoice), is broadcasting into South Africa.”

Judge du Plessis’s ruling could be used to argue that by providing the decoder and the smartcard, African Satellite Installations is assisting PSat to broadcast into South Africa and is thus broadcasting illegally.

Setting itself up to face the same opposition, TopTV applied in September to Icasa for permission to add no less than three adult channels to its service offering. The public comment period for the application closed last week and Icasa will review the submissions to decide on how to proceed.

According to Liebenberg, research shows that there is a definite market for adult content and channels in South Africa.

“Television viewers have the right to choose what content they view in the privacy of their own homes. By offering these channels on a secure and encrypted pay-TV platform, it will not be possible for the three additional channels to be viewed inadvertently by TopTV subscribers,” he said. The channels will be highly encrypted, PIN-code protected and will only be available as part of a separate add-on subscription.

This about turn by TopTV a short 12 months later surfaces perhaps a third aspect to Lawrence’s conundrum, updated for modern times. Betwixt desire and denial lies commerce, which in the near monopoly that is the country’s pay-TV market, might prove to be the tiebreaker. DM