Trial and error: Laurent Gbagbo at the ICC

Trial and error: Laurent Gbagbo at the ICC 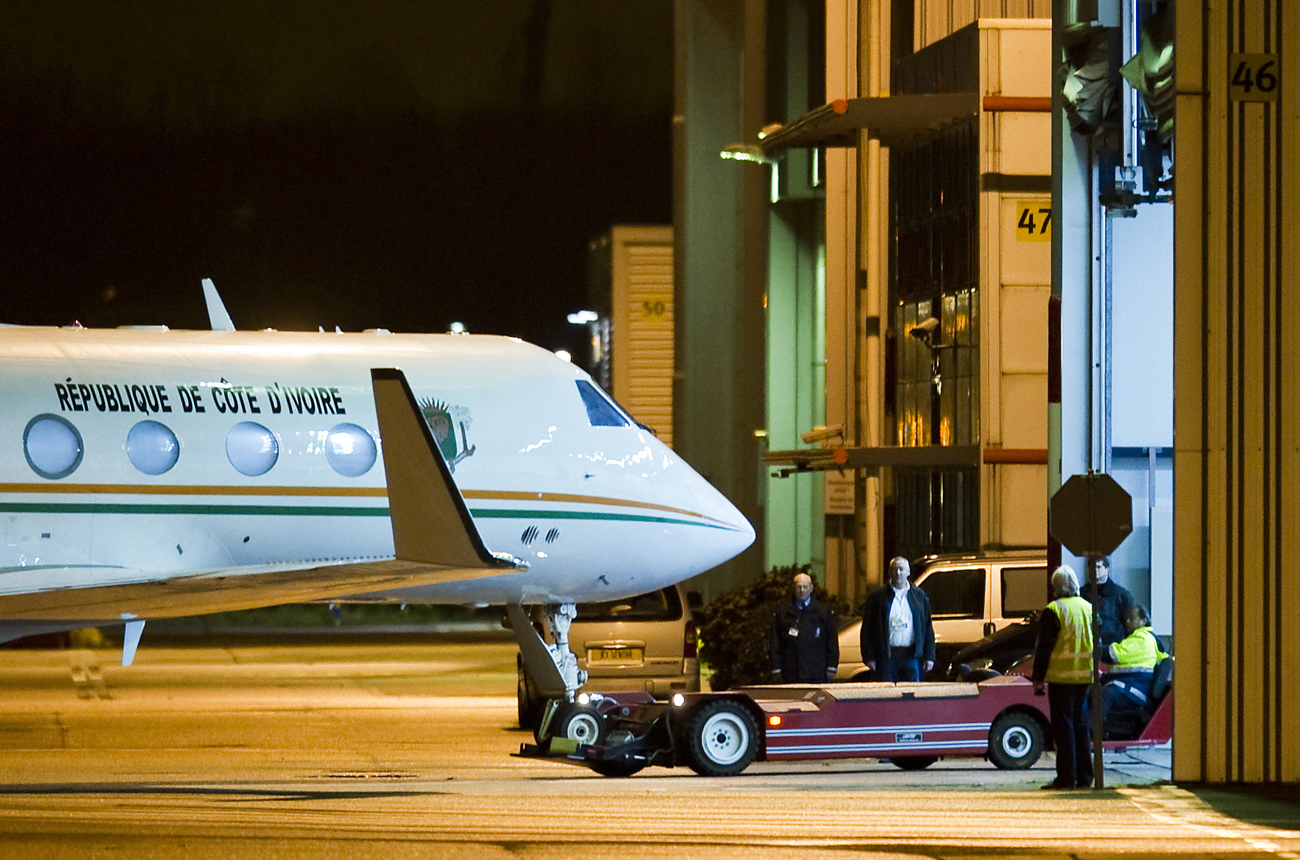 There’s little doubt that Laurent Gbagbo, the former president of Côte d’Ivoire, deserves to stand trial for what happened under his watch and, allegedly, under his direct command – the rapes, the beatings, the murders. But is the International Criminal Court the best place to see substantive justice done? And is now the right time to do it? SIMON ALLISON is not so sure.

Oh, how the mighty have fallen. It was earlier this year, 11 short months ago, that Laurent Gbagbo  was sitting pretty in his presidential palace in Côte d’Ivoire. There were elections coming, but he wasn’t too worried; he had the advantage of incumbency, and knew that if somehow he didn’t win the vote, he could always fix it. But fixing these elections proved more problematic than he’d anticipated, and his ham-fisted attempts at manipulating the results inflamed the opposition, both the politicians and the militia groups who were anxious for any opportunity to seriously challenge Gbagbo’s authority.

The result was a civil war, of sorts; not quite as devastating as the Libyan version, but certainly worse than mere post-election violence. In the course of the conflict, which pitted opposition-aligned militia groups against Gbagbo’s army and police units, at least 3,000 people were killed and 150 women were raped. Eventually, Gbagbo couldn’t hold on to power any more, and was captured in the presidential palace which no longer belonged to him, emerging from his bunker looking dazed and confused.

That was in April. Since then he’s been kept in jail. Meanwhile, the leader of the opposition and rightful winner of the elections, if only just, has been consolidating his power. Alassane Ouattara has carefully neutered the more dangerous Gbagbo supporters through the not always judicious use of arrest and execution, this latter tactic allegedly employed summarily by the militia groups over whom he has little control.

But dealing with Gbagbo himself was too much for Ouattara’s fragile administration and so they turned his case over to the International Criminal Court. Its investigation led to the issue of a secret arrest warrant, which was executed to perfection on Tuesday evening. As soon as Gbagbo was told that he was being charged with crimes against humanity, he was whisked onto a plane. No one knew he was gone until he was well on his way to Rotterdam airport, where he arrived early Wednesday morning, making history in the process: Gbagbo will be the first head of state to be tried by the ICC.

His situation is an almost text book example of why the ICC was established. The ICC isn’t there to worry about petty theft or shoplifting. Its purpose is to go after those individuals whose actions pose a serious threat to humanity as a whole, hence the scale of their crimes must be significant. And the charges against Gbagbo fit that bill. As the ICC explained: “Gbagbo allegedly bears individual criminal responsibility, as indirect co-perpetrator, for four counts of crimes against humanity, namely murder, rape and other forms of sexual violence, persecution and other inhuman acts.”

But there’s another factor which is just as important, and which applies here. The ICC was never intended to replace a country’s own criminal justice proceedings, where they are fair; only if the country concerned isn’t able to conduct a proper trial itself would the ICC step in. In this case, Côte d’Ivoire’s Ouattara put his hand up and asked for help. The ICC gave it.

But before we all get caught up in celebrating the achievement of the lofty ambitions of international justice, it’s worth remembering a few of the base political considerations that went into Gbagbo’s impending trial in The Hague. The decision wasn’t all noble and just.

Firstly, from Ouattara’s perspective: Côte d’Ivoire’s new president has been making all the right noises about reconciliation and peace, but so far the offenders that committed their crimes to Ouattara’s advantage have not been held accountable. Ivoirian authorities have arrested plenty of Gbagbo’s thugs, but no one else. To be fair, one sided justice looks a lot more like revenge, or “victor’s justice”,  as one of Gbagbo’s advisors described his arrest. And Ouattara’s plea for help from the ICC is a slap in the face to the Côte d’Ivoire Truth and Reconciliation Commission, which he established to deal with the problems; apparently, even Didier Drogba’s participation can’t rescue a process which needs buy-in from the top to succeed. In addition, it seems too much of a coincidence that the country is holding parliamentary elections on 11 December. Let’s not forget that Gbagbo still won nearly half of the last vote, so it seems very convenient for Ouattara that the people that voted for Gbagbo have now been deprived of their rallying symbol, while Ouattara’s campaign will have received a significant boost.

And then from the ICC’s perspective: Undeniably, this is a major coup for Luis Moreno-Ocampo, chief prosecutor of the ICC whose nine-year term will expire next year. He was the court’s first prosecutor and has had to iron out plenty of teething problems without much precedent. But he’s also attracted lots of criticism over how he’s handled cases – a lack of sensitivity and perceived political bias being his chief flaws. There’s the issues around the court only trying black Africans, the issue about whether the arrest warrant for Sudan’s Omar al-Bashir did more harm than good and recently the issue over whether the ICC warrant for Gaddafi was less concerned with justice and more about providing another fig leaf for western countries to justify their military involvement. But the successful international prosecution of a former head of state would certainly make Ocampo’s legacy shine.

Ultimately, Ocampo, Ouattara and the ICC will only be vindicated in the course of events. If Côte d’Ivoire remains stable, if Gbagbo’s prosecution is successful and perceived to be so and if justice is served to aggressors on the other side of the conflict, then a historic precedent will have been set: heads of state can be tried by the international community. Failing that, the ICC will have some serious credibility issues and Ouattara will have been proved no better than Ggagbo. DM