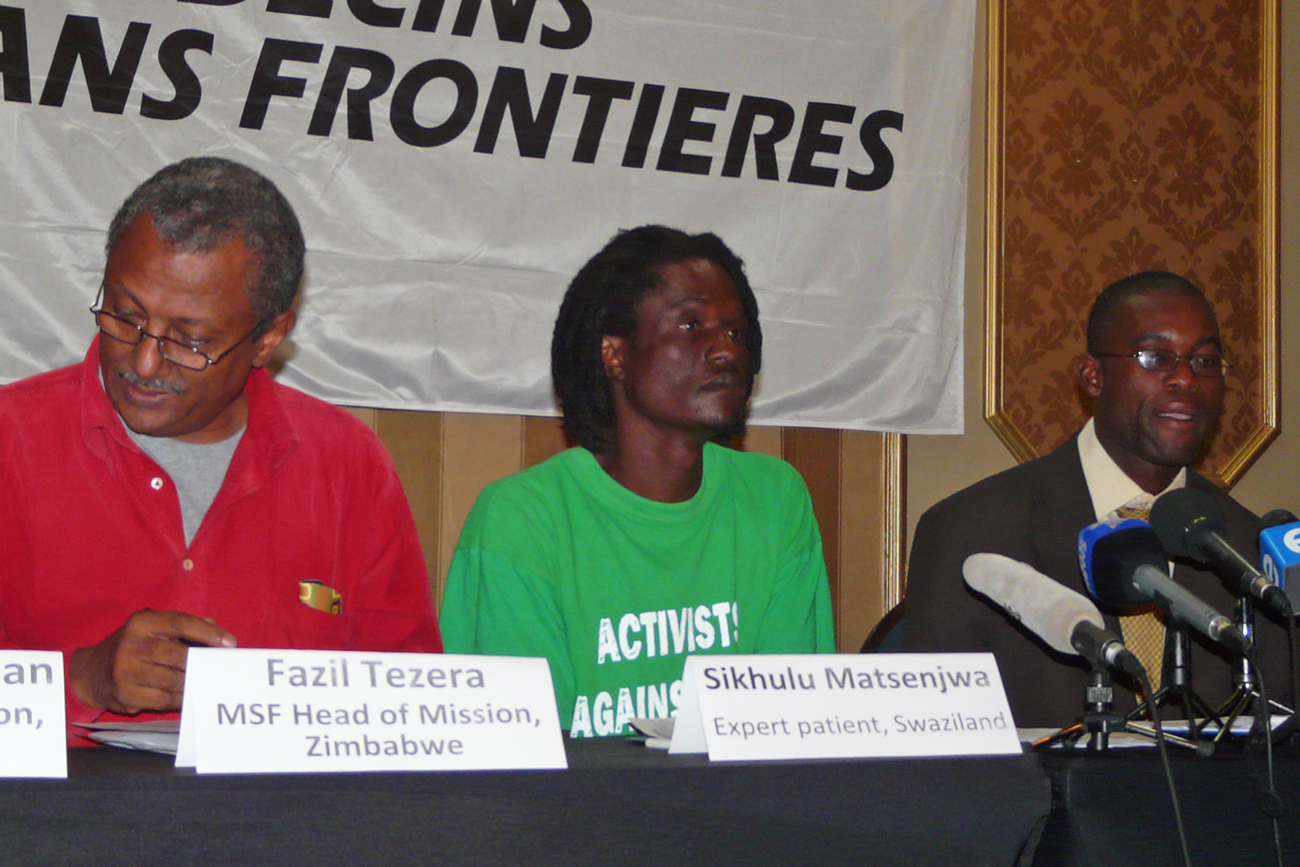 It isn’t just South Africa that has an almost insurmountable HIV/Aids problem. Countries like Swaziland have it worse: they are hit by the double whammy of the pandemic and a really bad economy, which severely limits treatment programme options for the government. SIPHO HLONGWANE spoke to Swazi “expert patient” and counsellor Sikhulu Matsenjwa about his experience of living with HIV/Aids in one of the poorest countries in the world.

South Africa currently funds about 90% of the antiretroviral treatment (ART) programme being run through its own funds. The health minister Aaron Motsoaledi said that there was a recognition from the earliest stages of the programme that basing it on foreign donations and grants was completely unsustainable, and thus they stayed away from that option as much as they could.

Other neighbouring countries didn’t have that luxury. It is thought that about 60% of Zimbabwe’s ART is funded by The Global Fund to Fight Aids, Tuberculosis and Malaria, a body set up by the United Nations in 2001 after it recognised the fight against HIV/Aids to be one of the most pressing challenges facing the world.

In Swaziland, the government has taken over the ART programmes previously run by the Global Fund, the International Center for AIDS Care and Treatment Programmes and the Clinton Foundation. That step came with a new set of problems. The Southern African Customs Union is the main source of revenue for the Swazi government, and at the beginning of 2011, the country faced a major crisis as revenue from that source fell from $741 million to $281 million. The government has been forced to delay the payment of public wages, and now ART to some 90,000 people is threatened.

At the same time, the Global Fund announced that it would be cancelling an entire round of payment, which the Swazi government would have been hoping to use as a fall-back for the ART programme.

The move has left people like Sikhulu Matsenjwa stranded. It is likely that he may not receive the full package of ARVs that he needs on a weekly basis from April next year onward.

Matsenjwa of Lavomisa works for Médecins Sans Frontierès as an “expert client” and counsellor. He travels throughout Swaziland, educating fellow HIV/Aids carriers on how to treat the disease, and more importantly, how to cope mentally.

“People are being told rumours which aren’t true,” he says to iMaverick in a telephonic interview. “Some think that they are going to die within a few days of contracting this disease. I am telling people that getting HIV isn’t the end of their lives.

“There is a lot of mental disorder among HIV-positive people because it is so hard to accept,” Matsenjwa says.

Prior to working for MSF, he educated and helped HIV/Aids patients of his own volition.

Matsenjwa has already seen two wives pass away due to Aids-related complications. He currently lives with his third wife and seven children. Should the ART programme he relies on collapse, his entire family will suffer for it.

“At the moment, most people who are eligible for treatment are getting it,” Matsenjwa says. “But after April 2012, what is going to happen to all those people? The other problem is that the economy is going down bit-by-bit. If one person dies, it affects a lot of people around them. That is why we are praying to God that the Global Fund can do something.”

Matsenjwa’s greatest fear is a return to drug rationing, where a prescription meant for one person gets shared between three people. He was once there. He began treatment in 2004 after learning that he was HIV-positive in 2000, but even then his condition dropped because getting help was unaffordable at the time. It wasn’t so much the medication as the distances he had to cover at great expense to find ARVs that hindered him. His CD4 count was at 57 (1,200 is considered healthy) and he weighed 45 kilograms. Today, his CD4 is at 478 and he weighs 68 kilograms.

Matsenjwa says that it is difficult to say how he got the HI virus because it could have happened at a few points in his life. “I think it was by my own negligence. I noticed that there was something wrong with me, but before I got tested I was in a major car accident and got a blood transfusion,” he says. “But I also lived that life where you’re likely to get HIV between the ages of 18 and 30. But I’m not going to focus on trying to find that out now. I could be searching my entire life and never know. My focus now is helping other HIV patients and educating them.” DM