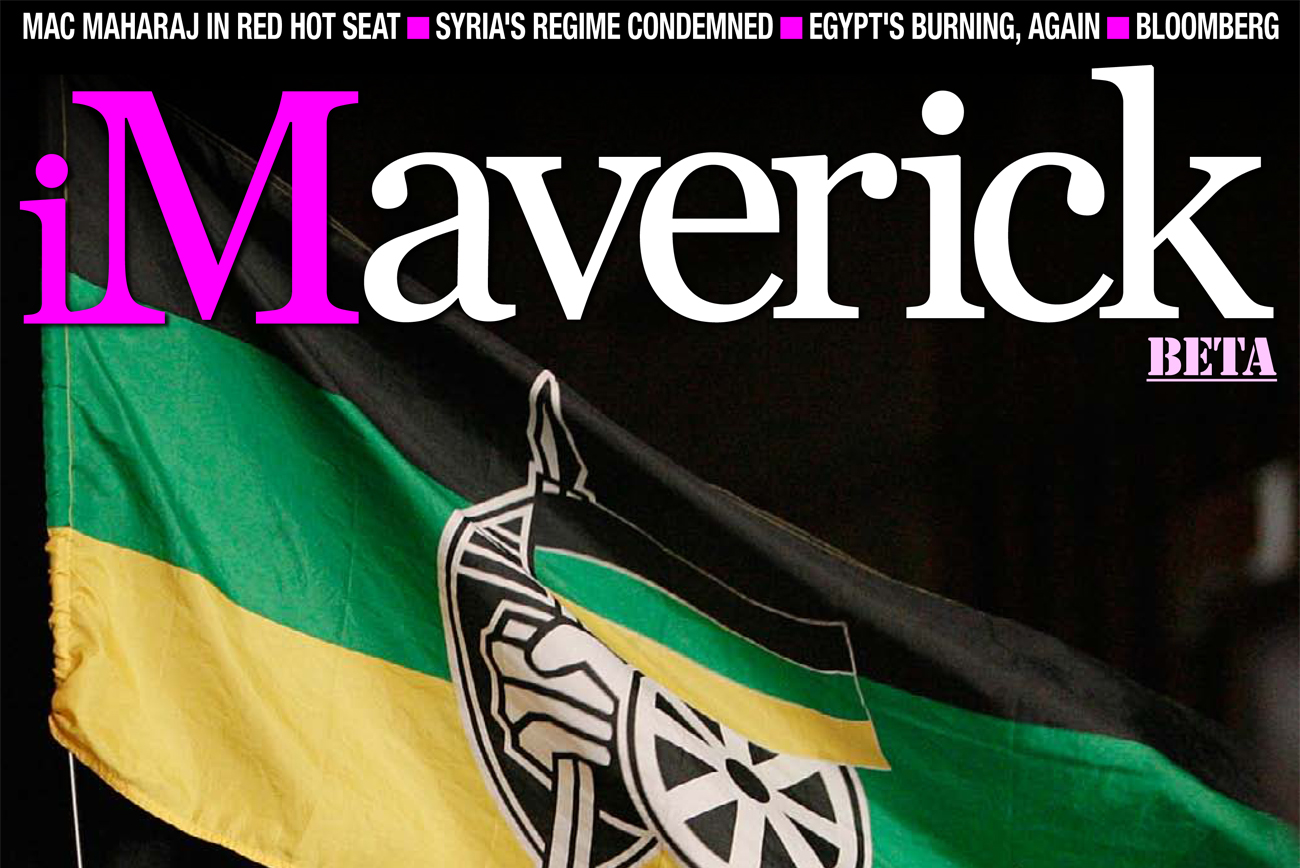 Zimbabwe’s still not producing enough food, according to the World Food Programme, and a million people will need food aid in the near future. But the country is producing a lot more food than it used to as its battered agricultural sector recovers. By SIMON ALLISON.

UK MEDIA UNDER THE SPOTLIGHT IN LEVESON INQUIRY

The revelation that phone-hacking was rife at News International prompted UK Prime Minister David Cameron to announce a public inquiry into the state of the British media. It’s only been two days, but the Leveson Inquiry has already provided some explosive revelations. By REBECCA DAVIS.

The trial of the Lotter siblings for murdering their parents will resume in March 2012. At that point, we’ll hopefully start hearing evidence which corresponds to more reasonable hypotheses for why they committed these crimes, instead of tales involving tokoloshes and demonic possession.

BLEAK IS THE NEW BLACK, AS MPs SAY YES TO SECRECY BILL

It was hardly a surprise that members of Parliament voted overwhelmingly for the Protection of State Information Bill on Tuesday afternoon. The final tally was 229 MPs for the bill and 107 against it, with two abstentions. Although the vote marked a sobering day for South Africa’s constitutional democracy, it is just the first step in a bid to get the legislation on our law books, and civil-society activists and the media are fighting the process with everything they’ve got. By THERESA MALLINSON.

Protests against hte Protection of State Information Bill took place around South Africa on Tuesday morning in the lead up to the bill being voted on in the National Assembly in Cape Town at 2pm. The Right2Know campaign organised a series of pickets, while concerned citizens donned black clothes or armbands in reference to the National Press Club’s “Black Tuesday” campaign. The bill was passed by Parliament on Tuesday afternoon, but civil society is set to continue fighting the controversial legislation. By GREG NICHOLSON, THERESA MALLINSON, MANDY DE WAAL, and REBECCA DAVIS.

SA INVESTIGATIVE GREATS: SECRECY BILL WILL NOT SILENCE US

“If you think we’re going to curl up and die, think again.” That’s the strong message this country’s top investigative journalists sent ANC MPs who voted in favour of the Protection of State Information Bill in Parliament. The local muckrakers said the bill was designed to intimidate whistleblowers and insider sources so as to make investigative journalism even tougher, if not more dangerous. By MANDY DE WAAL.

BLACK TUESDAY: THERE’S MORE WHERE THAT CAME FROM

Slowly but surely, a whole lot of people are coming to terms with the fact that the African National Congress just ain’t wait it used to be. But, writes CHRIS VICK, that could be because their view is a nostalgic one hinged on the ANC of Mandela, Sisulu and Tambo, rather than the reality of what the 99-year-old ANC really is.

As South Africans we are all fighting for the same outcome, that of a better country. A constitutional secrecy bill and better race relations all contribute to a South Africa which we would like to leave to our children. In true South African flavour, the choice of the colour black as the symbol of protest against the Protection of State Information Bill for “Black Tuesday” became a race debate.

MAC AGAINST THE MEDIA WALL

The president’s spokesman Mac Maharaj has had time to think things through following the Mail&Guardian and Sunday Times reports alleging – yet again – he accepted bribes for tenders as transport minister all those years ago. On Tuesday, he was ready with a slightly more nuanced answer. But he still refused to answer whether or not he had lied to the Scorpions. And for now, it appears that the M&G is headed for a sticky showdown in court against Maharaj. By SIPHO HLONGWANE.

MAC IN THE RED-HOT SEAT

Mac Maharaj is someone who absolutely understands how the media works. How to survive a media storm, and how to make it blow over. He knows reporters have a limited attention span, that no hurricane, no matter how big, lasts forever. And one of the key tactics in a spin doctor’s armory is the open-ended press conference. By STEPHEN GROOTES.

Nigerian security forces delighted on Monday in a putting a Boko Haram spokesman they captured earlier this month on public display. This spokesman made the sensational claim that funding for the militant group came from none other than politicians aligned to Nigeria’s ruling party. SIMON ALLISON explains why, in the crazy, complex world of Nigerian politics, this makes perfect sense.

Egyptians have returned to Cairo’s Tahrir Square, and other cities, in the kind of sustained numbers that eventually toppled Hosni Mubarak. This time their target is the military government which replaced him, and they’ve found that the revolutionary fervour is just as effective this time round. By SIMON ALLISON.

The human rights committee of the United Nations General Assembly on Tuesday voted in favour of a resolution condemning Syria for its eight-month crackdown on pro-democracy demonstrators. The resolution is toothless except as a message to the Syrian government that the world will not accept abuse and death as a legitimate path to retaining power. Yet South Africa chose to abstain from the vote. KHADIJA PATEL spoke to Human Rights Watch about recent events in Syria.

On Monday 21 November, the centrist title Newsweek published a feature that closely analysed Michael Bloomberg’s plans for global media domination. Coming on the back of the NYPD’s midnight raid on the Occupy Wall Street protesters, which was sanctioned by Mayor Bloomberg and saw 26 reporters arrested, the article left the reader with a question: what would the world look like with this man in the White House? By KEVIN BLOOM.

New Australia coach Mickey Arthur believes Pat Cummins could follow in the footsteps of the world’s best fast bowler Dale Steyn, but has warned that his career needs to be carefully managed. By Cricket365.com.

BALLACK TO FACE OLD TEAM CHELSEA IN HIS CENTURION MATCH

Bayer Leverkusen captain Michael Ballack will celebrate his 100th appearance in European club competition by taking on former club Chelsea in the Champions League on Wednesday. By Karolos Grohmann (Reuters).