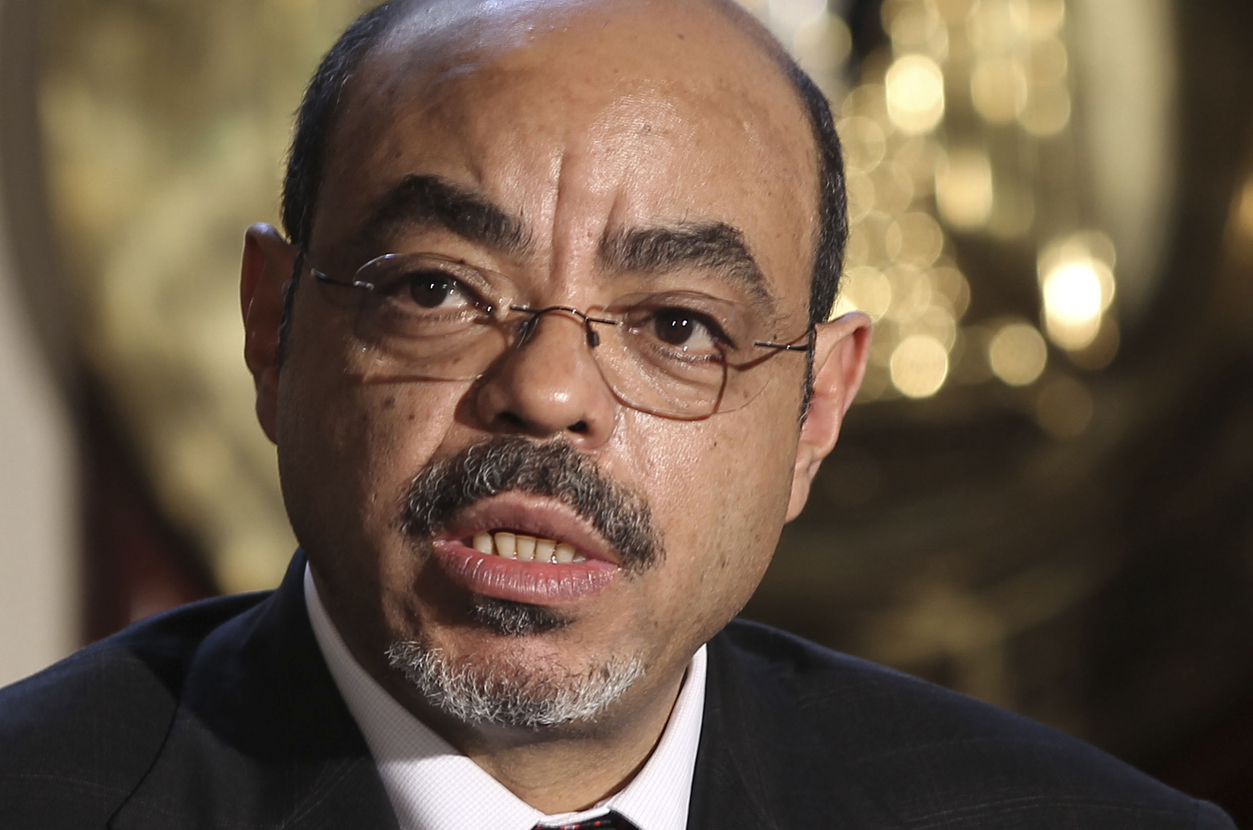 Ethiopia’s first invasion of Somalia was the major contributing factor in causing the complete breakdown of government in Somalia. It also helped to create Al Shabaab. Five years later, Ethiopian troops are back over the border, in force, hoping to make amends and make sure that Kenya doesn’t get all the glory. Chances are, there won’t be much glory to go round. By SIMON ALLISON.

In an echo of 2006, Ethiopian troops are once again pouring across their eastern border into Somalia. This is round two of the Ethiopian invasion of Somalia, and this time they’ve gone in to clean up the mess they made the first time round. Although the Ethiopian government haven’t confirmed their participation, multiple news agencies are reporting that eyewitnesses have seen 20 or 30 Ethiopian trucks filled with troops in and around the Somali town of Guriel. It’s unclear in what context Ethiopia is framing this incursion, and how significant their contribution will be, but the target is obvious: Ethiopia has joined Kenya and the African Union in the fight against Al Shabaab.

There’s an unmistakably historical irony to this. It was Ethiopia – with the tacit support of an overly-paranoid United States – that created the conditions for Al Shabaab to prosper. In the early 2000s, Somalia was mostly – but not completely – under the loose control of the Union of Islamic Courts, a relatively moderate Islamic group which was slowly bringing some semblance of stability and security to a country that hadn’t known peace for decades. But the Islamic Courts soon earned the wrath of the United States, which saw in its emphasis on Islamic law a strong link with terrorism. This was near the beginning of the War on Terror, and the United States still had not made the distinction between the moderate if conservative Islam of groups like the Islamic Courts and, to an extent, Hamas in Palestine, and the militant, almost anarchic fundamentalism of Al Qaeda.

Ethiopia, too, was unimpressed with Somalia’s new leaders. Ethiopia and Somalia have a long and bitter history, with the ethnically Somali Ogaden region a constant source of tension. Part of the Ogaden is in Somalia, part in Ethiopia. Historically, Somalia has wanted to claim the entire Ogaden, and Ethiopia continues to face resistance from rebel movements within their part of the disputed territory. Add this historic issue to the seemingly unstoppable recent increase in the number of Muslims in Ethiopia, ostensibly a majority Christian country. Ethiopia’s leadership is overwhelmingly Christian, but the rumour goes that there are now more Muslims than Christians in their country. This is a serious threat to the government of Meles Zenawi in Addis Ababa, as it undermines their natural support. A strong Somalia defined in Islamic terms could only exacerbate this threat.

So Ethiopia decided to do something about it. In 2006, they sent their troops over the border, about 3000 of them. They were tacitly supported by the United States, although the United States denies this. The relatively well-trained and well-armed Ethiopian troops smashed the feeble resistance of the Islamic Courts, and installed a transitional government in Mogadishu. This transitional government remains the recognised government of Somalia today, even though they don’t even control all of Mogadishu.

Meanwhile, the Islamic Courts fractured. Some of the leadership were co-opted into the transitional government; Somalia’s current president was a leading figure in the Islamic Courts. But some thought that if they were going to be treated like militant fundamentalists, they might as well be militant fundamentalists. This was the genesis of Al Shabaab, the group which has gone on to forge links with Al Qaeda and still controls most of southern Somalia. Ultimately, the Ethiopian invasion of 2006 destroyed the fragile stability that Somalia was just beginning to enjoy, and created the conditions that created Al Shabaab. Not an enduring success for Somalia. But Ethiopia might not have been too fussed; the invasion left its dangerous neighbour in chaos, which greatly minimised their potential threat to Ethiopia.

But now, Ethiopia sniffs blood, and the chance to finish off what it started; they’re also concerned that Kenya will have too great an influence on a post-Al Shabaab Somalia, so need to stake their claim early. Al Shabaab is on the back foot for the first time in five years, dealing with the Kenyan invasion on one hand and a renewed push from the African Union Mission in Somalia (Amisom) on the other. They don’t really have a hand to spare to deal with a third front opened by Ethiopia.

At least that’s the thinking. The weight of the military forces now stacked against Al Shabaab should be too much for them to handle. This becomes clear when you start looking at the number of countries involved: Burundi and Uganda, as part of Amisom, with Djibouti and Sierra Leone poised to commit trooops; Kenya and Ethiopia with their own military efforts; and various international actors remaining very quiet for now, although there’s plenty of speculation that the United States is contributing drones to go after specific targets.

But southern Somalia is Al Shabaab territory. They know it well, and if they really are in alliance with Al Qaeda they will have learnt a few lessons about how to fight an insurgents’ war. Look at how much firepower is and has been stacked against the Taliban in Afghanistan, and look at how effective it has been. In short, not effective at all. By using guerrila tactics, blending into the local population, and stirring up clan links to keep loyalties strong, Al Shabaab might be able to mimic the Taliban’s success. As one of Al Shabaab’s more hip spokesman commented: “Somalia is not a cool place to come and enjoy.”

The less Ethiopian forces enjoy themselves now, the more Ethiopia will be made to rue invading Somalia the first time round, which caused the mess they have to clean up now. DM