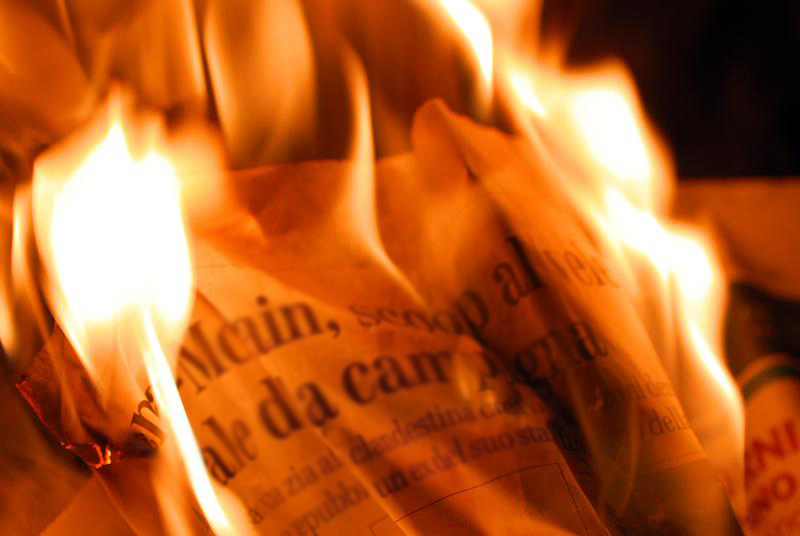 It was appropriate that Right2Know Gauteng's summit was held on the very day that the Protection of State Information Bill was, somewhat unexpectedly, brought back for debate in the National Assembly. This highlights the twin challenges facing the campaign: at the same time as working towards its longer-term goal of broadening engagement with communities around access-to-information issues, Right2Know needs to be ready to respond speedily to the clear-and-present danger of the Bill possibly being voted into law as early as next week. By THERESA MALLINSON.

The Right2Know Campaign was formed little over a year ago, and to date boasts four provincial branches: Western Cape, Gauteng, KwaZulu-Natal, and Eastern Cape. On Wednesday it was the turn of the Gauteng branch of the organisation to hold its provincial summit and chart a path forward prior to the campaign’s national summit in Feburary.

Adam Nord, who facilitated a discussion group on the so-called secrecy bill as part of the day’s proceedings, noted that the latest developments around the bill mean that “there’s an urgency in the next week and the next month, but it could also stretch into next year”. In terms of immediate goals, some concrete suggestions for action rose out of the summit.

The planned picket outside Luthuli House on Wednesday morning was cancelled, but it has been rescheduled for next week. Owing to the lack of time before then to organise permits to hold a large march or rally in a public space, it was decided that multiple simultaneous pickets (of 15 people or less) would be held around the greater Johannesburg area at 8am on Tuesday 22 November. One of these will be outside Luthuli House; others will take place at various ANC constituency offices. (Check the Right2Know website over the next few days for confirmation, and details of the exact locations).

It was also suggested that the 400 National Assembly MPs and 90 National Council of Provinces MPs who will vote on the Protection of State Information Bill each be sent an individual letter detailing Right2Know’s objections to the bill in its current form. This campaign will probably be best run by the national organisation, or Right2Know in the Western Cape.

Right2Know Gauteng spokesman Dale McKinley stated that if the bill does get passed into law: “We’ve got a massive fight on our hands; it’s not just a fight to the Constitutional Court to get this overturned, but it’s a fight on the ground.” And much of the day’s deliberations focused on how to engage with grassroots’ communities on access-to-information issues. As well as the discussion group on the secrecy bill, two other groups had their own topics to workshop: one on media freedom, and one on access to information.

The media freedom group had perhaps the most difficult task, given that there are so many current issues that tie into this broad principle. The public broadcasting policy review process; the media transformation and diversity indaba held in Parliament earlier this week; the prospect of a media appeals tribunal; issues surround the Independent Communications Authority of South Africa; press regulation, self or otherwise; and digital migration, not to forget the secrecy bill itself, all have ramifications for media freedom.

Julie Reid, who facilitated this group, stated: “Changes to media policy are happening, regardless of whether Right2Know gets involved. We can use these as platforms for engagement and attempt to influence their trajectory.” It was agreed that “This should not become an academic policy debate at a high level.” Right2Know’s strength has always been in grassroots engagement, and so it is crucial that the campaign investigates how these policy developments affect people on the ground. Regarding wider education about the issues, Reid said, “We must not only talk to people, but listen to them.”

The group focusing on access to information had some concrete suggestions about education and community engagement. Jenny Dry, who facilitated this discussion, suggested identifying five or so communities with access-to-information needs, and working with them for a year. Dry stressed the need to work with other organisations on the ground, specifically non-government organisations and community-based organisations, in an effort to avoid duplication.

As Right2Know national coordinator Murray Hunter pointed out earlier in proceedings, Right2Know positions itself as a “coalition of organisations”. The aim is not to try to build an organisation that’s in competition for scarce funding resources, but about providing a platform for activism.

Many of the ideas regarding longer-term strategy were not fleshed out during Tuesday’s summit, but will be further discussed during the Right2Know Gauteng working group’s monthly meetings, and presented at the campaign’s national summit in early February. What was clear was that the group’s founding principles around every citizen’s right to know will always underpin its actions. As McKinley stated, it’s not about having “an anti-government approach, but principles and issues”. DM