The Grand Inga Dam - can it really happen?

The Grand Inga Dam – can it really happen? 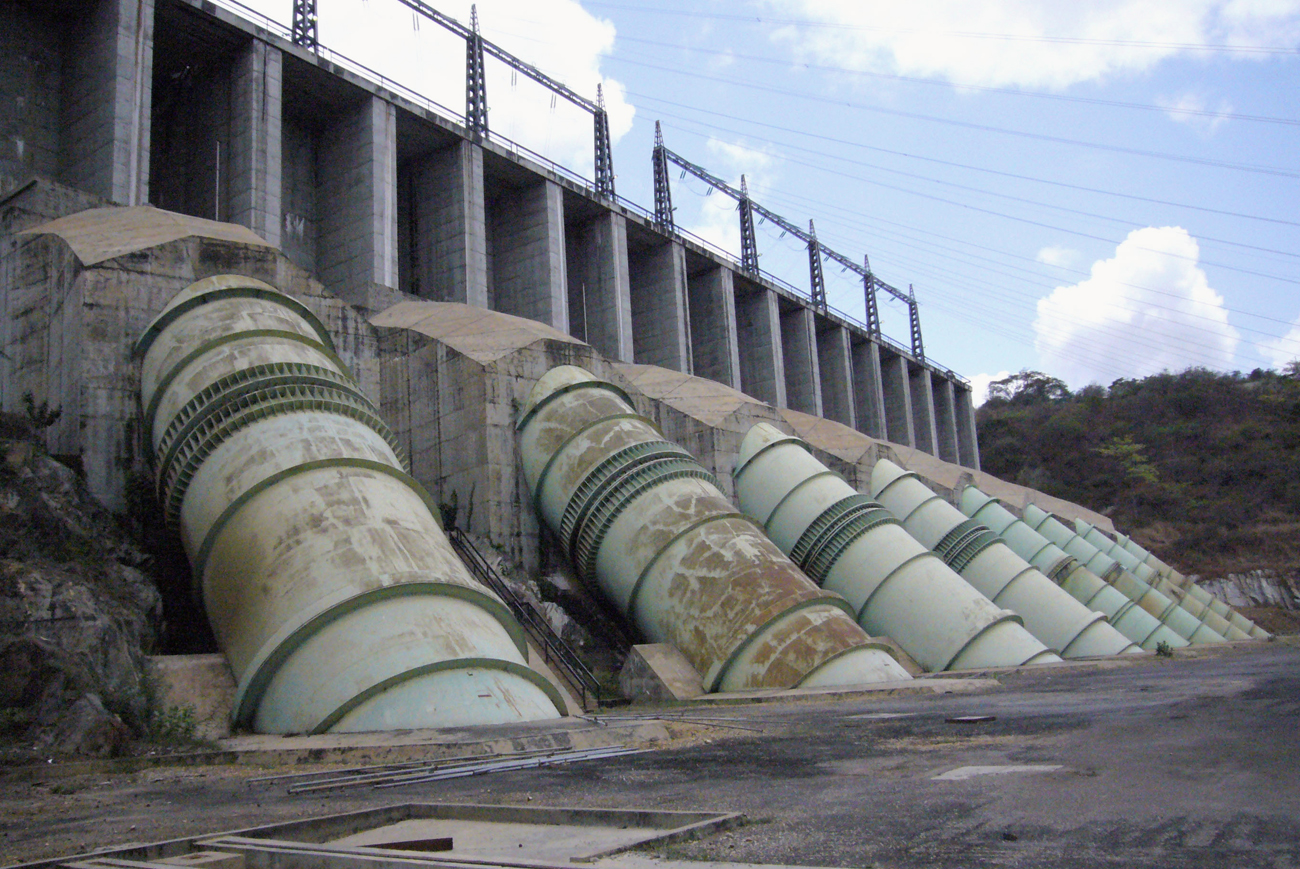 Last weekend, President Jacob Zuma signed an energy deal with the Democratic Republic of Congo. Before your roll your eyes you should know that isn’t just any energy deal. It’s the one that’s going to save Africa. By SIMON ALLISON.

There was a conference last year, a particularly swish one, where someone in the crowd asked the assembled notables if there is a single project that has the capacity to transform Africa. The guests, a heady mix of Africa’s richest and most powerful men, with as many important women as the organisers could scramble together, were unanimous in their response: get the Grand Inga Dam right, they said, and the rest will follow.

Mentioning the Grand Inga Dam in the right circles tends to have that effect. Bitter, thick-skinned activists go weak at the knees, their forgotten idealism briefly rekindled. For not only would the Grand Inga Dam fix Africa, it’s construction would literally be a giant monument to how much has been fixed already.

The Grand Inga Dam doesn’t exist, as yet, but it really should. The idea for it has been tossed back and forth for decades now and seems to make such common sense that it’s hard to counter. The Congo River is one of the most powerful in the world, and two previous attempts to “mine” it for hydroelectricity have failed, with the Inga 1 and Inga 2 dams in varying states of disrepair. These are minor endeavours, however, compared to the Grand Inga which, as envisaged, would be the most powerful dam in the world, producing nearly twice as much electricity (35,000MW) as the Three Gorges Dam in China, currently the world’s largest. It would, at a stroke, add a full third again to how much electricity Africa is able to produce for itself.

And all this power coming from the heart of darkness itself, the Democratic Republic of Congo, which currently can’t even light its capital city. The DRC has never been stable enough to contemplate an infrastructure project of this size, and isn’t anywhere close to affording it. And although the country is still badly fractured (elections later this month will tell us just how badly), it has come a long way from the dark days of the last century: the brutal, profiteering Belgian rule, the brutal, profiteering reign of Mobuto Sese Seko and the full-scale African war his eventual fall precipitated, which at one stage involved eight African nations all looking for their share of Congo’s spoils. But in the last few years, the government of Joseph Kabila, while deeply flawed, has made slow, but steady progress in bringing some vague sense of normality to the DRC, and it is this which is giving Inga Dam enthusiasts hope again.

Among the number of Inga Dam enthusiasts must be counted the South Africa government. This weekend, Zuma signed a Memorandum of Understanding with President (for now) Kabila for South Africa to facilitate the funding and construction of the Grand Inga Dam. What this means in terms of actual numbers is vague; the MoU only specifies that the details be sorted out in a formal treaty to be concluded in six months’ time, and that Eskom must get together with its Congolese counterpart to make an agreement as to how the project will be implemented.

It’s just as well Zuma left out the numbers, because they’re scary. The Inga Dam is conservatively estimated to cost somewhere in the region of $80 billion, which is nearly 20 times the cost of the infamous arms deal ($4.8 billion, plus bribes) and two-thirds of what South Africa is expected to pay for its nuclear power project ($126 billion). It’s unlikely all the money will come from South Africa. More likely, our involvement will give the project the sheen of international legitimacy, reliability and efficiency – which, despite its progress, the DRC simply does not possess – to attract serious international funding.

South Africa’s involvement won’t be without its benefits. Previous negotiations with the DRC have envisaged something like 3,000MW of the Grand Inga’s annual output being channelled South Africa’s way, a much-needed boost to Eskom’s limited capacity. How it will get here remains to be determined, but chances are that power lines will have to be run through Zambia and Zimbabwe, providing an intensely self-interested incentive for South Africa to keep its neighbouring countries on the straight and narrow.

The Grand Inga is a beautiful vision. Harnessing Africa’s raw power from the very centre of the continent, lighting up the heart of darkness with renewable, environmentally friendly energy, at the same time saving the precious rainforests which at the moment are the DRC’s only source of electricity. Increasing Africa’s electrical output generally, making electricity cheaper and readily available, allowing Africa’s industrial and manufacturing sectors to really take off. Running power lines all through the continent, forcing countries to rely on each other for power, thereby removing and incentive toward the perennial conflict and war. Good for the environment, good for development, and good for peace.

It’s a pan-Africanist’s wet dream, if you’ll excuse the pun; and, with South Africa’s involvement, is closer than ever to being realised. DM