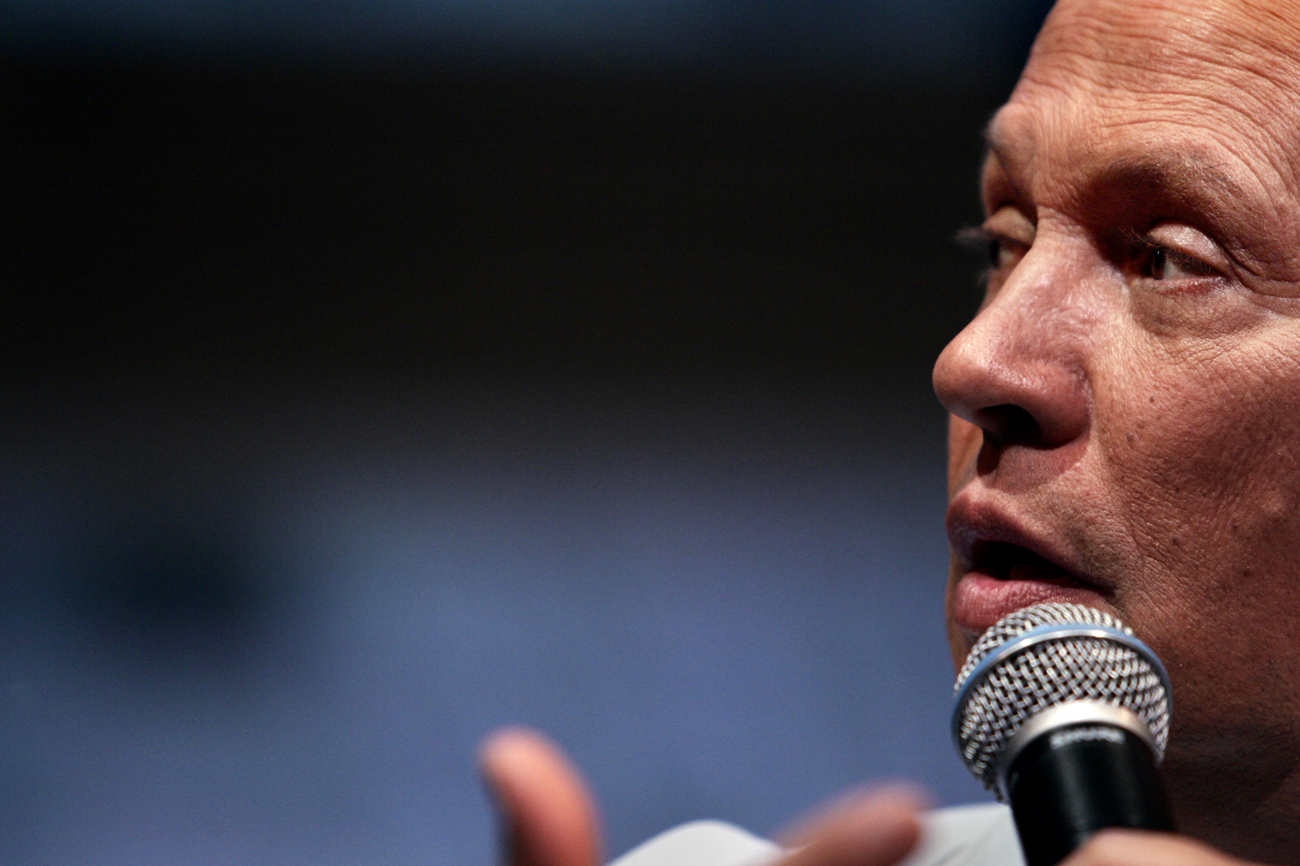 He’s hosted the event eight times already, to the acclaim and satisfaction of all parties concerned. But since 2004, the Academy of Motion Picture Arts and Sciences has taken a new tack, trying desperately to attract a younger audience. Why will Billy Crystal be taking the podium again at next year’s Oscars? By KEVIN BLOOM.

Remember this one? “Had my dream again where I’m making love, and the Olympic judges are watching. I got a 9.8 from the Canadians, a perfect 10 from the Americans, and my mother, disguised as an East German judge, gave me a 5.6. Must have been the dismount.” That was from When Harry Met Sally, which came out in 1989. Or this, extemporising on his family members in a spoof called Dances with Jews? “Well, we had ‘Eats With His Hands,’ ‘Spits When He Talks,’ ‘Makes Noise When He Bends,’ ‘Sweats Like a Pig,’ ‘Whines In a Cab,’ ‘Never Buys Retail,’ ‘Shaves His Back.’” That was Mr Saturday Night, which hit screens in 1992. How about this? “I am very impressed, you’ve got little kids over here, two to three years old, and they’re already speaking French.” That’s Forget Paris, out in 1995.

It’s been twelve years since Billy Crystal appeared in a full-length feature film (Analyze This, 1999), and although he’s as funny now as he was then, he is getting a bit long in the tooth. At 63, when Crystal takes the podium at next year’s Oscars, he will be the oldest host of the show since Bob Hope did it in 1978. And while he may have hosted the event eight times already, generating applause and goodwill at each one, there is a glaring question about his suitability.

As the Los Angeles Times asks, why is the Academy appointing a sexagenarian when it has repeatedly stated it wants to attract a younger television audience? Just like Crystal is prone to do himself, the paper answers this extremely good question with another question: “What if the Oscars chose the actor not in spite of his age but because of it? The common belief is that the Academy of Motion Picture Arts and Sciences wants to freshen up the show to reel in young viewers. But the truth of it is that the Oscars have already tried a youth movement, and it hasn’t worked.”

Since 2004, when Crystal last hosted, the list of failures – in the sense that no-one and nothing has managed to penetrate the wished-for youth demographic – has been long. Not Chris Rock, not Ellen DeGeneres, not Jon Stewart (twice), not Hugh Jackman (who didn’t try to be funny, ‘cos he isn’t), not Steve Martin and Alec Baldwin, and not last year’s hosts, James Franco and Anne Hathaway (whose ages combined still don’t make Crystal’s magic number), have stirred as much as a ripple in the under-25s.

Of course, bringing back Crystal is more than just an admission of failure – it’s also a safe bet after a disastrous week for the Academy. On Tuesday, 8 November, the producer of the 2012 Oscars, Brett Ratner, announced his resignation. Ratner had used a pejorative term for gay men during a question-and-answer session at a screening of his film Tower Heist, and the response from the Gay and Lesbian Alliance Against Defamation had been swift, making his position untenable. With credits such as X-Men and Prison Break, Ratner had been picked originally to attract (you guessed it) “a younger audience,” and for some reason he chose Eddie Murphy as the man who’d help him achieve that. But Murphy quit on Wednesday, a day after the anti-gay slur.

Tellingly, most Hollywood commentators appear happy with the replacement. “There’s no reason for the Academy Awards to pitch themselves to snarky young people,” Entertainment Weekly notes, in a nod to Crystal. “Young people will be snarky about anything, most of all things that are trying to appeal to them. When I was a kid, I loved watching the Oscars specifically because they didn’t kowtow to my specific tastes. Too often lately, the Oscars seemed almost embarrassed by themselves.”

Above which, there’s Crystal’s reliable, harmless, and incredibly funny one-liners to look forward to. Even Reuters saw fit to mark the occasion with a look back at some of the best from the past:

“(Getting a little fishy with 2003’s Best Animated Feature winner): ‘Good news, they found Nemo. The bad news is, they found him in one of Wolfgang Puck’s puff pastries.’”

“(Making a nod to the Lewinsky scandal’s chief recording engineer): ‘A billion people are watching tonight — except for Linda Tripp, who’s taping it.’”

“(In 2004, noting how the more things change, the more they stay the same): ‘It was 13 years ago when I first hosted the Academy Awards, and things sure have changed since then. George Bush was president, the economy was tanking, and we had just finished a war with Iraq. Yeah, things really have changed.’” DM