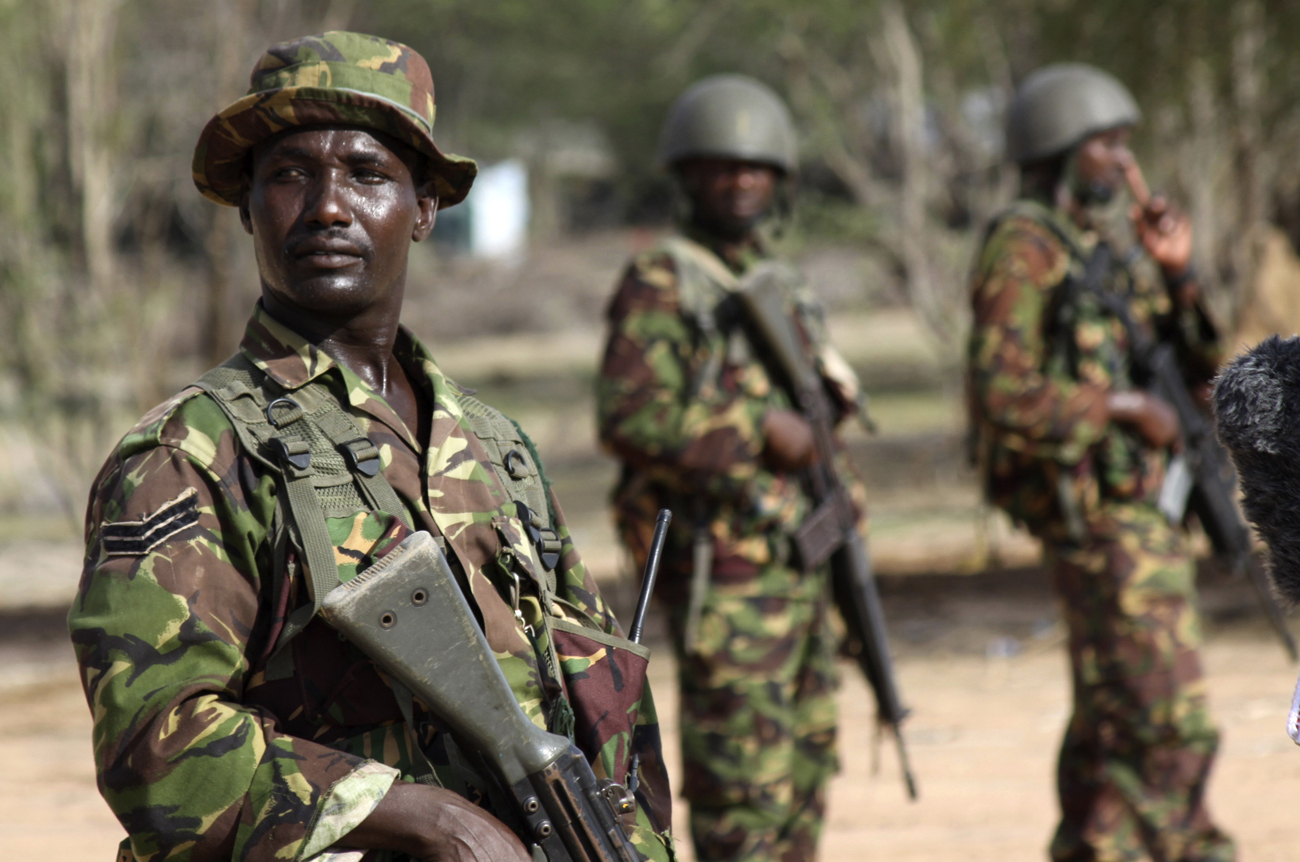 They’re taking their sweet time, the Kenyan military. Despite launching their incursion (some say invasion) into Somalia nearly three weeks ago in a firestorm of bravado, they’ve yet to encounter Al Shabaab properly, and haven’t managed to get near the enemy’s stronghold, the port of Kismayo, only a couple of hundred kilometres from the Kenyan-Somali border. So what’s taking them so long? By SIMON ALLISON (@simonallison).

Kenya is blaming the rain for its army’s slow progress in Somalia. In a cruel irony, the weather in the Horn of Africa is compensating for the long drought which caused the famine in Somalia by bucketing down with rain. It’s no compensation though; it’s as difficult to grow crops in too much rain as in too little, and nothing about Somalia’s current political situation encourages complex agriculture.

But the rain is making it very difficult indeed for Kenyan troops to advance. Somalia has poor roads at the best of times. Where there are roads, they are mostly ungraded dirt tracks that become nearly impassable mud at the first hint of moisture. And while Al Shabaab fighters, who know the area intimately, can use back routes and passes, the relatively clueless Kenyans are stuck on the main roads with their heavy vehicles, most of which appear to be old armoured personnel carriers from the 1980s. There have even been some unconfirmed reports that the army has been reduced to using donkeys to move equipment.

Despite this, the Kenyan Defence Force is relatively sophisticated as far as African militaries go, commented John Stupart of the African Armed Forces Journal in an interview with iMaverick. But no amount of training and equipment, even the most modern and expensive, can make up for a flawed strategy which is at the root of Kenya’s problems. “The Kenyan incursion is strategically unfeasible,” Stupart said. “The offensive frankly makes no military sense. Two-thousand Kenyan troops trying to bloody the nose of anywhere between 2,500 and 20,000 Al Shabaab militants on their home turf will not end well.”

According to Stupart, Al Shabaab is pursuing classic military strategy in luring Kenya further and further into Somalia. By stretching the Kenyan military out, thinning supply lines and dragging the incursion on and on Al Shabaab will either make the Kenyan forces vulnerable to a direct attack, or force them to withdraw thanks to fatigue or cost or a combination of the two. “Ultimately, they’re trying to do too much with too few forces and during the wrong season. At best they can hope for a few firefights  where they’ll clobber the Al Shabaab militants in a standing fight, but they’ll never really defeat Al Shabaab in Somalia. Doing that would require 20,000 combat troops with all the trimmings (tanks, artillery, etc), not 2,000.”

Stupart’s is a disturbing analysis from the Kenyan point of view, but one which looks more accurate as their forces remain on the ground for longer. Already questions are being asked in Kenya about how much the expedition is costing and politicians are studiously avoiding answering these questions. And military spokespeople have set themselves the near impossible goal of remaining in Somalia until the threat to Kenya from Al Shabaab is neutralised; presumably, this means either establishing some kind of buffer state along with a border, or wiping out Al Shabaab entirely, perhaps by taking Kismayo and using the Kenyan troops as the basis for an African Union peacekeeping force there.

But none of this is possible as long as they fail to engage with the enemy. And, if it’s true that Al Shabaab is hosting seasoned al Qaeda fighters from the Afghanistan theatre, they might just know a thing or two about fighting a guerrilla insurgency. Kenya’s army might find themselves mired in the Somali mud for some time yet. DM