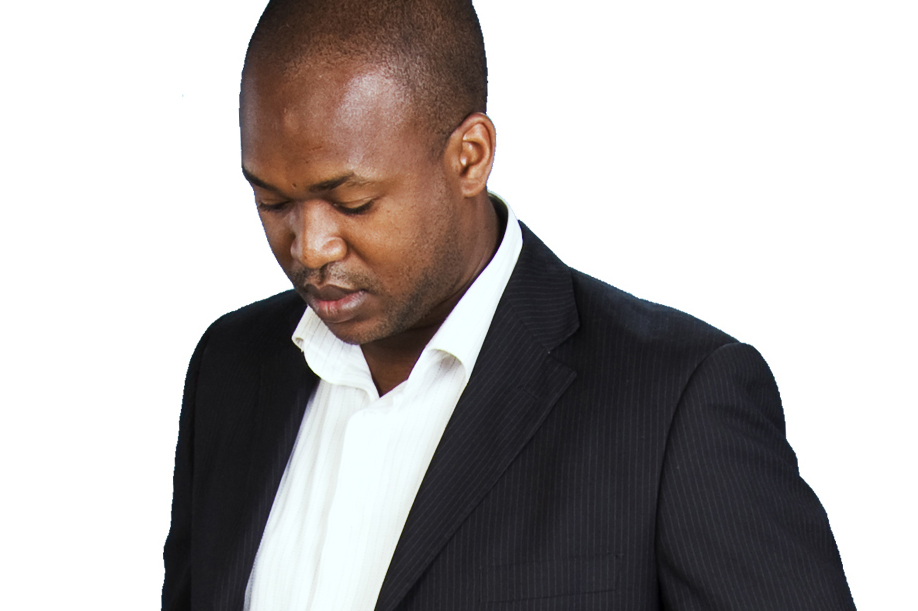 Born in Bulawayo, Zimbabwe, stand-up comedian Carl Joshua Ncube has braved many dangers to come to South Africa and make this his home.

Perils like the Department of Home Affairs’ policies on immigration to South Africa. “It is very difficult to come into South Africa as a comedian,” says Ncube. “Because South Africa has very stringent protocols over and above the policies that they have already instituted like the razor wire and the crocodiles.”

“I am here to say without a doubt that white people can actually dance. Yes. You are good dancers. I think you are just misunderstood on the dance floor,” this is when everyone starts laughing.

Ncube’s “whites can dance” theory goes like this. White people and black people are biologically different. Ncube says he knows this because as a black person, his ears are built differently. “Because of the melanin in our skin and the way our ears are formed, we black people can pick up on the lower frequencies in music. When the music is playing we sort of listen to the base line.”

“But you see white people, your hearing is advanced. Much more advanced than black people because you have a lot more going on. Instead of the melanin you have a lot more space so you guys listen to the higher frequencies, these frequencies that many other humans can’t even hear, that only dogs can hear. White people listen to things that have to do with the environment, dolphins and that sort of thing. Those are the kinds of things that you hear. So while we’re dancing to the beat, white people are dancing to the sound of leaves falling in Mpumalanga.”

Ncube’s a funny guy, and is just as surprised as everyone else that he’s become successful in such a short space of time. The former security guard, come gynaecological nurse, come animator, come ad agency owner (and yes, you read the gynaecological nurse part correctly), will be mouthing off alongside some of the continent’s best comics at Stand Up Africa on Friday, 4 November 2011 at Emperor’s Palace alongside OR Tambo International in Johannesburg.

“I am crapping in my pants being in such an awesome line-up of comedians,” Ncube confided to iMaverick. “It is such a cool experience being with comedians that I only ever heard about or read about. I have DVDs of their stuff but to share the stage with them is a scary, but awesome experience.”

The other funny men who are a part of Stand Up Africa include Nigeria’s Basketmouth and Klint the Drunk; Daliso Chaponda from Malawi; Uganda’s David Kibuuka; as well as South Africa’s Kagiso Lediga and Ndumiso Lindi.

You’d think Ncube would readily reach for a Mugabe joke or too, but there’s none of that in his repertoire because our funny neighbour from up north is all about the people and what it means to be a Zimbabwean in South Africa.

“Zimbabwean politics is an over exhausted topic so you will find my comedy is more about regenerating our identity. As Zimbabwean’s we’ve lost our identity because you haven’t heard anything else coming out of Zimbabwe beyond our politics. I have come in trying to speak about other aspects of Zimbabwe so people can understand that people do fall in love in Zimbabwe, we do have beautiful women, and we do have guys that are douche bags. We are not all about the politics,” says Ncube.

So what to expect from Ncube? “I have had a very strange life so mostly I talk about my experiences. I flip from stuff that is very introspective right across to stuff that is very crazy because of the life I have lived. I’ve been a gynaecology nurse and have delivered about 17 babies, so a lot of weird and wonderful things that have happened to me.”

Watch Carl Joshua Ncube talking about how to use a phone back in the day:

Ncube says the vocation has given him a unique perspective on women that gets him into a bit of trouble with the male members of his audience, because he tends to be a bit more sympathetic and understanding about women.

But it’s the women who are initially alienated. “The minute I mention the gynaecology aspect, every women in the front row closes their legs. They start acting very weird and being very awkward, so that’s the point of the show where I lose half my audience. But I do get them back very quickly.”

Alongside humorous takes on sexism and racism, Ncube tells wonderful anecdotes about his life that offer a warm insight into what it means to be Zimbabwean and sheds light on a human being who comes across as incredibly affable.

Like the story about the time Ncube moved primary schools. “After I finished grade four in primary school we moved and I went to a rural school,” Ncube tells iMaverick during a telephonic interview. “Instead of finding my class I lined up with the kids who were the same size as me.”

After two weeks Ncube realised he was in the wrong class, and was actually in a grade higher than he was supposed to be. “I was in the wrong class but I was scared that I was going to get into trouble so I basically kept it to myself for half the year until my mom found out. She came to the school and there was this whole big discussion. But because I had tried so hard to cover my tracks and was actually doing really well, I ended up staying in the class, skipping a year and finishing school ahead of everyone my age.”

Watch Carl Joshua Ncube talking about moving out of Zimbabwe:

Another funny, yet heart-warming story from Ncube’s life is about the time when he had just turned 18 and his folks took him to England so he could “get a proper career”. He was studying and got a job as a security guard, which he took awfully seriously.

“I always wanted to take things to a higher level and watched all the spy movies to see what they did, and really took things a little too far. I even bought my own laptop and installed surveillance cameras, despite the fact that the car park I was guarding was much smaller than a tennis court. I was the security guard for a car park that had all of ten vehicles,” he chuckles.

Ncube fell into comedy by accident. After fulfilling his obligation to his parents by completing his studies – and working as a gynaecological nurse – he returned to Zimbabwe where he did animation and advertising. But a year ago, a friend begged him to be the MC at one of her functions because of a fall-down-funny joke he told. Ncube did the gig and hasn’t looked back since.

Two months ago Ncube braved the razor wire and crocodiles for a life in South Africa, and is now the driving force behind a global comedy tour of the continents’ finest that will visit some 37 countries. In his routine, he quips that 35 of those countries are in Zim, but we sure he’s just joking about that. DM