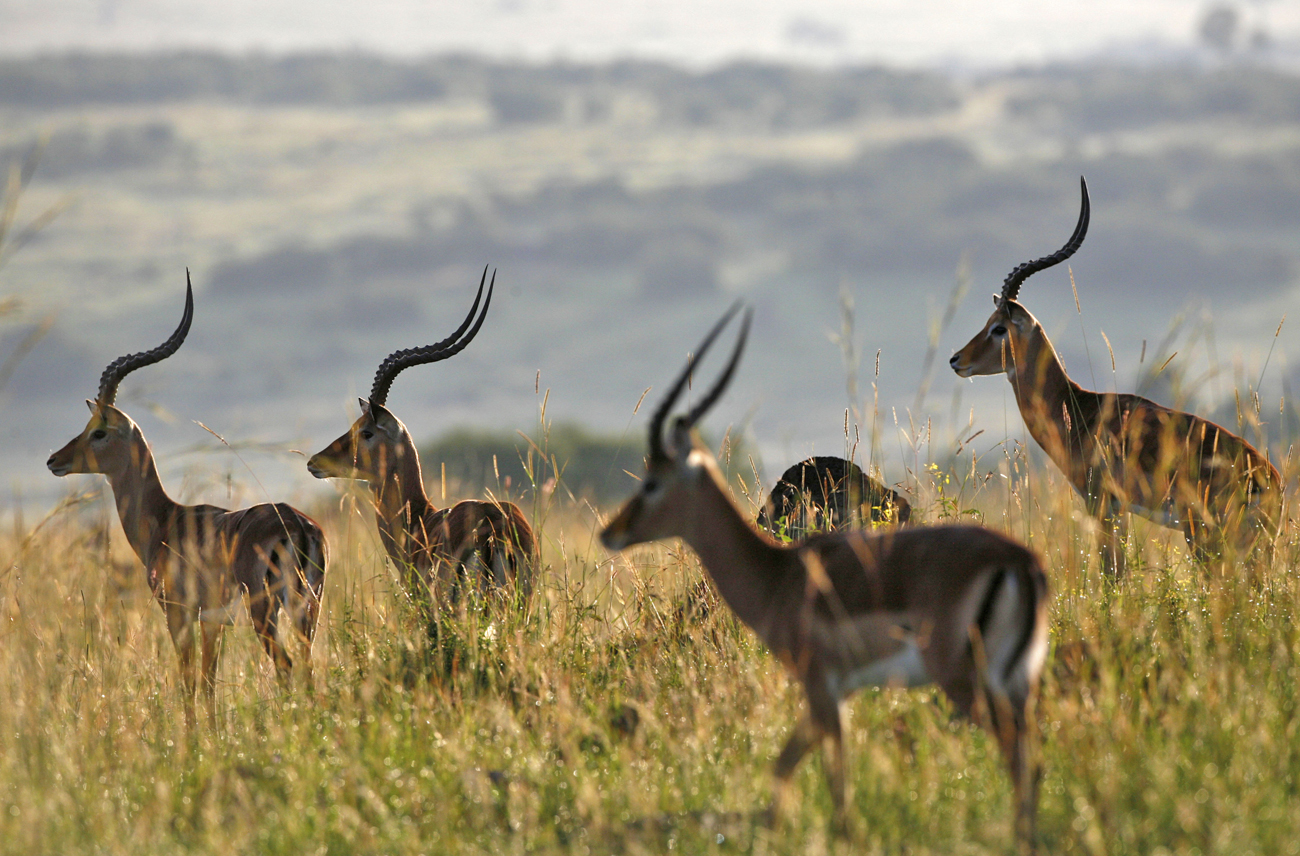 The previous administration valued animals more than hungry humans, says Zambia’s President Michael Sata. In response, he’s gone to the other extreme, disbanding the country’s wildlife authority and releasing hundreds of prisoners convicted of wildlife-related crimes. Zambians will be fed as long as they like their meat poached. By SIMON ALLISON.

The South Luangwa National Park, Zambia’s biggest and most beautiful, tries to maintain a delicate balance between the needs of the people and the needs of the astonishing variety of animals and fragile eco-systems within its porous boundaries. Poaching is forbidden, of course, and is strictly monitored. But it happens. It’s not unheard of for guests at one of the luxury lodges which line the Luangwa River to be woken up by gunfire, unsure of whether the bullets came from a poacher’s gun or were directed at a poacher by a park ranger. Big-time poachers are after elephant ivory or a leopard pelt; hungry poachers, just looking for a meal, might go for an antelope or warthog.

But the animals are even more likely to encroach on human territory. Elephants are a particular problem, roaming far and wide to find the 600kg of food each adult needs a day. Villagers’ crops make an enticing afternoon snack, and in a few short hours a small herd of elephant can destroy a subsistence farmer’s livelihood. Sympathy in the villages for the massively destructive creatures is in short supply, and it’s easy to understand why.

The dividing lines between the people and the animals are monitored by the Zambian Wildlife Authority which staffs the national parks and provides the armed scouts and rangers who enforce the law. Although plagued with the bureaucracy of most government bodies, Zawa has a sound reputation for getting the right things done right. Its job is a difficult one at the best of times, but has just been made exponentially harder by Zambia’s new President Michael Sata.

Michael Sata would style himself as the “people’s president”, and as far as the animals are concerned he’s already living up to that title. The first warning signs emerged during his speech to open parliament. “In order for us to preserve our wildlife for tourism, we must also put measures in place to control the problem of human-animal conflict in game management areas which has led to increased levels of hunger and poverty among our people,” he said. These measures soon became apparent, although they’re unlikely to help preserve the wildlife.

Firstly, Sata dissolved the board of Zawa, leaving Zambia’s wildlife protectors without leadership. His reasoning: “There are certain institutions which have more respect for animals than human beings. I have today dissolved the Zawa board and I have to look at it, to reconstitute it.” He added that the reconstituted board would be mandated to serve the interests of Zambians rather than animals.

Then, in an even more dramatic move, he pardoned more than 600 prisoners, most of whom had been jailed for wildlife-related offences. “When I dissolved the Zambia Wildlife Authority board last week, I said this institution and the [previous] MMD government seemed to have respected animals more than human beings. As a result, a lot of our poor people were imprisoned over minor wildlife-related offences,” Sata said. These people are now free, and their release is an unmistakeable message to any Zambians thinking of hunting an impala for the pot: go for it.

Already, some reports have emerged that Zawa officials are being threatened and intimidated while on the job. In one incident, two Zawa officers were killed on duty in the west Zambezi game management area. According to the Times of Zambia, deputy minister of mines and natural resources Richard Musukwa, was at pains to assure parliament that “the unfortunate incident was not in any way related to a statement made by President Michael Sata over Zawa and his recent pardon of some prisoners over poaching-related offences”. It’s hard to avoid making that connection, however, when Zawa’s authority and existential rationale has been so thoroughly undermined by the president.

“God gave us animals for us to admire, and not animals to turn against us,” Sata also said when he explained why he was dissolving Zawa’s board. But in tacitly condoning poaching, he might just be making sure there’s a lot less animals for Zambians to admire. DM