After Gaddafi, who will fund the AU? 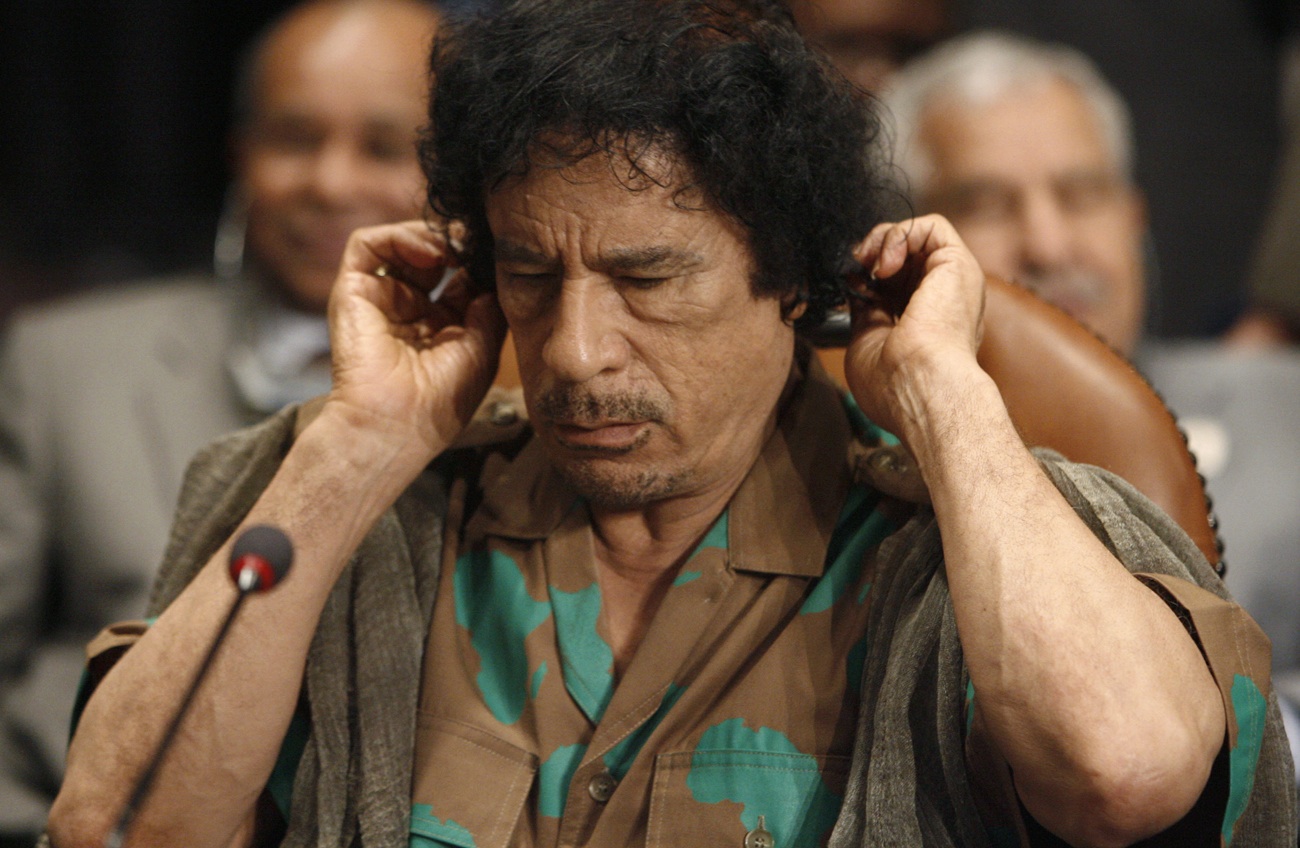 Not only has Muammar Gaddafi’s fall left the African Union stranded in diplomatic no-man’s land, it’s given the lumbering continental organisation a potential $40 million hole in its already strained budget. But Gaddafi’s role as generous benefactor is up for grabs and there shouldn’t be a shortage of takers. By SIMON ALLISON.

A close reading of the 2011 budget of the African Union tells a few interesting stories. There’s the astonishing fact that more than half of the $257 million total is not African money, coming from a collection of ambiguously titled “International Partners” – other, richer organisations like the European Union, or donations from NGOs. The European Union, incidentally, has a 2011 budget of $141.9 billion. This might explain the vast gulf between the respective influence and international standing of the two organisations, but, given the EU’s budget is 1,000 times bigger than the AU’s, the AU is punching above its weight.

The money that’s not from “International Partners” is contributed by African countries and amounts to $123 million. However, the load is not divided equally. Five countries put in more than their fair share. The Big Five – Algeria, Egypt, Libya, Nigeria and South Africa – each contribute 15% of the African portion of the budget, effectively subsidising everyone else. This means the other 49 countries in Africa only need to find around $30 million between them.  Not a huge amount of money, but still a stretch for some.

Fortunately for the members who can’t afford the fees, they’ve always had a generous benefactor in the form of Gaddafi, who was more than happy to splash his cash around in pursuit of his dreams of empire. For Gaddafi, the AU was his stepping stone to creating a single African polity, a “United States of Africa” of which, of course, he would be president. To this end, Gaddafi covered the AU fees of a number of countries. It’s estimated Libya was funding almost one-third of Africa’s contribution to the budget, which amounts to something like $40 million.

But all good things come to an end and, with the collapse of the Gaddafi regime, came the end of his largesse. The African Union, perhaps realising how dependent it had become on Gaddafi’s generosity, supported him until the bitter end. A bad move in hindsight, as it hardly endeared the organisation to the rebels now leading the interim government.

In Libya’s continuing confusion, no one knows if the country will keep up its AU contributions. It seems unlikely that the new Libya will be willing to fork out to cover countries that didn’t support the revolution, a category into which most African states fall. It also seems unlikely that Libya will continue to pay its own, disproportionately large contribution. Why should Libya prop up the organisation which gave the new leadership absolutely no support whatsoever? Most likely is that Libya will agitate for an overhaul of the current set-up, insisting that other countries increase their fees. After all, there’s no reason why the Big Five should be subsidising the likes of Angola, Equatorial Guinea and Ghana – all countries with more than enough resource wealth to put a few million dollars into the kitty.

Some countries might leap at the chance to have greater financial involvement in the continental body. After all, with money comes power and influence. Just look at how current AU chairman Teodoro Obiang tried to bribe Unesco by funding a $3 million prize for life sciences, intending to whitewash his own image at the same time. It nearly worked too. Unesco only backed off after a public outcry, and is said to be considering launching the prize again. This example shows that money can get things done in international institutions. It’s why Gaddafi was so influential in African politics and there should be no shortage of African suitors who for a few million dollars would buy themselves some influence.

It also provides a chance for the international community to become more involved. Just last week the EU which already provides funding, announced an extra $411 million towards the AU’s African Peace Facility, a separate fund from which the AU can draw to cover the costs of peacekeeping operations. Canny accounting could well see some of the AU’s operational costs covered by this fund, decreasing the potential hole left by a reduced Libyan contribution.

Ultimately, however, the best solution is simply for countries to start paying their rightful dues. The African Union, for all its flaws, provides a vital service to all African states. It fights for Africa’s rights in the international system, it pushes economies into the regional cooperation which experts agree is the most vital step for Africa’s economic development and it funds or facilitates infrastructure and capacity development projects across the continent. Maybe countries should think of their AU contributions as an investment – one which is almost certain to deliver substantial returns. Failing this, the continental body will again come under the sway of whoever waves the biggest purse, be it a Gaddafi, an NGO or perhaps a superpower – like China or the EU – looking for African influence. DM