As Egyptians demand higher price for their gas, pipeline sabotages set to continue 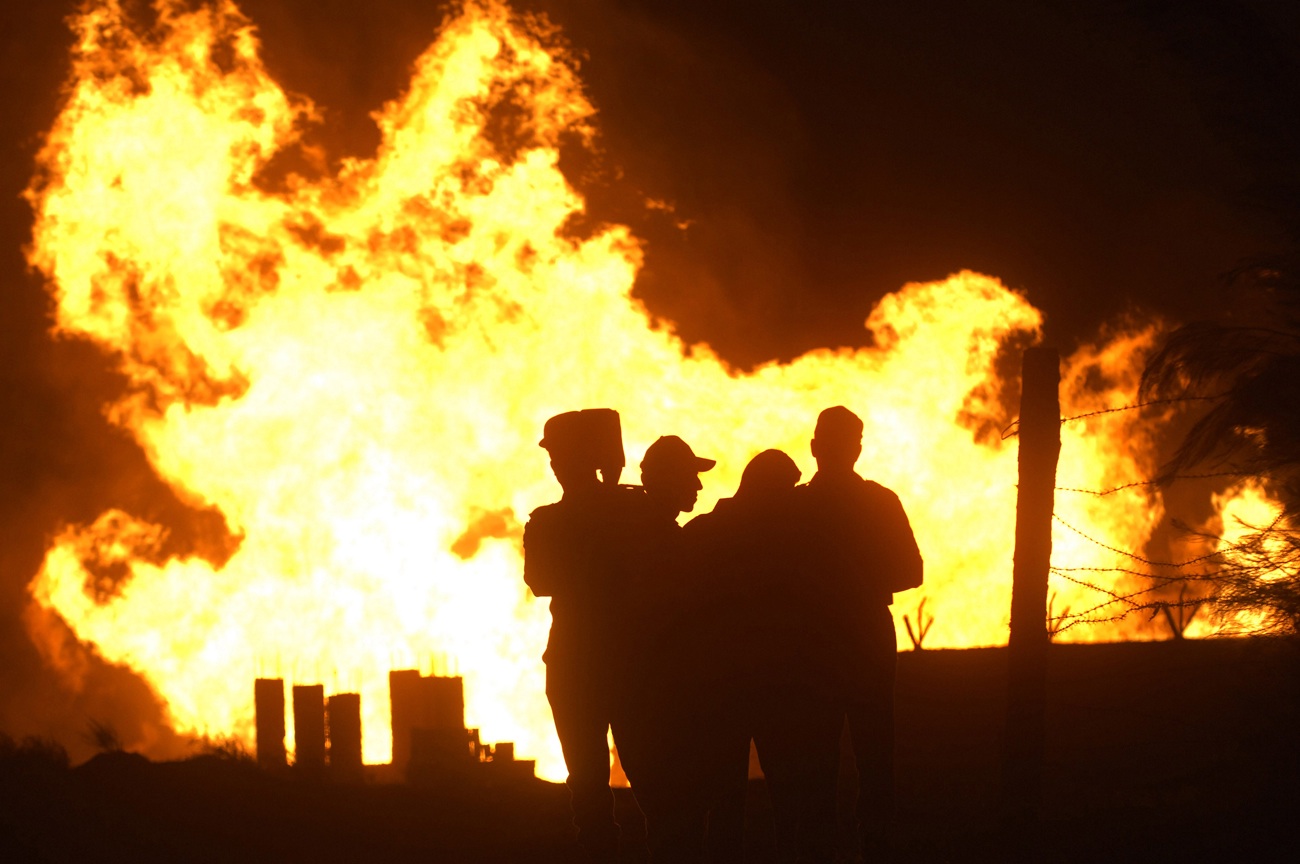 On Monday night at least two people were injured after a section of the pipeline that supplies Israel and Jordan with gas from Egypt was blown up. The attack is the latest of a series of acts of sabotage on the pipeline in recent months; it has been attacked by unknown assailants a total of six times since former Egyptian President Hosni Mubarak was ousted in February. By KHADIJA PATEL.

Gas exports to Israel are an emotive issue in Egypt and many Egyptians are believed to favour ceasing the supply line to Israel altogether. As a result, gas exports to Israel are under both armed and political attack in Egypt. The 100 kilometre El-Arish undersea pipeline that connects the northern Sinai district in Egypt with a gas import facility in Ashkelon on Israel’s Mediterranean coast, also forms a tributary of the larger Arab Gas Pipeline (AGP), which pumps Egyptian gas onward to Jordan, Syria and Lebanon. It is the export agreement to Israel, however, that is a grinding issue today, as Egyptians contend that prices fixed by Egyptian and Israeli officials during Mubarak’s rule are well below market value. A criminal investigation is underway into the gas deal that is alleged to have been orchestrated by Mubarak and his friend, gas magnate Hussein Salem. The deal is reported to have cost Egypt tens of millions of dollars in lost revenues, further increasing already-high mistrust of their Israeli neighbours.

Egypt was, of course, the first Arab nation to sign a peace accord with Israel in 1979 and the 20-year natural gas deal signed between Israel and Egypt in 2005 has been a hallmark of good contemporary relations between the two countries. A majority of Egyptians however remain suspicious of Israel, and the vacuum of security that has emerged after the popular uprising has left the El-Arish gas pipeline particularly vulnerable to attack.

The first attack against the pipeline occurred on 5 February 2011 and targeted a pumping station some 30 kilometres from the Israeli border. As attacks against the pipeline continued, Egyptian Prime Minister Essam Sharaf, under pressure to reform the country’s policies, ordered a comprehensive review of the gas contacts with Israel and Jordan, demanding a higher price for exports. According to Sharaf, increasing prices paid by Israel and Jordan could raise revenue from natural-gas sales by US$3 billion to US$4 billion per year.

The attacks against the pipeline have continued regardless of the efforts of the Egyptian government.

Egypt has been providing Israel with about 40% of its natural gas since 2004. The remainder of Israel’s gas is sourced from its own offshore Mari-B field, which is expected to be depleted by 2013. Israel has though recently discovered the Tamar and Leviathan gas fields, which may plug the gap left by the Mari-B field, leading to a question of whether the discovery of these gas fields could eventually curtail Israel’s need for Egyptian gas.

Daniel Fink, writing in the Journal of Energy Security, points out that Israel currently relies on gas to meet around 36% of its electricity compared to 0% in 2004. Fink quotes Dr Amit Mor, CEO of the Eco Energy consulting firm, who forecasts that Israel’s reliance on gas could raise to 70% by 2020, making gas imports from Egypt a strategically important source of energy for Israel.

From their side, Israelis refuse to meet Egypt’s demands that it cough up more for the gas. Israel contends that the price it pays is on par with the international market standard and refuses to enter into negotiations over prices it claims were already increased a year ago.

Jordan, however, has caved in to Egyptian demands and will now pay a higher price for the gas under a new contract. The gas agreement between Egypt and Jordan was signed in 2004 and stipulated that Egypt would supply the kingdom with 2.4 billion cubic metres annually for a period of 15 years. Exports to Jordan were resumed just this month but the most recent incident of sabotage along the pipeline may have caused another interruption to the gas supply.  As Jordan is more dependent than Israel on Egyptian gas to meet its energy needs, the interruption incurred by the latest attack on the pipeline will prove costly to the impoverished country.

Israel has, of course, also been affected by the intermittent stoppages in gas supply incurred through the attacks on the pipeline and the Eastern Mediterranean Gas Company, the Israeli company handling gas imports from Egypt, indicated last month that they would seek US$8 billion in reparations from Egypt for the continuous supply disruptions.

With no resolution to the price dispute in sight, the most recent attack on the pipeline will further endanger already testy relations between the two countries. Crucially, the Egyptian Prime Minister, speaking on Turkish television earlier this month, noted that Egypt’s peace deal with Israeli “was not sacred and was always open to discussion or change if that would benefit the region or enhance peace”.

The El-Erish pipeline is symbolic of Egyptian relations with Israel but for Egyptians disgruntled with their new military rulers, it is also a constant reminder of everything that was wrong with the Mubarak government. The pipeline reeks of dishonesty, cronyism and short-changing the Egyptian people, and attacks on the pipeline may continue whatever the outcome of haggling over gas prices. DM