Bok selections: good headaches to have 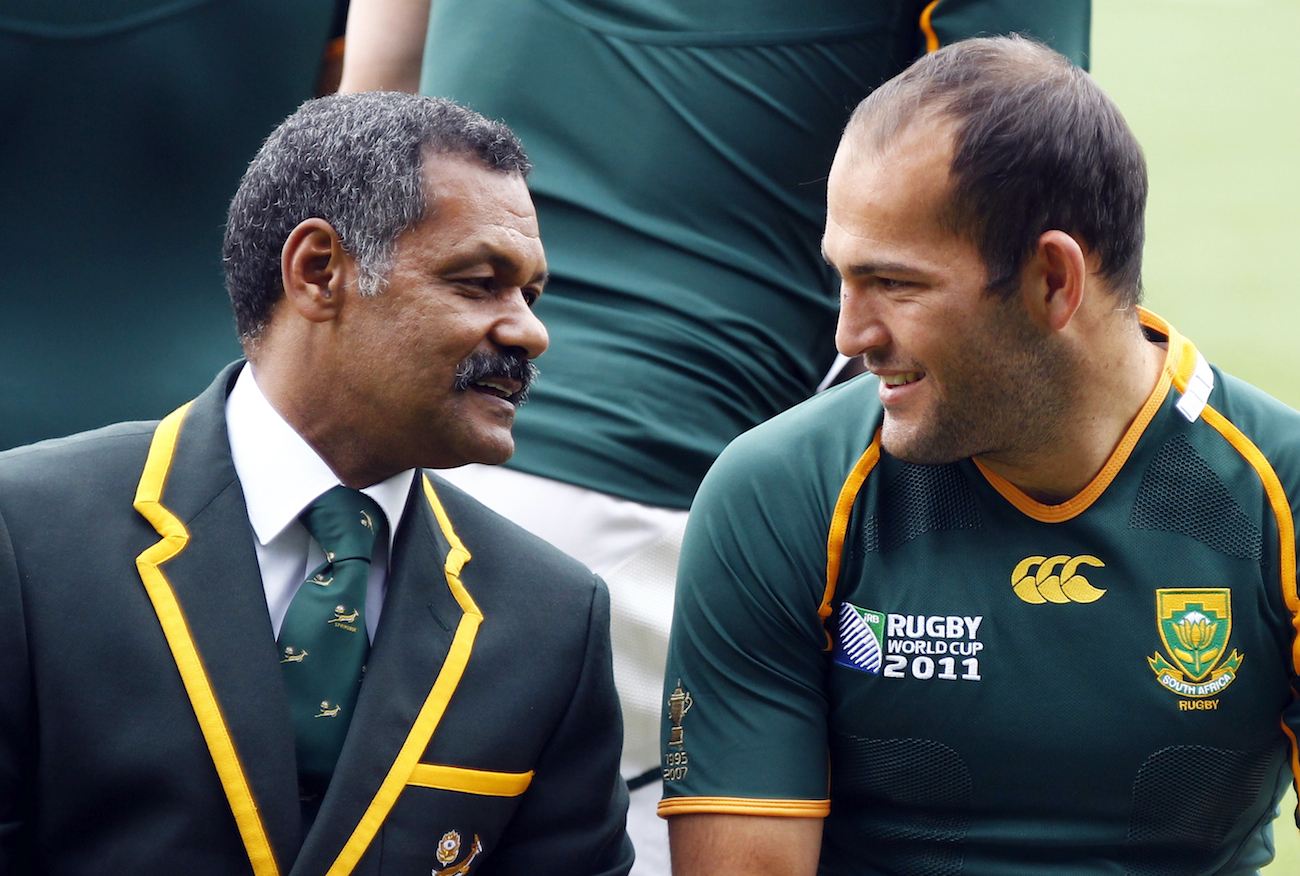 What a difference a week makes. Prior to the systematic dismantling of the Fijians and the crushing of the Namibians, the Boks were being ridiculed for their heart-stopping victory over Wales. And as the Bok’s defence campaign gains momentum, STYLI CHARALAMBOUS looks at some of the selection posers that could affect the outcome of their crusade.

Bar the 1999 brain freeze by Nick Mallet, when incumbent eighthman and captain Gary Teichmann was overlooked for high-flying Bobby Skinstad, Springbok teams at the World Cup have pretty much selected themselves. In four previous World Cup campaigns the only other selection controversy to have surfaced was the axing of Tiaan Strauss from the 1995 squad that went on to to lift the title, and, as a result, erase most fans’ recollection of the incident.

But now as the Bok team graduates from zeroes to heroes in the space of a week (the customary fluctuation period for Bok fortunes) certain positions are being becoming somewhat of a head-scratcher for coach Peter de Villiers and his assistants.

de Villiers’ support for captain John Smit is well documented, and by picking him as captain of the RWC squad at the first training squad announcement back in June, the veteran hooker and world-record holder for test matches as captain, was always a front-runner for the starting berth ahead of Sharks teammate Bismark du Plessis in the big encounters. A growing voice of discontent among fans is calling for the Bok captain to switch roles with the bullocking Free State-born farmer, and rather come off the bench once Bismark has won the game for South Africa, as if the other 14 players are just bystanders.

Adding to the calls for du Plessis to start are legends of the game, like Sean Fitzpatrick, the most-capped hooker for New Zealand, who knows a thing or two about playing number two. However, as the tournament progresses and the games get tighter and tighter, Smit’s experience and guile as captain will be sorely needed. In past matches where Smit did not start or play, the lack of test-match-quality leadership was clearly evident, whether Victor Matfield or Fourie du Preez had been assigned the reins. Barring injury to Smit, it’s unlikely du Plessis will start in any of the big matches that remain.

For the Boks, the more concerning selection posers are the key positions of eight and nine. Pierre Spies is another favourite of de Villiers, who will most likely start in the remaining matches, with the coach no doubt pointing to performances against Fiji and Namibia as his justification for his selection. But in the tough matches the only time one hears Spies’ name is when the team sheets are read out. He’s a player that thrives in loose play; when the tight five are going forward, Spies can be counted on for numerous ball carries and even the odd line-break.

It’s in the close test match encounters where Spies shows he is reformed wing rather than a true eighthman, missing out on cover tackles and failing to get into the rough stuff. Willem Alberts is a better option to start these games and bulldoze the crap out of the opposition, allowing the looser Spies to come on in the closing 20 minutes as an impact player.

By his standards Fourie du Preez has had a woeful return to international rugby. In five test matches since his return from injury, du Preez has underwhelmed at scrumhalf, with his pinpoint kicking, such a big part of the Bok plan, now a thing of the past. du Preez looks like a player who is almost bored with rugby, having won everything there is to win in the sport, and feeling unchallenged by the presence of the mercurial Hougaard, picking substitute bench splinters from out his arse.

To drop the man that marshalled the Bok backline to the 2007 trophy would be a big call, and one can only hope that every forthcoming minute of game time helps du Preez get back to form and keeps South Africa on track for a successful defence. It wouldn’t shock many to hear du Preez retires from international rugby at the culmination of the Boks’ World Cup campaign.

Talking of Hougaard, every performance by the mulleted Blue Bulls player in a Springbok jersey has been thrilling to watch. Whether at scrumhalf or wing, Hougaard has impressed with strong running and even stronger defence, making him my first choice on the wing. Starting Hougaard ahead of now-record-holder Bryan Habana is a must. Habana has served South Africa well, but the years and the injuries have caught up to the man named the IRB International player of the year in 2005.

In the post-du Preez era, Hougaard should be a shoo-in to take over at the base of the scrum, which may extend Habana’s international career, but with Gio Aplon firing and a maturing Lwazi Mvovo, it could be tough times ahead for the Stormers man to keep his place in the squad.

For his all his time playing in Ireland, poor Jean de Villiers must have pissed off a couple Leprechauns. The centre has now been injured, at or before, each of the last three World Cup tournaments. While not tournament-ending, this injury may have forced a selection switch that could see de Villiers playing out the remainder of the tournament as a substitute. In his injury-enforced absence, Francois Steyn has reunited with Jacque Fourie to form a formidable combination in the midfield.

Their defence against Fiji was sublime, and the two looked as if they had been paired together for years. Steyn of course, is no stranger to the position, having earned his 2007 World Cup winner’s medal playing most of the games in that position , as he does for French club, Racing Metro. de Villiers, the coach, may very well be tempted to keep the Fourie-Steyn axis intact for the remainder of the RWC. And if he does, it ensures the exciting talent of Pat Lambie at fullback will be on the park to add some much needed straight running in the back line.

The tournament is too far gone to contemplate a change as radical this one I am about to suggest. And it represents an opportunity missed by the Bok coaching team in this year’s Tri-Nations. With Francois Steyn landing kicks from 60m out, it would have been interesting to see how he fared with the closer range kicks in international rugby. Gone are the days when he would shank it worse than this writer’s golf swing, and even the rare misses from further than 50m seem to only just miss. And if he had proved to be a 90%-plus goal kicker would we really need to start Morne Steyn ahead the more creative Lambie? But as I said, the World Cup is no place for frivolous experimentation and putting an untested halfback combination together for a World Cup defence borders on blind optimism or madness. But certainly, a prospect worth entertaining post-RWC 2011.

As mentioned in a previous opinion piece on the Bok’s World Cup chances, for a team to emerge victorious, you need an entire squad of 22 players that are capable of rising to each incremental challenge the tournament throws at them. The bad news is the Boks have a few selection quandaries to resolve, but the good news is that they seem to have the personnel to solve them. DM