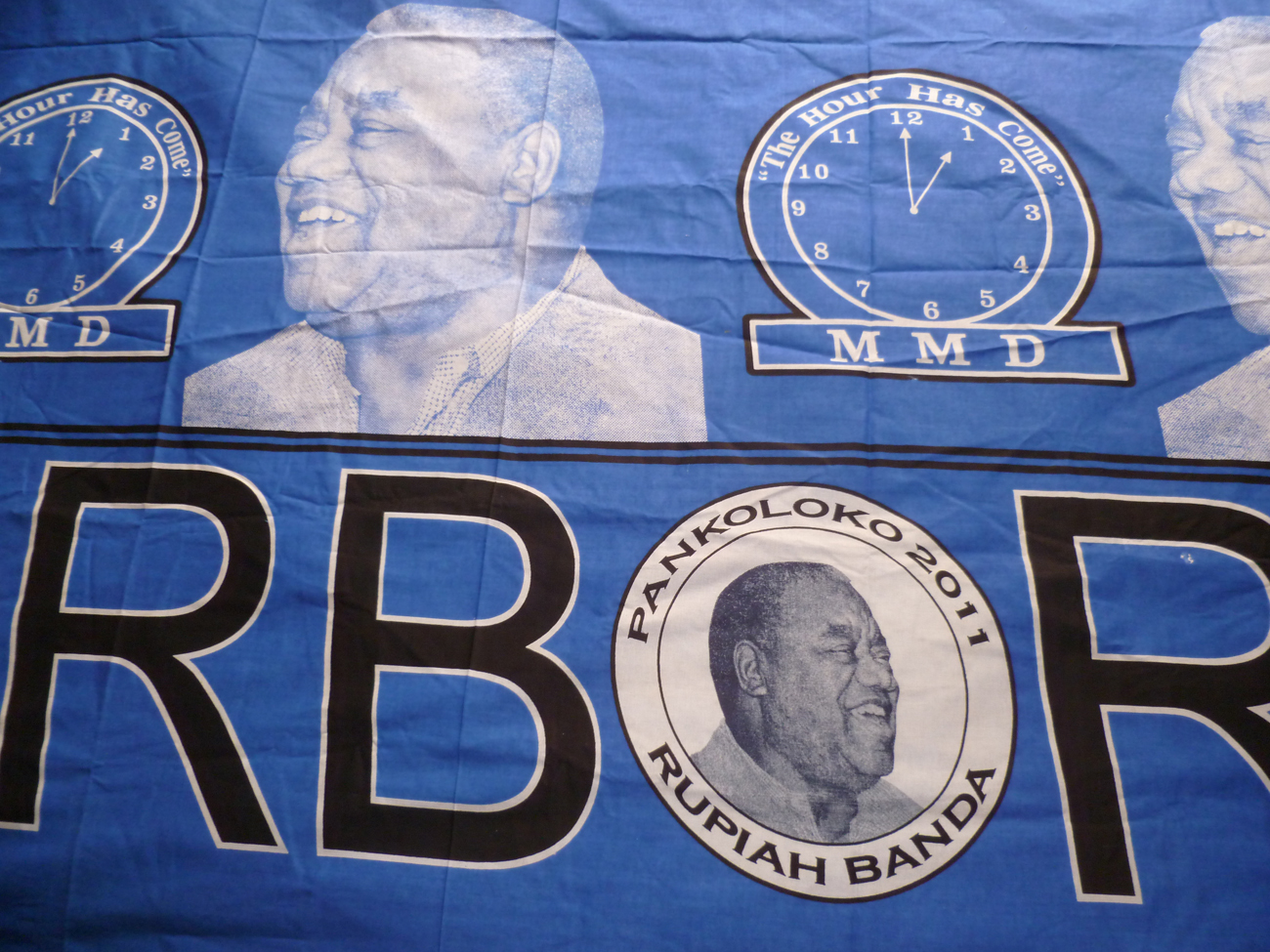 Election fever has hit Zambia as incumbent President Rupiah Banda battles it out with Michael “King Cobra” Sata for Zambia’s top job. Here’s what to expect in next week’s election, as well as an unnecessary, but diverting digression on the “soft bums” of ruling party spokeswoman Dora Siliya. By SIMON ALLISON.

The Zambian village of Mfuwe sprawls for kilometres along both sides of the potholed road to Chipata. It’s deep in the east of the country, closer to Lilongwe than Lusaka, and it’s prime Rupiah Banda territory; he comes from a village not far from here. The president of Zambia’s face is everywhere: on blue flags above every shop and bar, on the blue chitenge wraps worn by most women, and, in unflatteringly large magnification, on the side of the election truck which plies its way up and down the only road, carrying ruling party faithful (and occasional hitchhikers) to and from seemingly endless campaigning stops.

Mfuwe’s not always like this, but it’s election season, and next Tuesday’s vote is too close to call. Various polls say various things: A survey of Zambian youth put Banda ahead by a nose, while another released on Wednesday gave Banda’s opponent Michael Sata 55% of the vote. Sata, nicknamed King Cobra (because he’s slippery and always ready to strike), is a consummate politician. Rising through the ranks under Kenneth Kaunda, he joined Frederick Chiluba’s Movement for Multiparty Democracy just as Chiluba won the presidency. But after the MMD passed him over as presidential candidate in favour of Levy Mwanawasa, Sata left in a huff and started his own party, the Patriotic Front, to contest the 2001 elections. He lost out to Mwanawasa in those elections, and the next ones, and – after Mwanawasa’s death in office – the ones after that, this time to Rupiah Banda.

His party takes a simple, populist approach.  As Africa Confidential explained: “Food and fuel prices are Sata’s main targets, as is the increasing Asian commercial presence. Such was the virulence of his 2006 campaign that Chinese ambassador Li Baodong threatened to cut ties if Sata won. The furore gave Sata a boost, as did campaign contributions from China’s diplomatic rival Taiwan, but he was unable to convert it into a victory.”

Banda, on the other hand, has no qualms about welcoming the Chinese into Zambia. Trade exchanges between the two countries rose to $2.8 billion last year, which was nearly double that of 2009. A Chinese company has begun work on a $2 billion hydroelectric plant, while Zambians can now open Renminbi-based accounts at the local Bank of China branch. Even some of Banda’s campaign merchandise is made in China, such as the MMD-branded lollipops which are being distributed to potential voters. “There is no doubt that if President Rupiah Banda is victorious at the polls on 20 September, China’s footprint in Zambia will only continue to grow,” wrote Louise Redvers in the Mail & Guardian.

Banda and Sata don’t get on, and their rhetoric is increasingly personal rather than political. Said Banda: “Sata likes to call himself ‘the cobra’. I never trust a creature that slithers on its stomach. Would you trust a snake? I warn all Zambians: if you play with the cobra, expect to be bitten. But that is democracy for you. Everybody has a right to stand, even Michael Sata.”

Sata, on the other hand, went the legal route, claiming that Banda’s candidacy was unconstitutional because he didn’t’ satisfy residency requirements given that he was born in Zimbabwe and his mother in Malawi. A court dismissed these allegations.

But the most interesting political figure of the upcoming elections, at least according to the opposition-friendly newspaper The Post, is neither of these political heavyweights, but rather the controversial former broadcaster Dora Siliya, MMD spokeswoman. The Post takes a sanctimonious tone as it reports on Siliya’s salacious campaigning, which is apparently filled with sexual revelations and innuendo. In one story, she’s reported to have told a group of villagers that she divorced her husband because he was lazy in bed, refusing to go to sleep at night without his boxers on. In another, she’s said to have railed against homosexuality by urging men at a campaign rally to admire her soft buttocks: “You men here, are you not admiring me?” The Post quotes her as asking. “Are you admiring each other’s beards? You women can you get pregnant from a fellow woman? Isn’t that the end of the world? You men can you enjoy touching each other’s hard bums instead of a woman’s?” The men are said to have replied in unison: “We admire a lot, especially your buttocks!”

But regardless of the state of Dora Siliya’s buttocks, this is an important election for Zambia, a country which has maintained a slight, but steady upward trajectory over the past couple of decades. It’s benefitting from a long period of political stability, as well as the chronic instability of its southern neighbour, Zimbabwe, which has seen tourists and investment flowing into Zambia instead. A peaceful, fair election is widely expected, and will be another important milestone in Zambia’s democratic development. DM