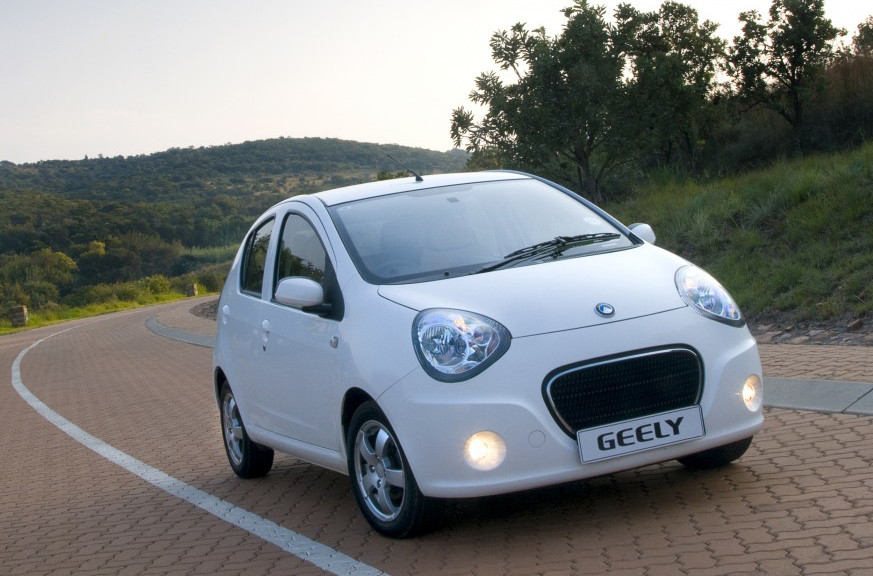 Whether you like it or not, Chinese cars are here to stay. They might not be the most original, and build quality often falls short of what we consider acceptable, but they’re well priced and well specced.

Those are attractive traits in a South African market where buyers are strapped for cash, and safe, reliable transport is mostly unavailable. Owning a car in SA is the ultimate expression of personal independence – if you can afford it.

Enter the Geely LC – a cheap and cheerful compact hoping to persuade local buyers that there’s more to Chinese cars than a sometimes sweet and often sour motoring experience. Geely may be something of an unknown quantity in South Africa, but it’s a big name in China, where Geely is the largest independent auto maker in a pretty large country. Considering that it bought Volvo from Ford last year, it clearly has ample resources too.

The Geely LC represents the brand’s first real foray into the SA market. It competes against a gaggle of superminis that include the Suzuki Alto, Toyota Aygo, Peugeot 107, as well as the Hyundai i10, the Kia Picanto, and the Chevy Spark. Oh yes, and the Fiat Panda.

In the context of A-segment superminis, the styling is hardly adventurous, but not copycat either. In fact, Geely will tell you that the car’s looks were inspired by China’s national mammal, the giant panda. And yes, those bulbous headlights and gaping grille do emulate a panda’s staring face, if you mix in a healthy dose of imagination. The tail lights, Geely says, mimic the footprint of a panda, too. Even the key fob has been designed to resemble a panda’s paw.

All the more then is the pity that the little Geely has to be saddled with that nonsensical LC moniker, which I’m sure has some obscure significance: could it be an abbreviation for Love China, or Luxury and Comfort?

Still, it’s attractive enough in a cute kind of way, and that large front grille sets it apart from the ultracompact crowd. The 14-inch wheels are alloy, and the body is colour-coded throughout. Panel fit and paint finish is pretty decent too.

However, the cabin is an acquired taste, and certainly different. The two-tone upholstery will get grubby quickly, and the plastics are hard and shiny – especially the fake carbon fibre bits. But remember: this is a sub-R90,000 after all! Besides, it has all the bells and whistles. The standard kit includes everything the motoring heart desires: from air-con and remote central locking to electric windows, power steering, a CD receiver with USB and auxiliary inputs, and – can you believe it – park distance control.

So, it’s small and smart – but is it safe? This top-end GT model has ABS brakes with EBD and no less than six airbags. Geely says it’s the first Chinese car to have scored five stars in the CN-CAP crash testing programme, although just how that compares with the universally recognised Euro NCAP ratings isn’t clear.

The cabin ergonomics are fair, although the seats could be more supportive. Rear accommodation is cramped, but so are most of the other contenders in this segment. The boot is deep and roomier than expected, but a narrow aperture makes it difficult to access. And then there’s the smell – an aroma of plastic and glue that can be quite prominent when the car’s been parked in the sun for an hour or two. It can become quite unpleasant, but one can’t allow an odour to bias one’s opinion of a car!

While most of the Geely’s rivals make do with one-litre three-cylinder engines, the LC gets a 1,300cc four-cylinder unit with twin overhead cams and 16 valves. The rated maximum power output is 63kW at 6,000rpm, combined with 110Nm of torque – but only at a peaky 5,200rpm.

The rest of the package is fairly predictable: a five-speed gearbox transfers the engine’s urge to the front wheels. The suspension links familiar MacPherson struts up front to a rear torsion beam. And the brakes consist of front discs and rear drums. But the proof of the pudding, they say, is in the eating – or in this case, in the driving – and it’s that aspect of the LC that disappoints most. It just never feels like it’s being powered by a 1,300, mostly because there just isn’t enough low-down torque on offer. The engine sounds wheezy, and you have to rev it like mad to make the most of the urge on offer.

Add the vague gearshift action, and driving the Geely with gusto is hard work. But then, it’s not meant to be a hot hatch, and as long as you use the full rev range and don’t mind shifting gears often, progress is reasonable, both in town and on the highway.

Performance-wise, Geely claims a zero-to-100km/h sprint time in the 15 second bracket and a 155km/h top speed, but at Reef altitudes, those figures sound a little optimistic. And given that rev-hungry engine, fuel consumption is fair at best – expect around 6.2 litres/100km in mixed driving. Handling is predictable rather than exciting, with a fair amount of lean in tight turns, and a steering action that’s over-assisted and too anodyne to involve. The brakes always feel up to the task though.

The Geely LC does a lot of things right. It’s well put together, nicely packaged and filled to the brim with standard features. It also costs about R20 000 less than its rivals. And that’s the top-end GT version – the most affordable LC starts at R79,999. However, the picture isn’t all rosy. The engine is unrefined, the gearshift is awful and the performance underwhelms at altitude. The Geely feels more appliance than automobile, and as such it’s perhaps more honest than some of its rivals.

But little else comes close in terms of sheer bang for bucks. And as long as it’s properly supported by its backers in South Africa, this could well become the first Chinese car to crack it in the supermini sector. DM