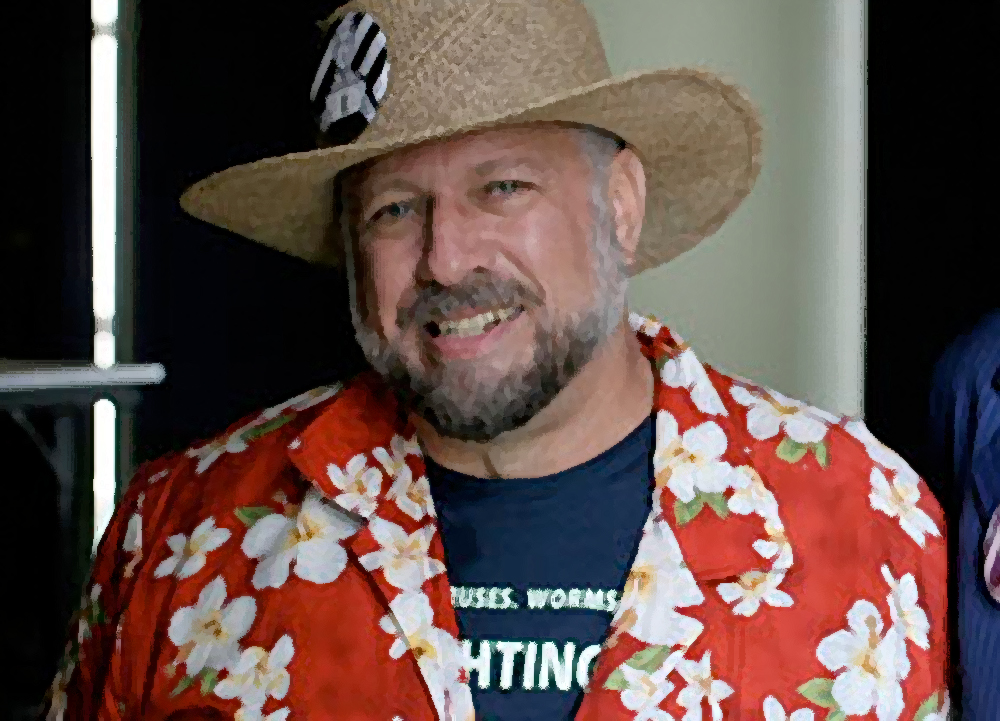 In many ways Michael Hart was a typical nerd, with typical nerdy quirks, like his penchant for adding sugar to pizza. In other ways, he completely changed the world. If we gently modify Psalm 25:8 to read, “the geek shall inherit the earth,” then along with Steve Jobs, Bill Gates and a handful of other early visionaries, the planet belongs to Hart. The founder of the legendary Project Gutenberg, and thus the inventor of the e-book, died this week at the age of 64. He will be remembered as one of the fathers of the information age. By RICHARD POPLAK.

Michael Stern Hart was certainly a geek, but he was a different species of geek altogether. He was burly, bearded, wore cowboy hats and Hawaiian shirts. “I am a revolutionary in this neo-industrial revolution,” Hart once told the Chicago Tribune. “That’s why they have trouble with me. How can anyone be troubled by free information?” Project Gutenberg made Hart many enemies, especially in the traditional publishing industry, which accused him of profiting on the back of dead authors. But to use “Project Gutenberg” and “profit” in the same sentence is laughable. Hart did what he did out of a strong belief that the future of humanity rested on our ability to freely share information. He foresaw a new age of abundance and did what he could to usher it in.

He was born on 8 March 1947 in Tacoma, Washington. Hart’s parents were both brain-boxes: His mother was a crypto-analyst during World War II, and his father a Shakespeare scholar. They both retrained and started teaching at the University of Illinois, in Urbana, where Hart would live until his untimely death.

Hart was one of those brilliant, truculent students who would argue with his professors over the slightest blip in their reasoning. He was fast-tracked through his Bachelor of Science degree, graduating in only two years. Months later he found himself staring at the Xerox Sigma V mainframe computer in the University of Illinois’s materials and research lab. It was 1973, and Hart had free rein on the machine—a situation nerds across America would literally kill for. He calculated that this access was worth roughly $100 million on the open market and tried to conceive of a project that would justify such a massive number.

Sure, he could mess around with data processing. But he was more interested in information sharing. After spending a pleasant Independence Day evening watching fireworks, he received a free copy of the Declaration of Independence printed on parchment paper. Cue the further fireworks of epiphany, and Hart suddenly knew what his life’s mission would become.

He typed the text of the declaration into the Sigma V, hoping to send it through to his colleagues as an email via the Arpanet, a US-government sponsored precursor to the Internet. This caper would have crashed the system, so Hart backed down. He posted a message to his colleagues alerting them that the text could be downloaded, and Project Gutenberg was born with the click of an “Enter” key.

The definition of a visionary is someone who has the ability to sublimate the limitations of the present for the possibilities of the future. That’s exactly what Michael Hart did when he conceived of Project Gutenberg. He understood that computers would one day be powerful enough to download entire texts, and small enough to carry millions of those texts on tiny microchips. Over the next decade he worked alone, taking the odd job to support himself, typing into the database the King James Bible, the American Constitution, the Bill of Rights and, of course, “Alice’s Adventures in Wonderland”. His raison d’etre was to get books out into the public domain at no cost so we could, “break down the barriers of ignorance and illiteracy”.

In this, Hart became one of the original copy-leftists, and Project Gutenberg had running battles with those who believed authors and their estates should continue to profit from their work after the traditional copyright expires. In 1998, the Copyright Extension Act was signed into law in the US, which set the length of a copyright at 95.5 years. The Sonny Bono-led initiative wiped almost a million e-books from the public domain, and set the terms for a war about free information that continues to this day.

Indeed, Michael Hart viewed himself as a cyber-warrior, and he did come off as something of a William Gibson character, what with the hats and the shirts and the eccentricities. He believed Project Gutenberg represented one of the pillars of what he called the “Fifth Information Age” which would deliver unlimited knowledge via an array of e-reader devices to an enlightened global population. Now that we have empirical proof that the Internet and smartphones make us stupider rather than smarter—stand up, LOLcats, we’re talking to you!—Hart’s mantic declarations can seem quaint. But certain facts remain, and the idea that e-books and the dissemination of information could be the salvation of our species hasn’t entirely lost its lustre.

Hart is now gone, representing the beginning of the end of the stalwart geeks who kicked off the digital age. With Steve Jobs retreating from the stage, and more contemporaries succumbing to the ills of geekdom, we are losing the pioneers of the time that has come to define us. Here’s hoping Michael Hart’s visionary expectations for human beings were not entirely off-base, and that we may live up to his best estimations. The fact that you are reading his obituary on a tablet proves him right on at least one count. DM