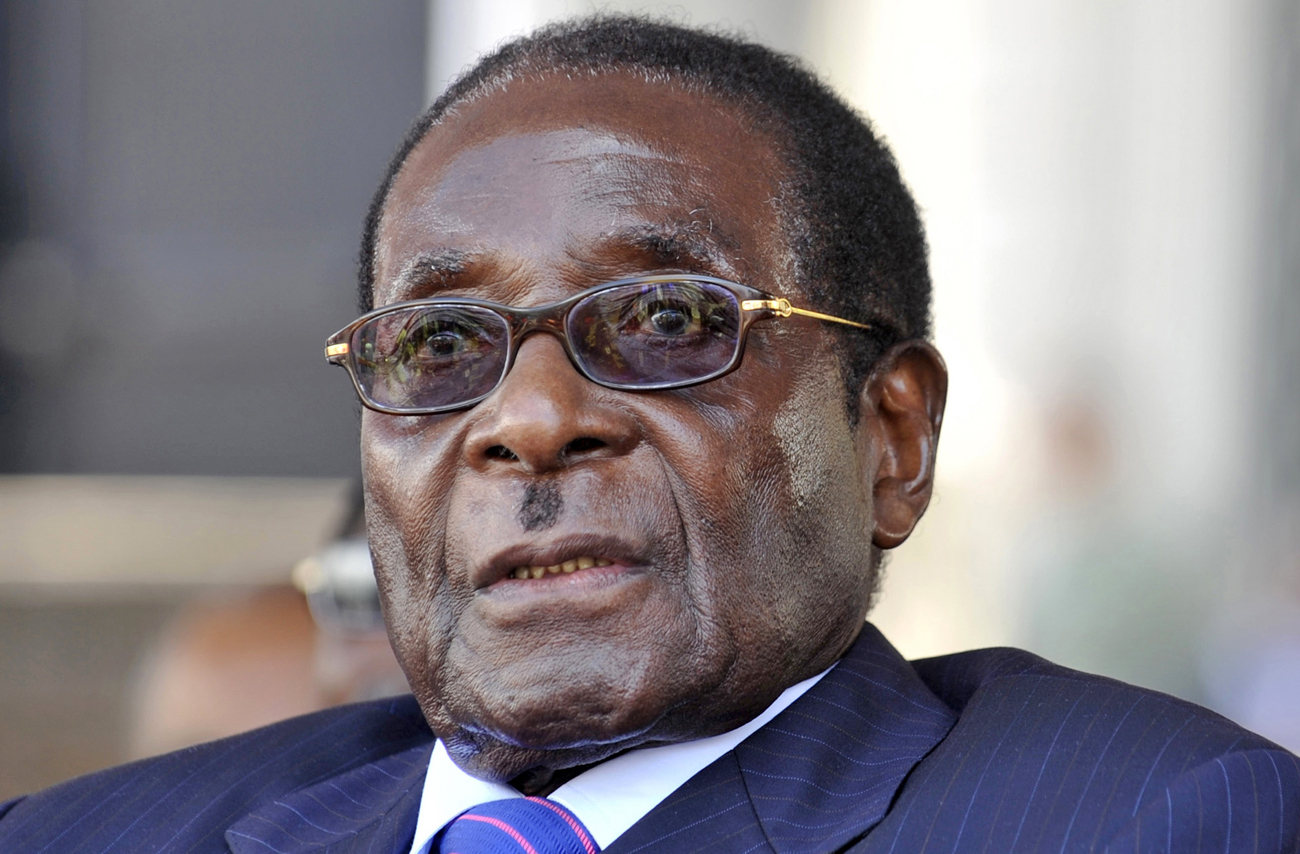 Robert Mugabe announced he does not intend to allow western election observers into Zimbabwe to monitor the coming presidential polls. It’s tempting to dismiss this as the opening gambit of a man who knows that his country’s elections will not be free and fair, indeed of a man who has a track record of rigged elections and the means and willingness to do it again. But that doesn’t mean it’s a bad idea. By SIMON ALLISON.

Whether or not Mugabe or his henchmen (and henchwomen) intend to fix the result of the Zimbabwean election tentatively scheduled for March next year, the aging and reportedly cancerous president’s logic in banning western international observers is sound. In response to a question from the new British ambassador to Zimbabwe, asking whether Western observers would be allowed into the country, Mugabe answered unequivocaly in the negative.

According to the Zimbabwe Mail: “Mugabe explained that Zimbabwe abhors countries which meddle in the country’s electoral affairs and called on Britain not to hold such a campaign whether in favour of his Zanu-PF party or against the liberation party…Mugabe said Zimbabwe cannot invite people who have imposed sanctions on her to be observers because by imposing sanctions Britain has demonstrated her dislike of one side while favouring the other.” He went on to say that all western observers would be prevented from entering Zimbabwe.

It’s a fair comment in the circumstances. The United Nations and similar international institutions are all predicated on the concept of sovereignty, which in its most basic iteration is the idea that a government of a particular state has full control of what happens within its boundaries, and that no other government has the right to interfere in its internal workings. If all states respect the sovereignty of others, international institutions can be independent and impartial, as they are supposed to be. International observers sent to Zimbabwe, for example, would be able to do their job (and, perhaps more importantly, be seen to do their job) independently and free from bias. But, of course, sovereignty’s always been a myth: as long as there have been governments, other governments have interfered. And in Zimbabwe, for better or worse, there has been plenty of interference. The international community has not been shy in condemning the regime of Robert Mugabe and imposing punishments such as sanctions.

There’s nothing necessarily wrong with this, especially in the new international environment which places a greater emphasis on human rights than sovereignty. It may even be laudable. But it does mean that the international community has chosen sides. They are participants in the Zimbabwean situation, and you can’t play the game and be the referee at the same time. It makes sense that independent observers who represent institutions which hold well-known views on Zimbabwean are compromised.

This is not to undermine the efforts of international observers themselves who perform an exceedingly difficult job in often dangerous circumstances. Their integrity is not in question – in fact, it’s not even relevant. It’s perceptions that count, and if their credibility can be convincingly undermined, then their work is in vain.

The presidential run-off elections in Cote d’Ivoire which sparked five months of intense violence are a good example. International election observers endorsed results which proclaimed challenger Alassane Ouattara as president. Incumbent Laurent Gbagbo refused to recognise these results, saying the elections had been rigged by the opposition, and that international observers had ignored the electoral fraud because the West wanted Gbagbo out. Never mind that observers from the West African regional body Ecowas had reached the same conclusion: it was those from the international community singled out for blame, and Gbagbo’s arguments resonated with his support which  were accustomed to his anti-West, anti-imperial rhetoric, making it easier for him to sit tight in his presidential villa while his and Outtara’s opposing militias rampaged across the country.

By ruling out international observers in Zimbabwe, Robert Mugabe is depriving himself of an easy excuse for a possible electoral defeat. If they’re not present, he can’t legitimately claim that the international community is interfering in the result.

But in the absence of international observers, how can Zimbabwe’s elections be protected? The solution lies with Africa. Mugabe, given his love of invoking pan-African ideals, will find it hard to prevent the African Union from monitoring the elections, and almost impossible to exclude SADC, given the regional body’s involvement in the establishment of the unity government. This is not to say that either of these bodies is unbiased – rather, that they have a much greater chance of appearing to be so, especially as far as Mugabe’s support is concerned. The AU and SADC must appoint experienced panels headed by a respected, no-nonsense figure who won’t be afraid of telling it like it is, and who the supporters of both Zanu and the MDC trust.

This would be in the AU and SADC’s best interests too. It’s been a torrid year for the continent in the diplomatic arena, and it needs to rebuild its legitimacy. As seen in the last Zimbabwean elections, as technology improves it’s getting harder and harder for elections to be rigged, and often the result is known on social media before it’s officially released. The AU simply can’t afford to endorse official results that are out of sync with reality, or they risk losing all the influence they have left. And SADC, as chief mediators in Zimbabwe, similarly need to maintain their impartiality and can’t afford to be seen to take sides.

It’s not often that Robert Mugabe has an idea that makes sense. But in this upcoming election, Western international observers are compromised by their perceived allegiance to Mugabe’s opposition and their presence would simply be a distraction Mugabe and Zanu could use to shift attention from the results of the election. They’ll have to work a lot harder to undermine the credibility of African observers, who themselves have plenty to gain by demonstrating a commitment to impartiality. DM