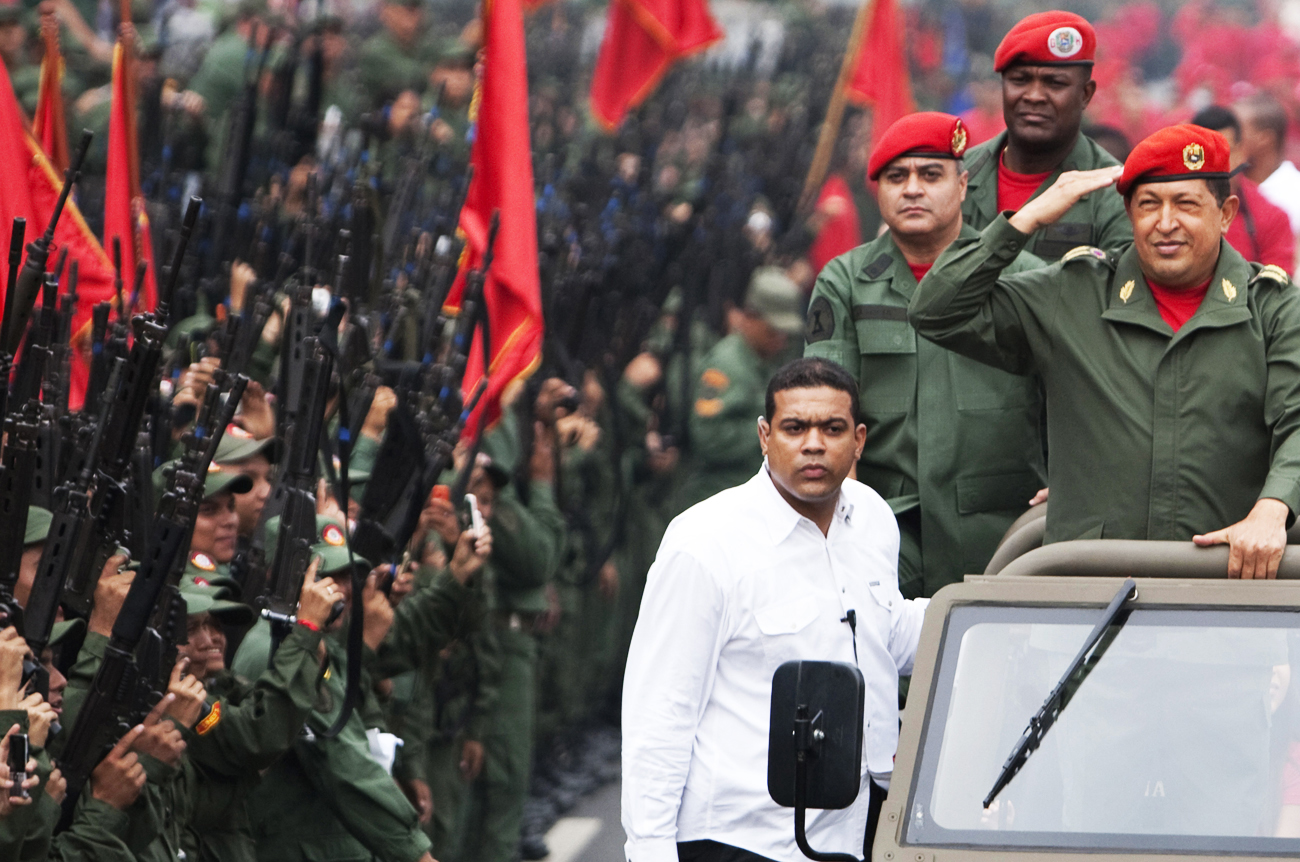 What hasn’t the government of Hugo Chávez nationalised? They have already put banks, telecommunications, oil fields, power utility providers, and lots of farmland in the government’s hands. It isn’t shocking then, that Chávez would want to bring the largely underdeveloped gold mining sector into the fold. The intention isn’t to sell it either, but rather to swell the government’s reserve coffers.

According to reports, Chávez will soon issue a decree that will put exploration and extraction of gold in the government’s hands. “It will be a decree to take the gold sector, which still remains in the hands of a mafia and smugglers,” he said in an interview with state television. “We don’t only have oil wealth, we have here one of the largest reserves of gold in the world. Let’s convert it into our international reserves because gold is increasing in its value.”

In 2006, Venezuela was ranked 22nd in gold production at an annual rate of 13,200 kilograms, according to the British Geological Survey.

The nationalisation of the gold mining industry wasn’t the most surprising thing Chávez said last week. He also announced that the country would be recalling billions of rands in cash reserves as well as 211 tonnes of gold it currently keeps in banks in Russia, China, Brazil and some European countries. The gold alone is worth about R79.2 billion.

Chávez reportedly offered the Central Bank of Caracas space in his presidential palace to store the gold if their vaults prove to be inadequate. Financial Times said: “Whether or not the central bank takes up Chávez’s offer, Venezuela’s gold reserves probably aren’t much safer elsewhere, given its almost total lack of independence from the executive. The government began inventing excuses for raiding its reserves as long ago as 2005, when an arbitrarily defined ‘optimal’ level of reserves was enshrined in law, with the ‘excess’ amount to be transferred twice a year to an opaque executive-controlled fund known as Fonden.”

The gold announcement set the Venezuelan Parliament on fire, if it didn’t do so to the markets. Opposition politicians accused Chávez of using the country’s gold to finance his 2012 bid for re-election. “They are greedy for money for the campaign and want to bring the gold to Venezuela to turn it into cash. Please, this is heresy,” said opposition MP Leomagno Flores.

“You will liquidate the gold and sell it because the only thing you know is how to rob, to rob and to rob!” said opposition MP Miguel Angel Rodriguez to Venezuela’s finance minister Jorge Giordani.

Giordani shot back at the opposition MPs, saying that they were stoking public fears. He said: “Apparently their intelligence level is lower than the floor. They are never going to govern the country!” Chávez himself took to Twitter to mock the opposition, saying: “It’s good that the ignorance of the opposition has been demonstrated. They should go and study a bit! The arguments of the Patriots are crushing! Once again the opposition is left in ridicule”.

Another explanation for the move is that Chávez is worried that Venezuela may become the target of asset freezes and foreign sanctions, and is pre-empting the damage that such a move would do by moving all his country’s cash and gold back into Venezuela.

On Friday, international ratings agency Standard & Poor’s announced that it was downgrading Venezuela’s long term foreign and local currency ratings from B+ to BB-, citing political risk. The gold move apparently had nothing to do with the downgrade decision.

S&P said in a statement: “The ‘B+’ sovereign credit ratings on Venezuela are constrained by political factors and are supported by the sovereign’s modest external and fiscal positions. In our opinion, changing and arbitrary laws, price and exchange controls, and other distorting and unpredictable economic measures have undermined private-sector investment and hurt productivity – weakening Venezuela’s domestic economy. Furthermore, the recent developments regarding President Hugo Chávez’s health could add to policy uncertainty.”

BBO, an investment bank based in Venezuela, said it best about the eccentricity of the Chávez administration. “In the end, the decision and the lack of a plausible financial or administrative reason for it simply adds to the confusion and appearance of improvisation on the part of Venezuela, which simply adds to the country’s credit risk and thus, financing costs. When transparency is already in question, a decision like the one to move the international reserves, without a serious explanation, simply obscures even more the management of the country’s finances and sends a warning to potential investors,” BBO said.

Simply put: don’t put your money in Venezuela. Chávez may decide that he has a valid claim on it. Now, what could South Africa learn from this? DM