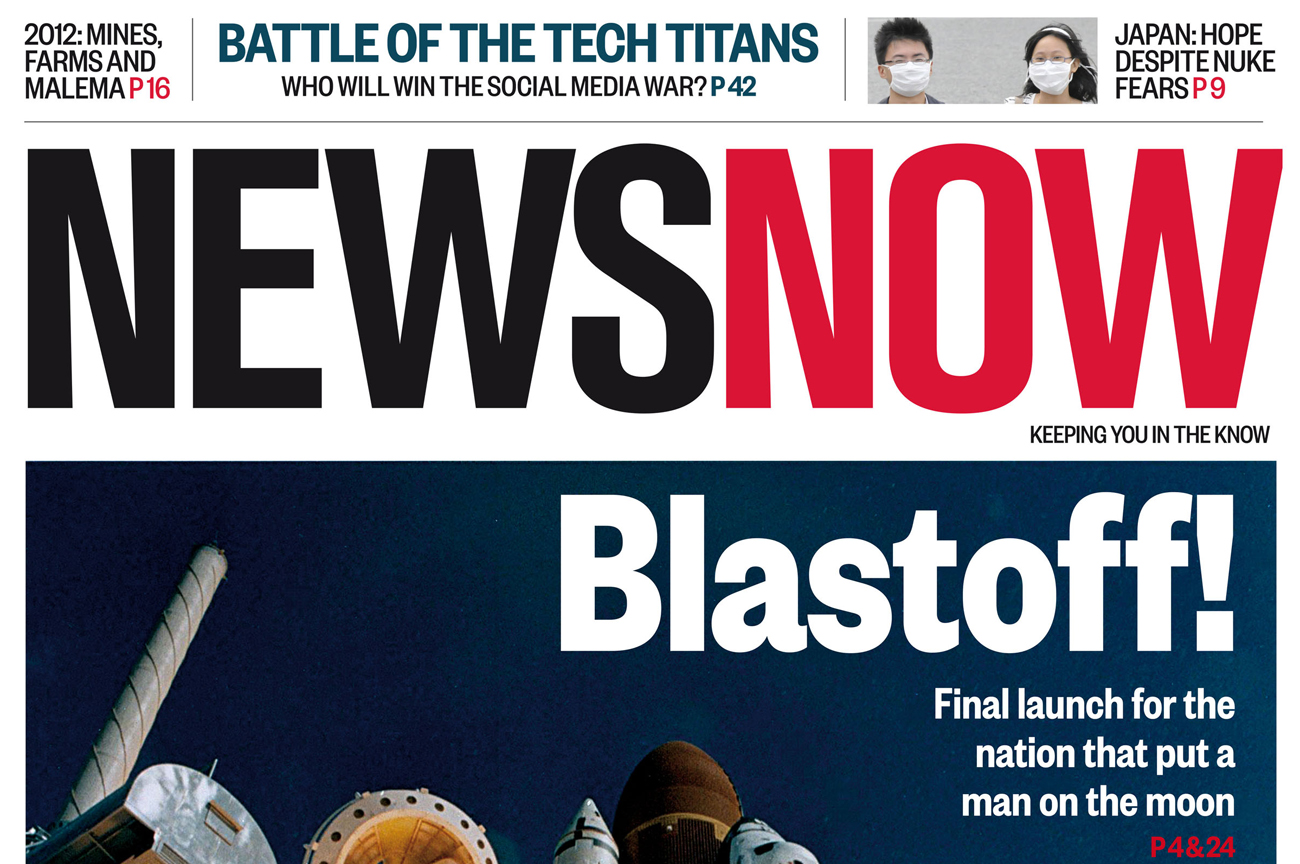 Perhaps it should have been called NewsNowNow, because it’s not exactly a magazine in the mould of the pacey interwebs. Media24’s new title NewsNow will be published once a week. And no story will be longer than a couple of hundred words. What would make someone who has seen the week’s news on their phones, laptops, televisions, iPads and newspapers pick up NewsNow instead of a dense weekly magazine or newspaper on Friday? NewsNow editor Waldimar Pelser explains to SIPHO HLONGWANE.

Forgive our confusion, dear readers. We’re of the view social media and the ubiquity of global news have narrowed the news cycle to the extent that news packages that used to come once a week must now come daily, and what used to be monthly must now be weekly. It is the way of things these days.

So when we heard that Media24 was launching a magazine called NewsNow, we thought the news would be, well, current. But it’ll be hitting shelves on Fridays, says editor Waldimar Pelser. Clearly, between the Daily Maverick and Media24, there’s an ideological difference. So what does the “other side” have to say about news in the age of short attention spans and shorter character limits?

Pelser said, “Our selling points are brevity and variety. In a news story of typically 120 words, NewsNow will include insights, opinions and facts from a great variety of sources, including top papers, talk shows, blogs and opinion pieces.

“Because we aggregate, we can cherry pick and give readers a sense of what was said in South Africa and abroad about the week’s main talking points – and not just in the handful of sources most people have time to access daily. Add to this the week’s best pictures, infographics, cartoons, blogs, columns, lifestyle news, sport, health and science. And it really is a fun, informative package for modern South Africans between 25 and 45 who are on the move and keen to keep up,” said Pelser.

Pelser is teamed up with former YOU assistant editor Charlene Rolls and eight journalists who will trawl through the interwebs searching for titbits to package in a magazine format. Eventually the entire staff will be 17 personnel. The 48-page package will cost you R20 at the retailers (from September onward), or you can get 50 issues for the price of 36 if you subscribe before 31 August. A subscription costs R60 a month, and according to Pelser, hundreds have already signed up.

“We will focus on perspectives and analysis while giving busy people an informative and fun catch-up on Fridays,” Pelser said. “We won’t break news, but late deadlines do allow us to miss out only on Thursday’s breaking news; on everything else of value we select and condense the best reporting and analysis available.

“We also buy one longer piece of some 1,200 words from publications in SA and abroad – a read of the week that represents the best journalism we can find.

Selling NewsNow just before weekend puts it in competition with the big weekend magazines and newspapers for the eyes of the readers. Pelser said these titles typically didn’t claim or aim to provide a digest of the week’s news. “Plus each one has a distinct editorial voice,” he said. “We harvest from them all and beyond, then provide you with a Friday catch-up.”
But not that that means NewsNow won’t have an editorial voice. “We’ll definitely have an editorial voice, but not an editor’s letter for example,” Pelser said. “In our selection, tone and angles, there will most certainly be an editorial voice.”

Pelser said Media24 was targeting high-value readers (that would be precisely the sort of people who have a Blackberry/iPhone, DStv subscription, and laptop and Internet connection) with NewsNow. The easily distracted among them, obviously. He said, “We most certainly assume that our readers already consume media and are practically married to their smartphones. Our target is a group of people, diverse but upwardly mobile, who seek a quality weekly read built around a busy lifestyle.

“Our stories are typically barely longer than that which can fit on a smartphone screen – but the content is the kicker. It comes back to aggregation again, and the fact that the product provides South African and world news and views. Precisely because so many of the messages showered on us daily come to us in 1s and zeroes, we see the print magazine as an ideal platform for a more reflective, but punchy weekly digest,” Pelser said.

Hmmm. Well, there you have it. A weekly paper magazine short on verbiage and heavy on blurbs. Pelser was confident they could pull in 25,000 readers a week, so this is no Sunday Times killer. The idea sounds fantastic – how many times haven’t you heard someone moan about the lack of time – but we still have our doubts. After spending Monday to Thursday reading your news in short, sharp format, would you still want your weekend read like that too? DM