Miles ahead: 20 years after his death, a jazz great liv...

Miles ahead: 20 years after his death, a jazz great lives on 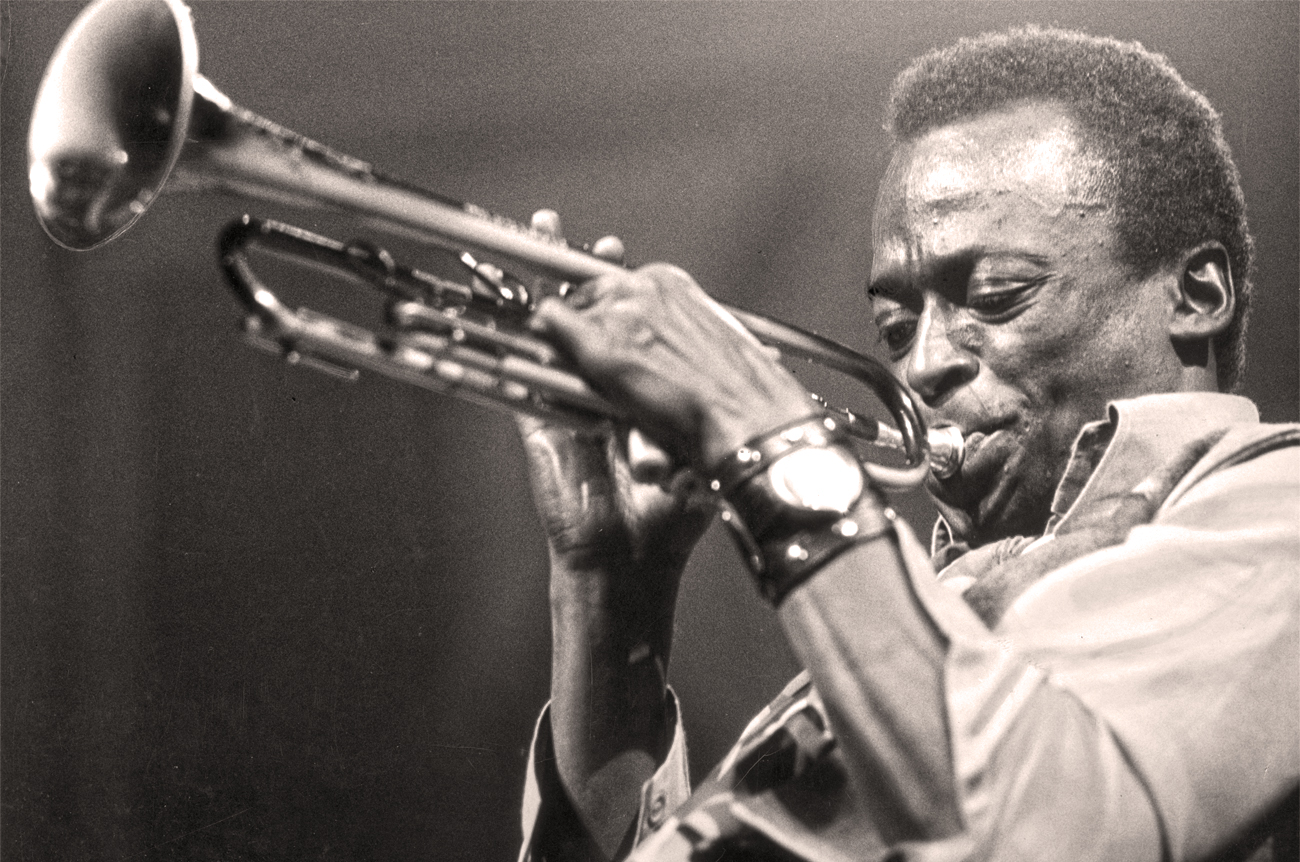 It’s not often that we credit politicians with making profoundly wise choices, which is why December 2009 stands as something of a watershed. The US House of Representatives, not a body known (or designed) for unanimous decisions, went ahead and made one. They voted, 409-0, to instate as a national treasure Miles Davis’s “Kind of Blue”, the bestselling jazz album of all time. Twenty years after his death, Davis’s legacy flags not at all. By RICHARD POPLAK.

In the annals of profanity, there is probably no greater entrant—and I include most hip hop albums and last orders at a Suffolk pub in this category—than Miles Davis’s fabulous autobiography. “Miles” charts the life and times of a true legend, through his early years in St. Louis, his coming of age in New York, his travels and travails with almost every jazz legend one can name, his struggle with sickle cell anaemia and his late rebirth as a musician.

“Miles” keeps company with a select group of celebrity penned (or dictated, as the case may be) tomes. Keith Richards’ recent (and brilliant) “Life” is a sly, knowing extension of the Stones’ mystique. Motley Crue’s “The Dirt” is a spectacular trawl through Sunset Boulevard big hair, glam rock scene. Robert Evans’s “The Kid Stays in the Picture” is dizzying evisceration of 70s era Hollywood. Bob Dylan’s “Chronicles” (recently on this site) brings down as many veils as it lifts on a musician who is wilfully unknowable. What these titles, and a handful of others, manage to do is open a portal into a particularly rich moment in cultural time. They take us by the hand and guide us along the fringes of our favourite pieces of art. They deepen our experience by contextualizing the framework under which these works are created.

So it is with “Miles”. For one thing, there is the inimitable voice. Pound for pound, no work of literature has used the term “motherfucker” as liberally as this one. A fun drinking game is to open the book on a random page, and down a tequila shot for every mention. (Tip: have an ambulance on speed dial.) Davis comes fully alive on the page, as a saturnine, dyspeptic addictive crank. But he also allows us to understand how his genius negotiated the minefield of his own compromised personality and the further obstacles of drugs, drink and fame. His abiding trait was a certain species of curiosity that urged him to make the best of a short spell at New York’s Julliard School, even though he hated the school’s narrow syllabus. He liked almost no one and yet he listened very deeply to almost everything he heard. He was uncompromising, but compromised in the best way—absorbing and adapting everything he learned in the service of making better, more innovative music.

His personality is thus a series of mazelike blind alleys: Just when you think you understand Miles Davis, you hit a wall. I remember reading “Miles” as a teenager, and being baffled by the fact that Davis was, in many respects, an extraordinarily generous artist. Wasn’t this the man who turned his back on his audience, the very folks from whom he extracted his considerable living? Wasn’t this the musician who punched his band mates first and asked questions later? I was not yet old enough the understand that to be a musician of the first order, you need to let others in.

Davis sat astride some of the most important musical movements of the twentieth century, and rarely botched his role as a freelance interpreter the zeitgeist. Like Dylan, he went electric toward the end of the sixties, bringing funk and acid rock into the laager of his second great quintet. The result was the double album “Bitches Brew”. Even for a relentlessly experimental age, that record stands as a challenge to its listeners. Nevertheless, it went gold, influencing a generation of musicians that would see us through post-punk and No Wave. Had Davis been less complicated—had he been closer in character to my ungenerous teenage estimation—he surely would have dismissed the inscrutable jingle-jangle that Herbie Hancock brought to his quintet. He didn’t, and modern music is almost inconceivable without his making fusion both commercially and creatively palatable.

He died 20 years ago, and yet he lives on. Despite a privileged background, he lived and felt the black American experience in his marrow. It’s a wonder that a man so angry could have playfully performed “Porgy and Bess” or recorded one of the very, very few perfect albums in “A Kind of Blue”. What is so abidingly remarkable about his work is how free of unnecessary dissonance it is. He was wilfully experimental, yet the discipline and generosity with which he approached his work allows it a certain softness. He played with a number of staggeringly talented musicians, and he towered above them all. He was, in all things, a motherfucker. He is missed, but not forgotten. DM