Anton Hammerl: Missing for 39 days and still no news 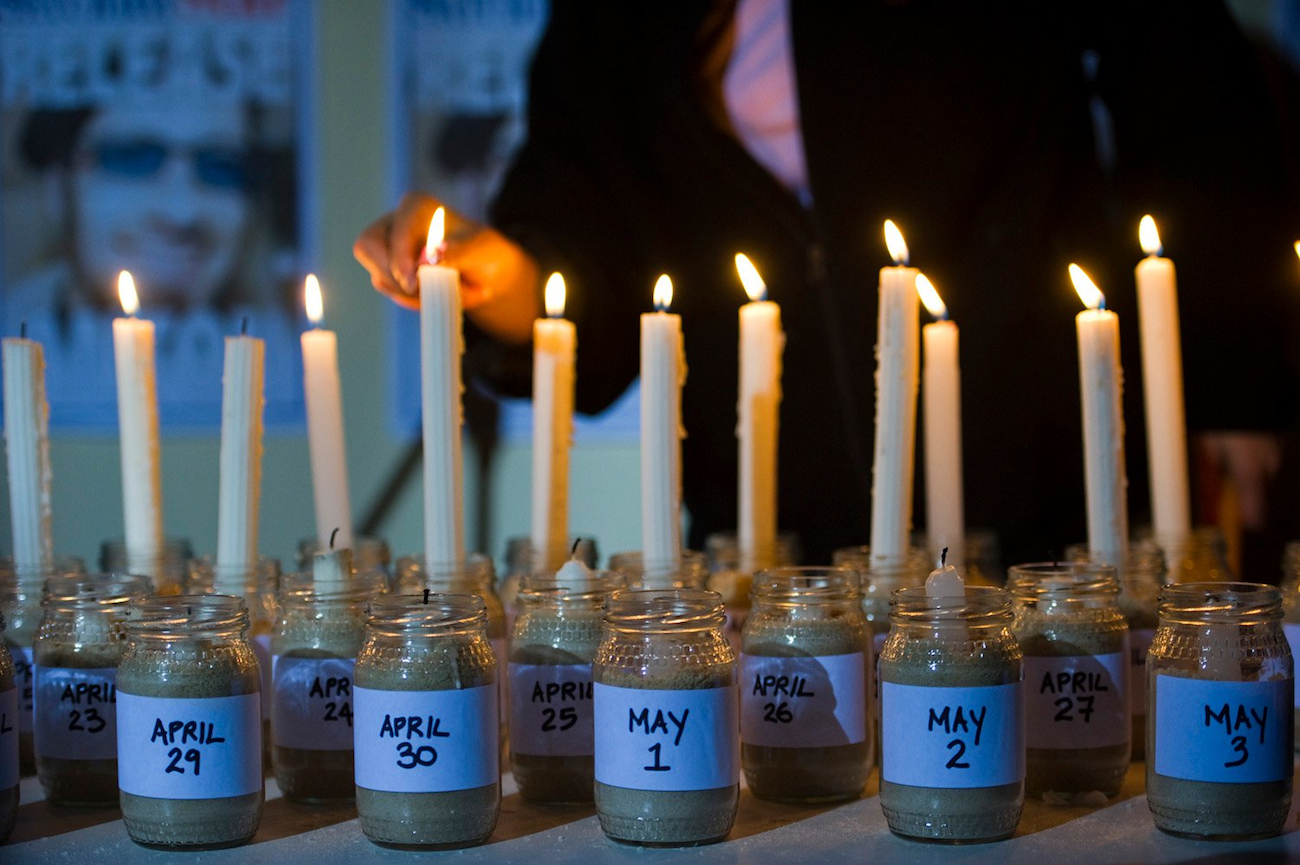 It's been 39 days since South African photojournalist Anton Hammerl went missing in Libya. Thirty-nine days that his family hasn't known with any certainty if their husband, son, father, brother is still alive. Thirty-nine days without so much as a phone call. And while the South African government claims it has proof of Hammerl's safety, it is time it shows it to the nation. By THERESA MALLINSON.

Hammerl was captured by Libyan forces on 5 April – the same day as US journalists Jim Foley and Clare Gillis, as well as Spanish photojournalist Manu Brabo. However, when Gillis was finally allowed to phone home on 21 April, she reported that Hammerl had not been captured together with the other three journalists.

Gillis was allowed a second phone call home on 26 April, while both Foley and Brabo called their parents on 22 April. And on 7 May, Gillis, Foley and Brabo all received unnamed intermediary visitors – their first contact with anyone other than Libyan officials in more than a month. Meanwhile, the series of vigils and demonstrations about these three journalists’ detentions continue, but at least we know they are alive.

Hammerl’s family and friends have had no such consolation. On 22 April, it was reported that both the South African and Austrian governments had received information that Hammerl was alive. On 25 April, Austrian foreign ministry spokesman Peter Launsky-Tieffenthal told Sapa that two independent sources had confirmed this information.

However, in the absence of any concrete proof of Hammerl’s whereabouts, his family is growing increasingly worried. “It is with great concern that 37 days have passed with us having any contact with Anton,” said Penny Sukhraj, Hammerl’s wife, on Tuesday. “All we have, via the South African and Austrian governments – who themselves have received third-party assurances – is the word of the Libyans who are detaining him.”

Sukraj posed a list of unanswered questions that are of growing concern:

“These are very real questions that need to be asked right now,” she stated. “We are calling on government to ask these pertinent questions. We also plead with the Libyans to please give us access to Anton.”

International relations and cooperation minister Maite Nkoana-Mashabane responded in an interview with The Star on Thursday. However, she declined to give any details of the South African government’s efforts to secure Hammerl’s release, citing concerns that this would further endanger his safety. “We believe that in a situation of political crisis, which has reached the scale of a civil war, the more details you give to the media, the more you risk exposing him to danger,”  Nkoana-Mashabane. She did confirm that the government had proof that Hammerl was still alive with a simple “Yes”.

Thing is, it’s not only the media the South African government is refusing to communicate with, but Hammerl’s family members, who could surely be trusted not to disclose any detailed information to the media if they believed doing so would jeopardise his safety. But they are as much in the dark as the rest of us. A statement issued by the Free Anton Hammerl campaign on behalf of his family on Thursday morning reads: “If the South African officials have a concrete indication of his whereabouts, we call on them to share this with his family. We absolutely need to know that he is well and that we can dare to hope he will come home. For us to know this for sure we need proof, not only the word of the people holding him captive, but concrete proof in the form of a phone call or consular access. Where is the proof?”

Indeed, where is the proof? As much as the Anton’s family, friends, colleagues and supporters try to keep the flame of hope alive, the lack of information is hugely troubling. When this situation is contrasted with the phone calls and visits allowed to the three other journalists captured on the same day, it just doesn’t add up. The current evidence regarding Hammerl’s safety is pretty flimsy, nothing more than hearsay. Quite frankly, unless they know something we don’t, why should South African government officials trust vague assurances from Libya, when these aren’t backed up with firm proof? It’s not as if the Gaddafi regime is a paragon of honesty or trustworthiness.

It’s a twisted situation when one can only hope that Hammerl is, in fact, being held by Gaddafi’s administration, which would be one of the better possible scenarios. Whether the Libyan government is holding Hammerl or not, what seems certain is that it is withholding information about him. The media and public in South Africa are applying pressure on SA officials and diplomats to ascertain Hammerl’s whereabouts. It is their duty to convey the urgency of the case, in turn, to the Libyans. This means not meekly trusting assurances that he is “safe and well”, but to keep increasing the pressure until the day Penny Sukhraj answers the phone, and it is her husband speaking. FAM

Photo: Family friends and colleagues of missing photojournalist Anton Hammerl attend a candlelight vigil for the photographer in Johannesburg, South Africa on 3 May, World Press Freedom Day. Hammerl was taken prisoner by forces loyal to Muammar Gaddafi in Brega, Libya on 5 April and has not been heard from since. Photo: Shayne Robinson