William Shatner may be 80, but Captain Kirk is forever 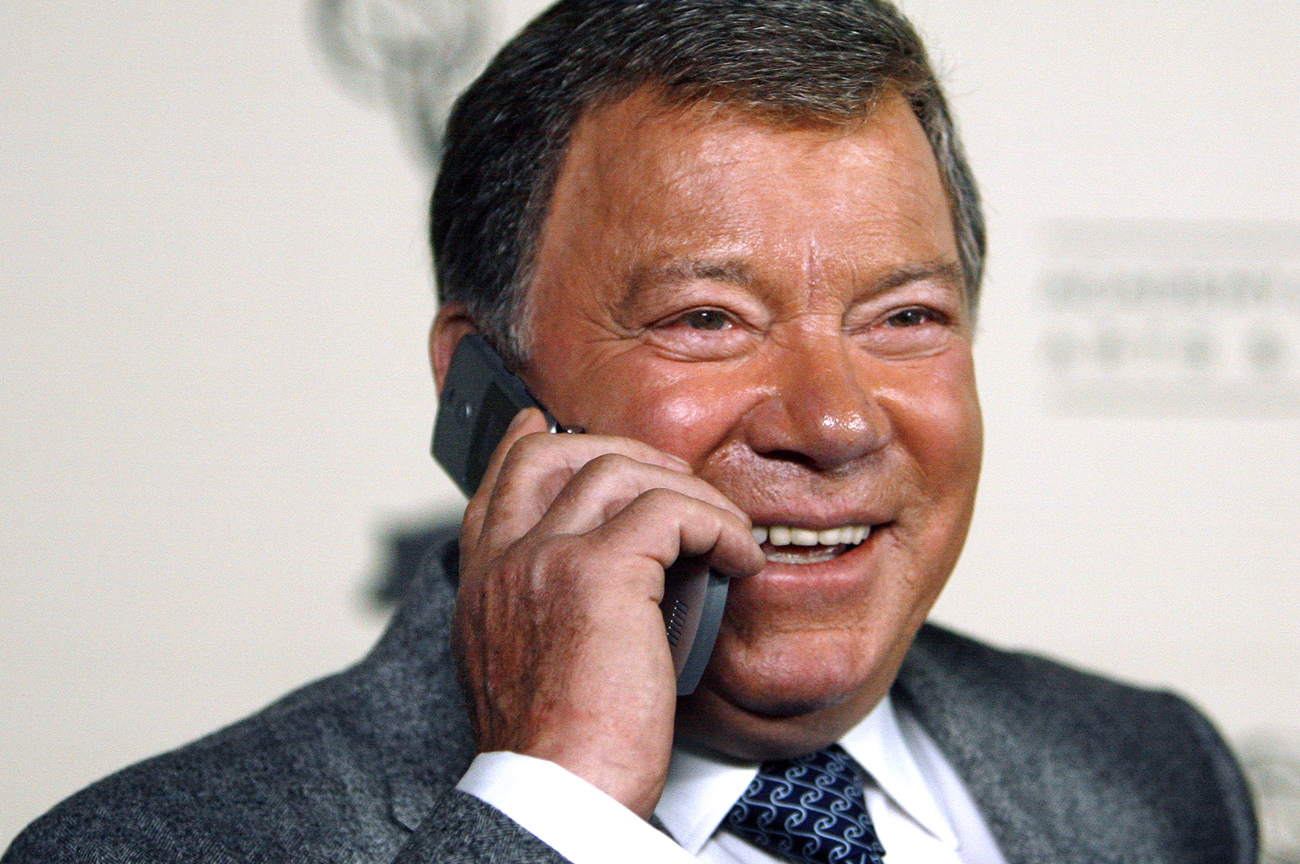 Actor, horse breeder, author, TV pitchman and small screen legend, William Shatner, turned 80 on 22 March. What with all those horsemen of the Apocalypse charging about in the Middle East, North Africa and Japan, you may not have noticed this star-date, but true Trekkies could never let such a thing go by without an appropriate celebration. By J BROOKS SPECTOR.

And so, for the third year in a row, fans organised a William Shatner Sound-Alike Competition. Of course, contestants needed to master the eerie pauses, unusual pronunciations of words like ‘saa-batage’ (sabotage for the uninitiated) and other verbal tics that are Shatner’s hallmark style. This year’s winner, Jeff Nelson, and all the other finalists can be seen here. Some of these impressions are uncanny, complete with costumes, soundtracks and parodies of parodies. Some of these folks, however, might want to consider getting out just a bit more in the daytime, beyond attending Trekkie conventions or going to one of those summer camps where you can study Klingon –  if you have the time and money.

William Shatner has had an extraordinarily varied career. One of a relatively small group of Canadians who have made it big in the film and TV world (okay, okay, there are also Michael J Fox, Neve Campbell, Dan Aykroyd, Donald Sutherland, Glenn Ford, Jim Carrey, John Candy, Keanu Reeves, Lorne Greene, Martin Short, Raymond Burr, Raymond Massey and Leslie Nielsen from north of the Lower 48 States), Shatner was a trained, live-stage Shakespearean actor, but he made his first real cinematic breakthrough in a film version of “The Brothers Karamazov”, together with Yul Brynner. Once he moved to the small screen, however, he made his big breaks, after work that included straight-man Ranger Bob on the Canadian version of the 1950s children’s favourite, “The Howdy Doody Show”. Really.

Picked after another actor, Jeffrey Hunter, didn’t quite fit the texture of the new show – Shatner became a cultural icon with his portrayal of James Tiberius Kirk, captain of the starship Enterprise, in the science fiction television series “Star Trek” from 1966 to 1969, “Star Trek: The Animated Series” from 1973 to 1974 and in seven of the subsequent Star Trek feature films from 1979 to 1994.

Several other short-lived series followed but, late in life for a TV actor, he made it big all over again as the eccentric, near-to-Alzheimer’s attorney Denny Crane in two different television series, “The Practice” and “Boston Legal”. Back yet again, Shatner currently stars in the CBS sitcom “$#*! My Dad Says”, based on the Twitter feed created by Justin Halpern.

It may be difficult to remember, but in the late 1960s, much of the content of “Star Trek” was very controversial, very challenging material. With anti-war themes in the middle of the Vietnam War, inter-racial intimacy including the first inter-racial kiss on US television (not to mention the occasional trans-species sexual encounter), explorations of the boundary between life and machines, as well as range of alternatives for traditional religion – Star Trek creator Gene Roddenberry and his cast pushed the edge of the envelope almost every week for years. Shatner’s role in all this was as the brave, emotional, ready-for-a-fight or a romantic interlude starship’s captain, often in contrast to his subordinate officers. These included his first officer, the half-Vulcan Spock, engineer Scotty and medical officer Dr. McCoy. Lesser characters included language specialist Uhura, Russian Chekhov and Japanese Sulu.

Like other fans of the show, I was delighted to have a real moment of connection with one of the characters, er, actors, associated with “Star Trek”. Years after the show left television I had the job of filling the governing council of a US government board that dealt with US-Japanese relations. With this task, there was no way I was going to ask anyone other than Mr. Sulu, er, George Takei, to take up this appointment. To my delight, he told me he was deeply honoured to be asked by his government to work on international relations – even if it was just for meetings six times a year. And I have an autographed photograph to prove it.

William Shatner’s work on screen, of course, has transcended “Star Trek”. With a reputation as an actor who showed up on time with his lines learnt, he had an active, if less than spectacular career until he set off on his mission “to boldly go where no man has gone before”. He played a critically acclaimed role in a staged-for-television production of “The Andersonville Trial”, a retelling of the first crimes against humanity trial, just after the American Civil War, as well as one of “The Twilight Zone’s” most famous episodes, “Nightmare at 20,000 Feet”. This was the story of an airline passenger who sees a gremlin tearing out the innards of a passenger jet engine in flight.

Over the years, William Shatner has also made something of a career parodying himself on television in guest appearances on shows like “Third Rock from the Sun”, “Fresh Prince of Belair”, as well as surreal moments like his performance of Elton John’s “Rocket Man” and several late-night television readings of the writings of rightwing politician Sarah Palin to the accompaniment of a jazz trio.

Most recently, William Shatner recorded a wake-up call for the crew of the Space Shuttle Discovery on 7 March 2011, its final day docked to the International Space Station as it was about to be retired from service. Backed by the familiar “Star Trek” theme music, Shatner’s voice rolled out into the galaxy: “Space, the final frontier. These have been the voyages of the Space Shuttle Discovery. Her 30-year mission: To seek out new science. To build new outposts. To bring nations together on the final frontier. To boldly go, and do, what no spacecraft has done before.” Perfect, split infinitive and all. Long live James Tiberius Kirk. DM