A Harley! My kingdom for a Harley!

A Harley! My kingdom for a Harley! 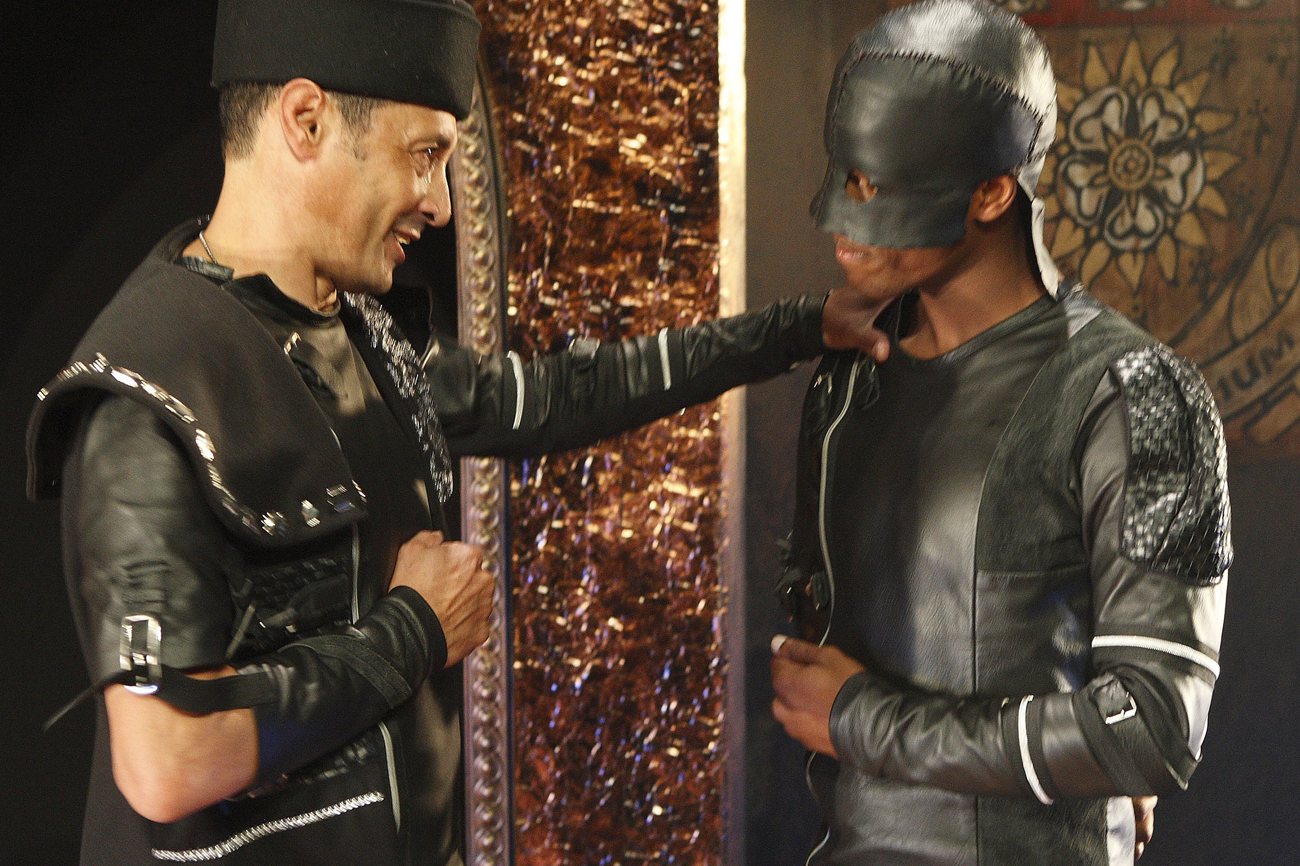 Okay, maybe we are being a little facetious, but it’s heady stuff, this Shakespeare. Especially if you’re not clued up on ye olde British history and your grasp of the elder English tongue is a little iffy. So Richard III as a biker is a polite nod to modernity that may have drawn a grin from the Bard himself, writes LESLEY STONES.

I watched “The Tragedy of Richard III” with enormous concentration, trying to work out who’s who, who’s doing what to whom, and who’s next in line for a swift beheading. What kept me focused through the lengthy play was the superb quality of the actors. Marcel Meyer, David Dennis and Anelisa Phewa are truly magnificent as they switch between multiple roles to present a cavalcade of characters with just three people.

Meyer is mesmerising as the paranoid, scheming, evil yet charming Richard. He’s dressed in deliciously kinky biker gear too, so even if your mind wanders off the plot your eyes are going nowhere. Yes, I know I should take it more seriously, but really, it’s a heavy piece of theatre so some light relief is welcome.

Meyer designed the costumes himself, so he naturally comes out on top. But the garments of the other characters are also admirable, giving all the characters an imposing stage presence. Masks come into play too, helping to portray the emotions of the characters from the meek and mild-mannered to hook-nosed villains. The masks allow the men to play women too, complete with copious heaving bosoms. The set works effectively, with a simple bench serving as the centre of the action and doorways for the numerous comings and goings. The sound effects add nicely to the overall atmosphere, and tight direction by Fred Abrahamse keeps the action flowing and emotions bubbling.

The cast is absolutely word perfect, which is an admirable feat on its own given the intensity and rapidity of the script. It’s a play that challenges the actors with a range of emotions and they relish the opportunity. David Dennis is superb as Buckingham, a master orator making the most of his juicy lines. Together they make the complex plot of skulduggery in old-fashioned language comprehensible, although the audience was noticeably diminished after the interval.

Heavyweight Shakespeare isn’t an easy choice of theatre, and once again the Market is boldly taking a chance by staging such a non-mainstream show. Students are probably almost obliged to attend, but your average paying public picking a night at the theatre will likely opt for something far less mentally demanding.

After more than two hours of intense theatre, I felt as if I’d sat through an epic.  I expect the brilliant cast were even more exhausted. DM

“The Tragedy of Richard III” runs at the Market Theatre until 24 April.