A Concorde of our ever-young, never-stopping imaginatio...

A Concorde of our ever-young, never-stopping imagination 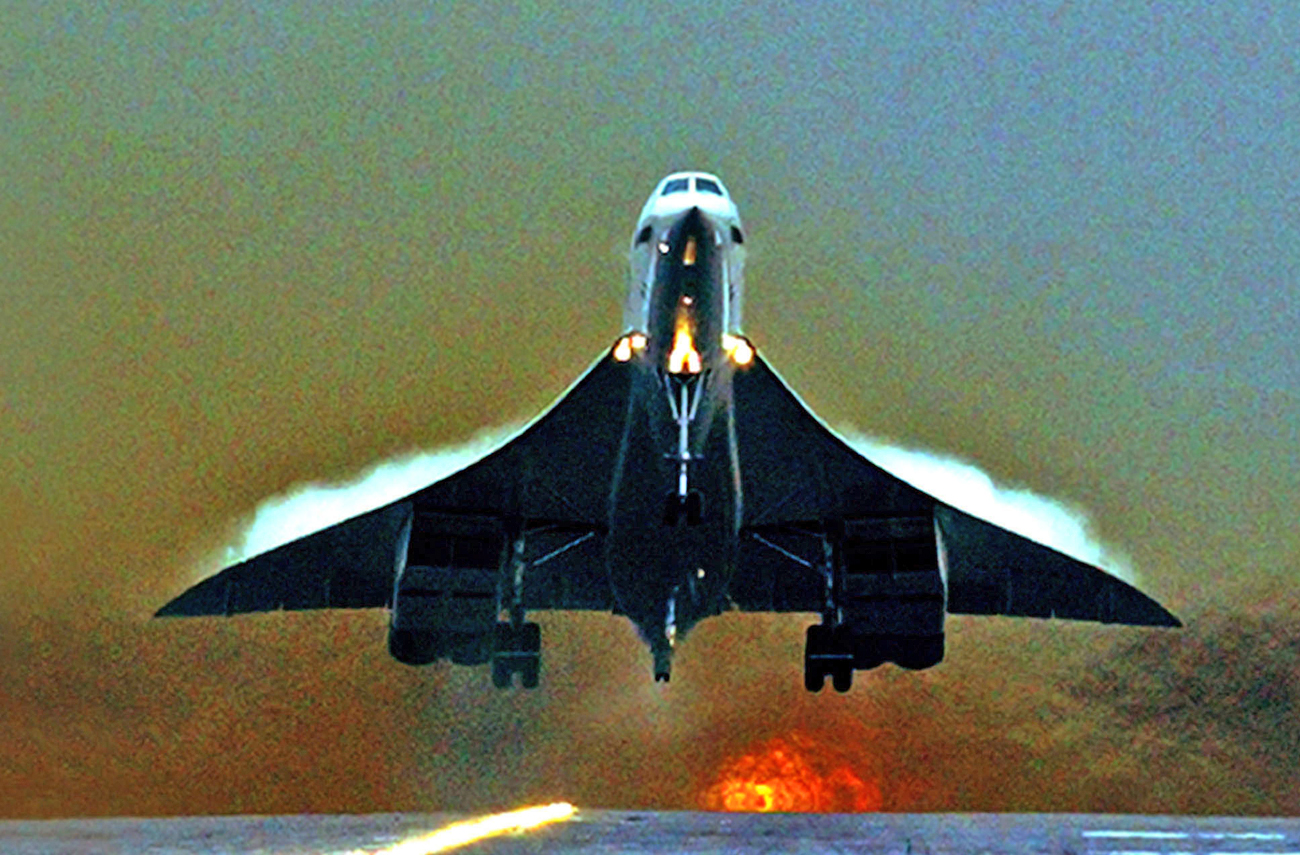 Another spadeful of dirt was thrown into the grave of one of mankind’s greatest achievements on Monday, when a judge in a French court made a ruling on the Concorde crash from ten years ago. Our eyes brimming with tears, we look back on the stormy birth and fiery death of one of the major milestones in human technological development. By SIPHO HLONGWANE.

On 25 July 2000, a poorly maintained Continental Airlines McDonnell Douglas DC-10 took off from Charles de Gaulle International Airport near Paris, France. On the runway it lost a 40 centimetre piece of titanium from one of its thrust reversers, installed without the approval of the US Federal Aviation Administration. Air France Flight 4590 was next to take off. A Concorde flight bound for New York, it hit the titanium piece at take-off speed, shredding a tyre. A large chunk of the rubber debris flew up and struck the underside of the aircraft’s wing at over 300 kilometres an hour, causing a massive pressure shockwave which ruptured a fuel tank. The leaking fuel caught fire, causing irreparable damage to one engine, the undercarriage and the port wing. Stricken and on fire, the Concorde crashed into a hotel as it tried to limp its way to the nearby Le Bourget Airport, killing all 100 passengers, nine crew members and four people on the ground. It had been, up to that point, the safest working passenger airplane in the world.

Although several modifications were made to the Concorde aircraft, including more durable tyres (which had been a constant source of pain by bursting on the runway), and a Kevlar underlining for the aircraft, it never recovered its pre-2000 glory. Partly due to a public spooked by the crash, partly due to the September 11 attacks (the British Airways made their last assessment flight to the US on the morning of 11 September 2001), the flights could no longer attract enough passengers to make them commercially viable. The planes were finally rested in 2003 – to much mourning among those who recognised the sheer genius and level of achievement that the Concorde represented.

On 6 December 2010, Judge Dominique Andreassier ruled that Continental Airlines and one of its mechanics were guilty of manslaughter in the deaths of the 113 people who died in the crash. The airline was fined €200,000 and ordered to pay Air France €1 million. Photo: Flames come out of the Air France Concorde seconds before it crashed in Gonesse near Paris Roissy airport in this file photo from July 25, 2000. Continental Airlines and five men went on trial on Tuesday for their alleged role in the crash of an Air France Concorde that killed 113 people in 2000 and brought an end to an era of luxury supersonic travel. Picture taken July 25, 2000. REUTERS/Andras Kisgergely.

Thus ended what Jeremy Clarkson called “an extraordinary technological achievement”. Mourning the Concorde in 2003, he wrote: “It’s hard to think of examples where human beings had the technology to progress, but held back. Maybe AD410 when the Romans pulled out of Britain, but not since. It’s not in our nature to snuff out the fire.”

The fire began in the frigid 1950s and 1960s, perhaps due to Cold War jingoism, when the United States, Soviet Russia, France and Britain were exploring the possibility of supersonic jet flights. The Bristol Aeroplane Company was working on a delta-winged concept, and when it finally approached the government for help with funding, the authorities took one look at the price tag and ordered BAC to seek an international partner. Only France was interested, and in November 1962, a draft treaty was signed between the two countries.

The only problem was that it was the 1960s and nobody knew how to build such an aircraft. It was to be a full regime autopilot and autothrottle, droop nose (during take-offs and landings), aluminium-constructed machine capable of achieving Mach 2 cruising speed. All the while carrying 100 fat corporate executives and jet-setters, rather than a fit and trim Biggles. The plane would have to overcome the enormous friction generated beyond the sound barrier, the massive punch of the supersonic shock wave, to name but a few things, and do this without requiring its passengers to have fighter-pilot experience. It was a monumental undertaking. A generous amount of haggling, dealing and pacifying had to be done to get the aeroplane past all the politics surrounding its inception. There were 19 airlines interested at first, but the list shortened to four, and when the Concorde finally took flight, it was only flying in Air France and British Airways livery. The United States tried to have the airplane banned from its shores on noise-pollution grounds, though that sentiment may have been fuelled by rank jealousy more than anything else. For a long time, France and Britain couldn’t agree on how exactly the name of the Concorde was to be spelt. At first, all parties agreed that the French spelling “Concorde” was fine, as it meant the same thing in both languages. However, the British Prime Minister decided to drop the “e” after Charles de Gaulle was perceived to have insulted Britain. It was only in 1967 that Britain’s then minister for technology Tony Benn saved the day by declaring, to much nationalist uproar, that he would re-appendage the “e”, and it would stand for England, Europe and entente cordiale.

After much trial and error, the plane was ready to fly in 1976, and for the first time in history, the Atlantic could be covered from Paris to New York in just three hours. For the next 24 years, French hearts would swell with pride on the continental side of the channel as the massive bird thundered overhead, while on the island side of the channel, heads would turn to watch the silver bullet speed by, and there would be silent nods to the engineers, designers, politicians and visionaries who made its existence possible.

In today’s world of encroaching environmentalist busy bodies and safety nuts, a world where we can easily communicate with each other around the globe, the Concorde may have been the last hurrah in the super-awesome mega-machine, at least for mobility here on Earth. Here’s to dreamers who set out to build a machine that was impossible to build, and succeeded. DM

Main photo: The final Concorde, Flight 216, takes off from London’s Heathrow Airport, en route to its birthplace Filton in western England, November 26, 2003. Concorde, which has made more farewell tours than Frank Sinatra, let out its final supersonic roar on Wednesday as it hurtled across the Bay of Biscay at twice the speed of sound before starting its new earthbound life at a heritage centre being built in Filton. Pictures of the year 2003. REUTERS/Lee Besford.