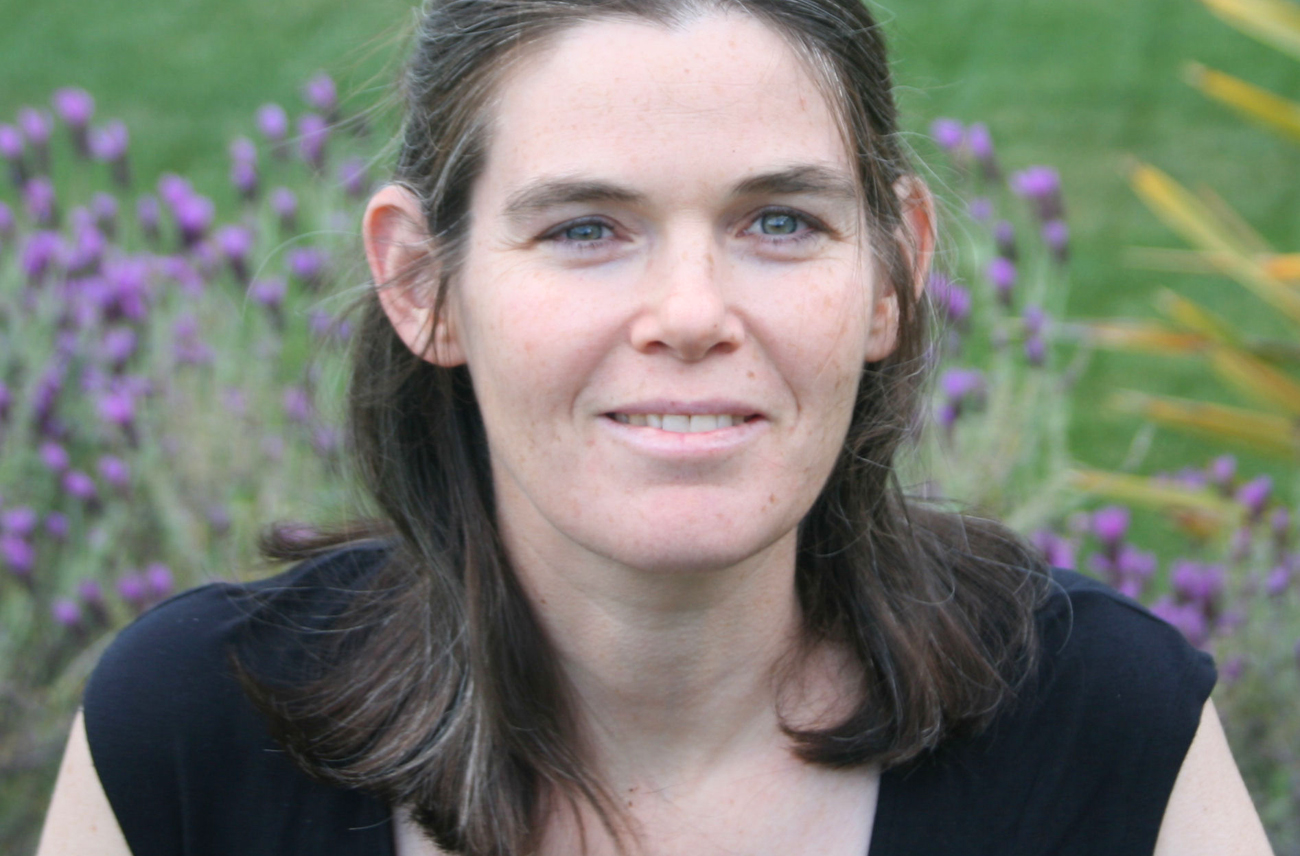 Daphne Koller is a genius who’s leading the renaissance in artificial intelligence, but don’t tell her that. The Stanford professor eschews the limelight and much prefers mentoring the next generation of clever computer scientists to speaking to the media. For her it’s all about the work, and creating that next design breakthrough that will benefit humanity. By MANDY DE WAAL.

The world is entering an age of superabundant data. We’re spewing out masses of information: from credit card charges to consumer shopping patterns and life-saving blood work results, to more mundane data like Facebook updates and blogs. The amount of information generated globally is increasing exponentially and, as it does, mankind will become ever more reliant on machines to make sense of it all.

More so, smart machines created by even smarter scientists will help humans solve problems that could save lives. One of the world’s top thinkers on artificial intelligence (AI) and machine learning is Daphne Koller, who’s helping machines “think” with her probability models for complex and uncertain domains. These models enable computer systems to solve real-world problems like changing the way search engines read images or predicting whether premature babies will have life-threatening complications.

Koller is part of a team at Stanford University that recently pioneered a revolutionary new way of modelling risks for premature infants. The assessment and scoring system, called PhysiScore, is an electronic version of the old Apgar test, but where it differs radically from the Apgar is that it can target specialised care and reduce healthcare costs by anticipating the wellness of babes that are born too soon. Another important aspect of PhysiScore is that, unlike the Apgar and laboratory testing, it is non-invasive.

Pivotal to the scientific team’s breakthrough in this regard was Koller’s work with complicated computational methods to discern faint patterns in the complex data about premature infants that helps determine future outcomes for incredibly young patients. PhysiScore has quite a few tests to go through before it will be put to commercial use, but the impact it could have on premature infant care is significant.

Then there’s what this could mean to medicine for everyone else. “To achieve truly personalised medicine, we have to integrate an enormous amount of data: clinical symptoms, diagnostic test results, physiological data streams and, soon, genetic and genomic data,” says Koller. “Computational methods derived from real patient records can deliver on the promise of personalised, evidence-based medicine.”

Watch Daphne Koller talk about how AI can be used to better diagnose illness:

Personalised medicine is a field of bio-medicine that’s causing huge excitement across the globe. “There are many compounds out there that are already useful for specific diseases in specific individuals, but we just don’t know what medicine is most likely to help a given individual who has a particular disease. Understanding the detailed pathways and detailed clinical manifestations of an individual patient using sophisticated machine learning and pattern-recognition techniques in tandem with modelling very large amounts of data that the bio-medical field has learned to collect will enable significant breakthroughs in this field,” Koller says.

The field of bio-technology and personalised medicine offers great hope, but will it be healthcare for the rich and the super-privileged? “When doing research projects, we definitely try to ensure that the outcomes are as widespread as possible,” says Koller. PhysiScore is a good example of this, as infant health and the risk to premature babies can now be tested without expensive laboratory tests. “For PhysiScore we deliberately created a system that would use a minimal amount of information. Here the outcome is determined from information derived from the heart-rate monitor. We tried to reduce the amount of fairly expensive and invasive testing that is required for this kind of diagnosis,” says Koller.

Another project Koller is working on diagnoses cancer using microscopic images; here the need for expensive genomic testing is eliminated in order to classify cancers into various types of treatment groups. Before this innovation people would have needed to travel to the US to get this done, but now all that’s needed is access to a biopsy needle and a microscope.

What excites Koller about the AI field is the huge amount of real-world applications that are currently useable and useful. “A few years ago about ten people developed a small handful of AI applications that had an impact on the real world. With the advent of machine learning that allows the noise and messiness of real data to be handled in a vigorous way, there are now literally thousands of applications that use these kinds of methods and which really work.” You’ve already used these applications each time you’ve googled or used Google’s translation engine. Useful AI tools also enable everyday systems that power traffic prediction and route planning.

“These techniques are showing the way to building more sophisticated AI applications that could see us create machines that are more recognisably intelligent. Previously people would feed machines facts manually to try and make them more intelligent, but these methods have demonstrated themselves as unlikely to succeed. I think a computer that could learn gradually on its own by observing more and more data about the world is more likely to be a path towards achieving some kind of intelligence,” Koller says.

Will Koller see machines achieving full human intelligence in her lifetime? “Such predictions are doomed to failure and much more famous and smarter people than I have made predictions about this and been proven wrong, so I hesitate to predict a particular timeline,” she says. “Let me say that I am not holding my breath for seeing it in my lifetime. It is a very hard problem.”

Koller, who is recognised for leading the renaissance in AI, says that the funny thing about machine intelligence is that the hardest tasks for computers are effortless for humans. “The basic perceptual tasks of vision, hearing and language understanding are amongst the more difficult for machines. But I think by using machine learning and pattern recognition methods – that  I by the way don’t take credit for, it’s an entire community that has been working on this and the seminal contributions are not mine – the techniques for enabling technology to get these incredibly challenging problems to start giving way are beginning to happen.”

Koller’s a giant among men (computational science in general and AI specifically being a field dominated by the masculine) and her promise showed at a young age. “I started my academic life early because I found normal school quite boring. When I was 13 I started going to college at the same time as high school and finished high school when I was 16. When I was 17 I finished my Bachelors and my Masters at 18. That made life a lot more interesting for me.” Koller’s tone isn’t boastful, but rather understated and pragmatic. A woman who’d far rather be teaching, mentoring or working on a ground-breaking research project than speaking to the media, Koller left Israel after completing her undergraduate degree and military service to do a PhD at Stanford.

Koller, a professor at the Stanford AI Lab, lives a life that’s managed to the minute. The reason why she’s speaking to The Daily Maverick briefly is because she wants to embolden young girls in Africa to dream of becoming genius scientists. “I think women are just as good as men [at] science and that they bring very different and extremely valuable perspectives to the table,” says Koller. “Young women should absolutely fight to have the right to get involved in science and engineering.”

Koller relates a fascinating story that she recently read in The New York Times about Oman, a country as paternalistic, if not more paternalistic, than South Africa. “Oman had a coup and the new ruler decided that girls should be educated equally with boys. A decade later all girl teams are out performing boys in education competitions. This can be done and it doesn’t even have to take a century. It just takes someone who is sufficiently forward-thinking to encourage girls to live up to their full potential,” says Koller.

Among her many other achievements, Koller is the winner of a MacArthur “Genius” Fellowship for her remarkable work in next-generation computer technology. It would be difficult for young women interested in maths, science and engineering to read about Koller and not be inspired to greatness. DM

Read more: New Tool Aims to Predict Problems in Preemies in BusinessWeek, Pursuing the Next Level of Artificial Intelligence in The New York Times, Newsweek’s Most Important People in 2010 – IA Pioneer Daphne Koller, and Daphne Koller Can Teach Your Computer to Think in Esquire.

SA’s drug regulator is ‘a pillar of public health’: What is it and how does it work?