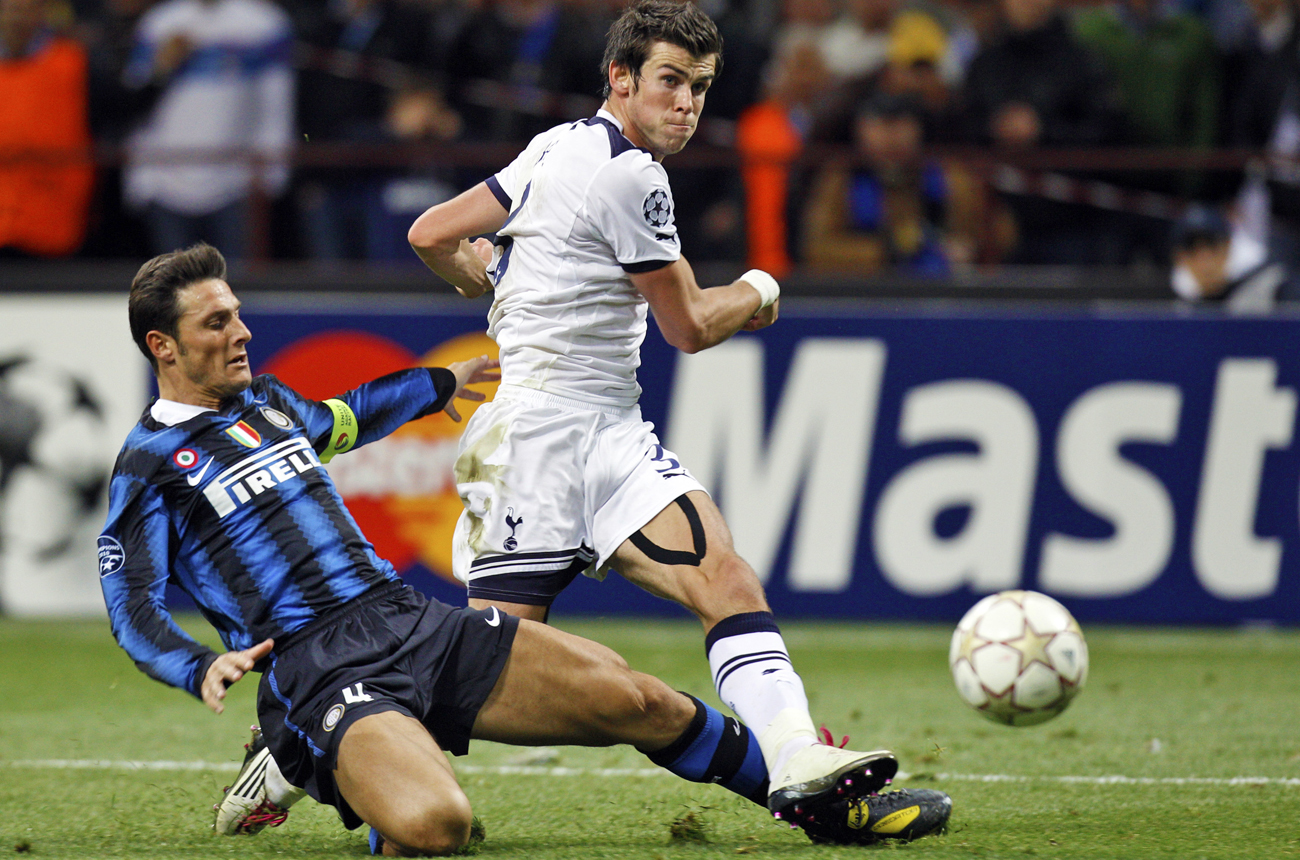 He is young. He’s a ballsy, wickedly talented left wingback, the sort of footballer they put on posters. And he’ll probably never play in a World Cup. Gareth Bale is good and ready to step into the shoes of Ryan Giggs. By SIPHO HLONGWANE.

Maicon is considered one of the best right back players in the world. His pace and agility in the attack are nothing to sniff at either. Remember that impossible goal he scored against North Korea in the World Cup? Strikers and wing players who go up against him treat him with respect, if not outright fear. On Tuesday, the world was treated to the spectacle of a 21-year-old Gareth Bale running tight circles around him in the Champions League fixture between Maicon’s Internazionale Milan and Tottenham Hotspurs.

In a historic win, Champions League first-timers Tottenham beat the defending champions Inter Milan 3 – 1 in a fast-paced battle of wits, with two of those goals being set up by Bale. After the match, Dutch international Rafael van der Vaart placed his teammate Bale among the best in the world. “He’s great, I think he’s one of our best players and every week everyone is scared of him,” he told Sky Sports. “Maicon is one of the best defenders in the world and I think he killed him today. We have to keep this guy.”

Showing so much at such a young age, you’d expect then that the young Bale faces a glittering career ahead of him. Well, he probably does. And it probably will not be at White Hart Lane either. Say what you will of Tottenham Hotspurs, and they are a very good side on occasion, they simply aren’t a trophy-winning team. Sooner or later, Bale will be snapped up by a more ambitious club (more on that later).

Born in Cardiff, Bale was an outstanding football player from a very young age. He was quickly snapped up by Southampton and made his debut on 17 April 2006 for the club at the age of 16, becoming their second-youngest player ever. He moved to Tottenham a year later, and quickly established himself as left back of choice at the North London club.

Thanks to his nationality, there’s probably one accolade he’ll get that he’d rather he didn’t. He will in all likelihood join a select club of footballers, called “The Greatest Players Never to Play in a World Cup”. He’ll list among his fellows the North Irish legend George Best, who never played in a World Cup despite being one of the best attacking midfielders of his era, if not of all time. There’s the legendary Liberian striker George Weah, who terrorised defenders with his strength and pace, but never got to do so at the world’s greatest tournament. And a little closer to home for Bale, there is the Welsh and Manchester United star Ryan Giggs. Unlike tennis or golf, football doesn’t always guarantee that the best players will play in the best tournaments, and unless by some miracle Wales manages to qualify for a World Cup within the next 10 years, Bale will always watch it at home on the telly along with the rest of us.

Looking from this vantage point, there’s a very good chance Bale will join Manchester United once he’s had enough of not winning trophies with Spurs. It’s a match made in heaven, as it were. Manchester United wins trophies, and they need a successor to Ryan Giggs, something the likes of Nani and Ji Sung Park never really did. Remember, we called it first. DM