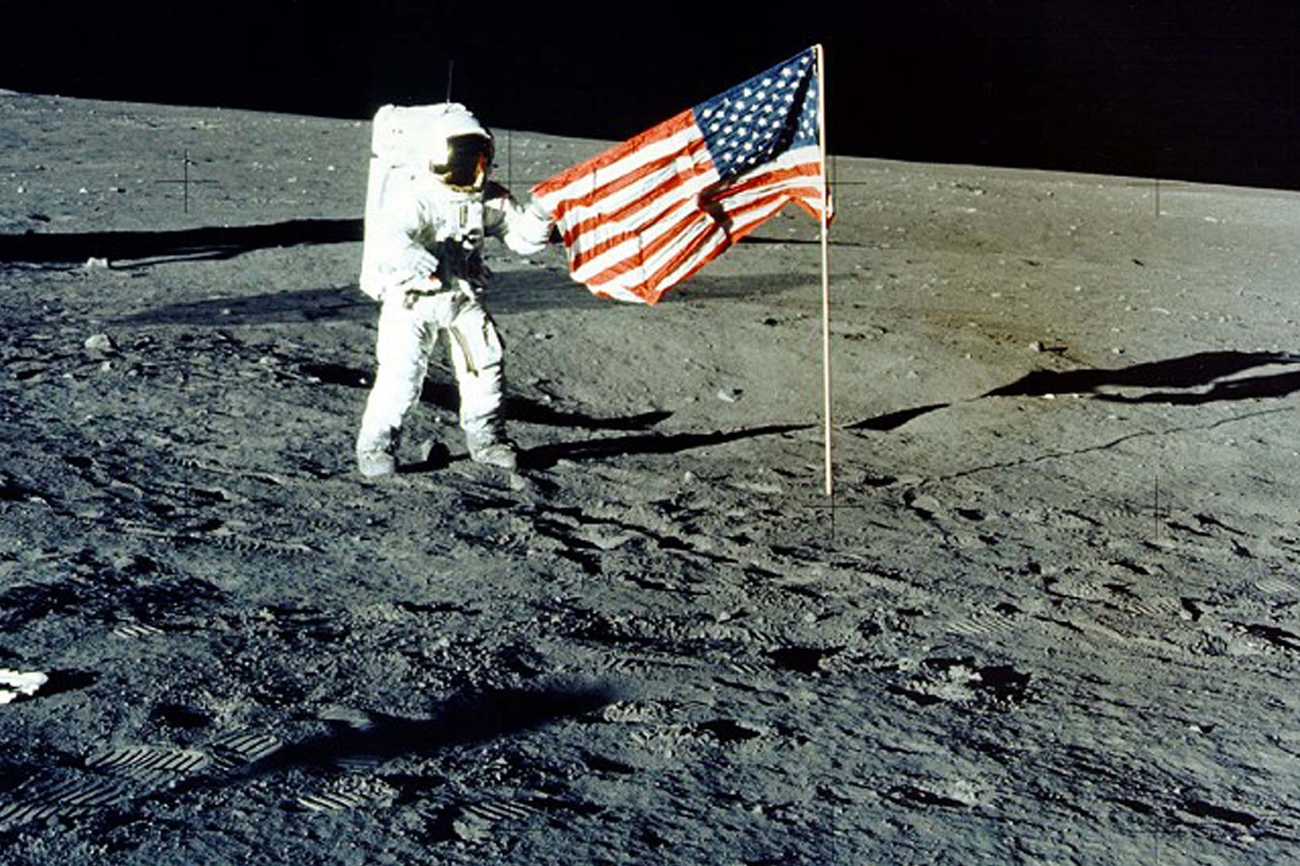 File photo of NASA astronaut Conrad Jr. standing with the U.S. flag on the lunar surface moon us flag

It’s official. After America touched the Moon on its cratered studio in October 2009, scientists have confirmed that the quantity of water discovered in the moondust is much greater than expected. We’re talking “human settlements on the moon” quantities, here. (Cue the title track to 70's sci-fi series Space: 1999.) By SIPHO HLONGWANE.

If you were fortunate enough to grow up in the 1970s, in all its prog rock glory, you may have watched Space: 1999, a British science fiction television series about 311 human beings who set up a base on the Moon. The terrible human beings portrayed in the series use the far side of the moon as a nuclear waste dumping site, until the waste reaches critical mass and explodes, sending the Moon and its inhabitants sailing into the dreadful unknowns of space.

Thanks to recent findings, it looks like reality has finally caught up to science fiction, and we may now be able to set up a real Moonbase Alpha.

In October 2009 two spacecraft were sent to the Moon. On the 9th, one of them was deliberately rammed into our lunar satellite, while the other filmed the impact. Scientists then analysed the kilometre-high plume of debris, and found water in the soil.

Further analysis has been conducted, and now scientists say that there is actually quite a lot of water up there. Some of the lunar soil could be composed of up to 5% water, in the form of ice. “That’s a significant amount of water,” Anthony Colaprete, from the US space agency’s Ames research centre, told the BBC.

“And it’s in the form of water-ice grains. That’s good news because water-ice is a very friendly resource to work with. You don’t have to warm it much; you just have to bring it up to room temperature to pull it out of the dirt real easy.

Besides the water, scientists found traces of methane, ammonia, hydrogen gas, carbon dioxide, carbon monoxide, and also tiny signatures of light metals such as sodium and mercury. There may even be silver up there, but not enough to make mining companies think about building a spacecraft of their own.

“The mission is once again changing our view of the Moon and showing just how complex it is,” Colaprete said. “There’s a wealth of resources in that oasis and those resources are potentially useable for future missions and future bases,” according to UCLA’s David Paige.

This wouldn’t be the first time sci-fi pointed the way for actual science and engineering. Jules Verne wrote about submarines and spacecraft in the late 19th century, long before the world would actually see these machines. William Gibson is credited with predicting the rise of virtual environments like the Web, and actually coined the phrase ‘cyberspace’ in his 1982 novella “Burning Chrome” (the word was brought to the popular consciousness in his 1984 cyberpunk masterpiece “Neuromancer”). But we fervently hope that the writers of Space: 1999 got the “massive nuclear explosion knocking lunar satellite out of orbit” bit all wrong.

And that the Arthur C Clarke’s (and Stanley Kubrick’s) “2001: A Space Odyssey” vision of lunar missions as launch bases for human exploration of the solar system are much closer to scientific reality. Yes, we are dreamers. DM

Photo: Charles “Pete” Conrad Jr. stands with the U.S. flag on the lunar surface during the Apollo 12 mission, in this 1969 file photo. REUTERS/NASA.