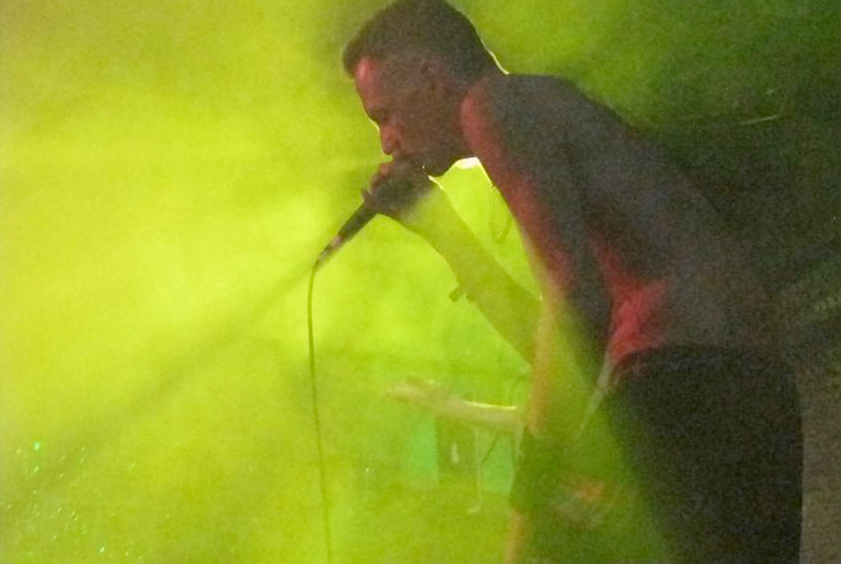 The Solomon R. Guggenheim Museum in New York is home to a priceless collection of Impressionist, Post-Impressionist, early modern, and contemporary art. Its Frank Lloyd Wright-designed shell, overlooking Manhattan’s Central Park, is one of the twentieth century’s great architectural achievements. On Sunday 24 October, the work of Ninja and Yo-Landi will be admitted into this company. Did someone say “genius”?

What follows, just to put things in perspective, is a list of things that are on display at the Solomon R. Guggenheim Museum at 1071 Fifth Street, New York, right now.

An exhibition called “Chaos and Classicism: Art in France, Italy, and Germany, 1918–1936,” which is a vast exploration of pre-World War II aesthetics in three countries that would be at the centre of the war, and encompasses painting, sculpture, photography, architecture, film, fashion, and the decorative arts (amongst the featured artists are Pablo Picasso, Henri Matisse, Jean Cocteau, Ludwig Mies van der Rohe, and Otto Dix).

An exhibition called “Kandinsky at the Bauhaus: 1922 to 1933,” which is about Vasily Kandinsky’s time as a teacher of the Wall Painting Workshop and Preliminary Course at the famous state-sponsored German school of art that operated from 1919 until 1933, when the Nazis closed it down.

An exhibition called “Vox Populi: Posters of the Interwar Years,” which focuses on what the museum refers to as “the greatest years in the history of poster design,” and includes posters used by manufacturers, political movements, and the entertainment industry “as immensely refined art… for a vast public.”

An exhibition called the “Thannhauser Collection,” which showcases the art collection of Justin K. Thannhauser (1892-1976 ), son of the art dealer Heinrich Thannhauser (1859–1935), the man who founded the Moderne Galerie in Munich in 1909.

On Sunday 24 October 2010 into this company will come a guy with a low-rent South African accent and a yin-yang on his t-shirt, who will say at the opening of a video that will be screened in one of the Guggenheim’s many rooms: “DJ Hi-Tek lives with his granny, and then I live with my Mom and Dad down the road, and then Yo-Landi lives… she’s the next-door neighbour, across the road.”

How did this happen? How has it come to pass that the faces of Ninja and Yo-Landi will appear in the same building – designed by Frank Lloyd Wright and known as one of the twentieth century’s most important architectural landmarks – as the faces and images conceived by Picasso, Matisse, and Kandinsky? Strangely enough (although on reflection it makes total sense), Die Antwoord’s music video “Zef Side” has been chosen as one of the winners of the global video art competition “You Tube Play,” which was unveiled at the Guggenheim on Thursday night 21 October.

Directed by local photographer and film-maker Sean Metelerkamp, the video made it through to the final 25 out of 23,000 submissions, impressing a jury of mainly New York-based artists that was led by Nancy Spector, the Guggenheim’s deputy director and chief curator.

In a piece written by Roberta Smith, one of the more influential art critics in the employ of the New York Times, the video was evaluated in the tone and parlance of high visual literacy: “Sean Metelerkamp’s interview with the raunchy South African rap trio Die Antwoord evolves into a low-key backyard performance and definitely holds the attention with music, attitude and setting. The video, ‘Die Antwoord – Zef Side,’ captures the group members in their old neighborhood among family and friends (or so it appears) in dazzling South African light and a moment of relative restraint – judging from the trio’s other videos. Interestingly, the Metelerkamp video’s somewhat surreal grittiness echoes the work of the South African photographer Roger Ballen.”

Interestingly, yes. Also interesting is the way Smith mysteriously refers to the group’s “other videos,” by which she can only mean “Evil Boy,” which was banned by YouTube last week for apparent “terms-of-use violations”. That would be the same YouTube that is co-sponsoring, with the Guggenheim, the worldwide competition that has just admitted Die Antwoord’s music videos into the world of Elite Art.

Regarding one Watkin Tudor Jones, did we just say “genius”? Yes, we just said “genius”. DM