Dr Alex and Mr Rooney, not so United anymore

Dr Alex and Mr Rooney, not so United anymore 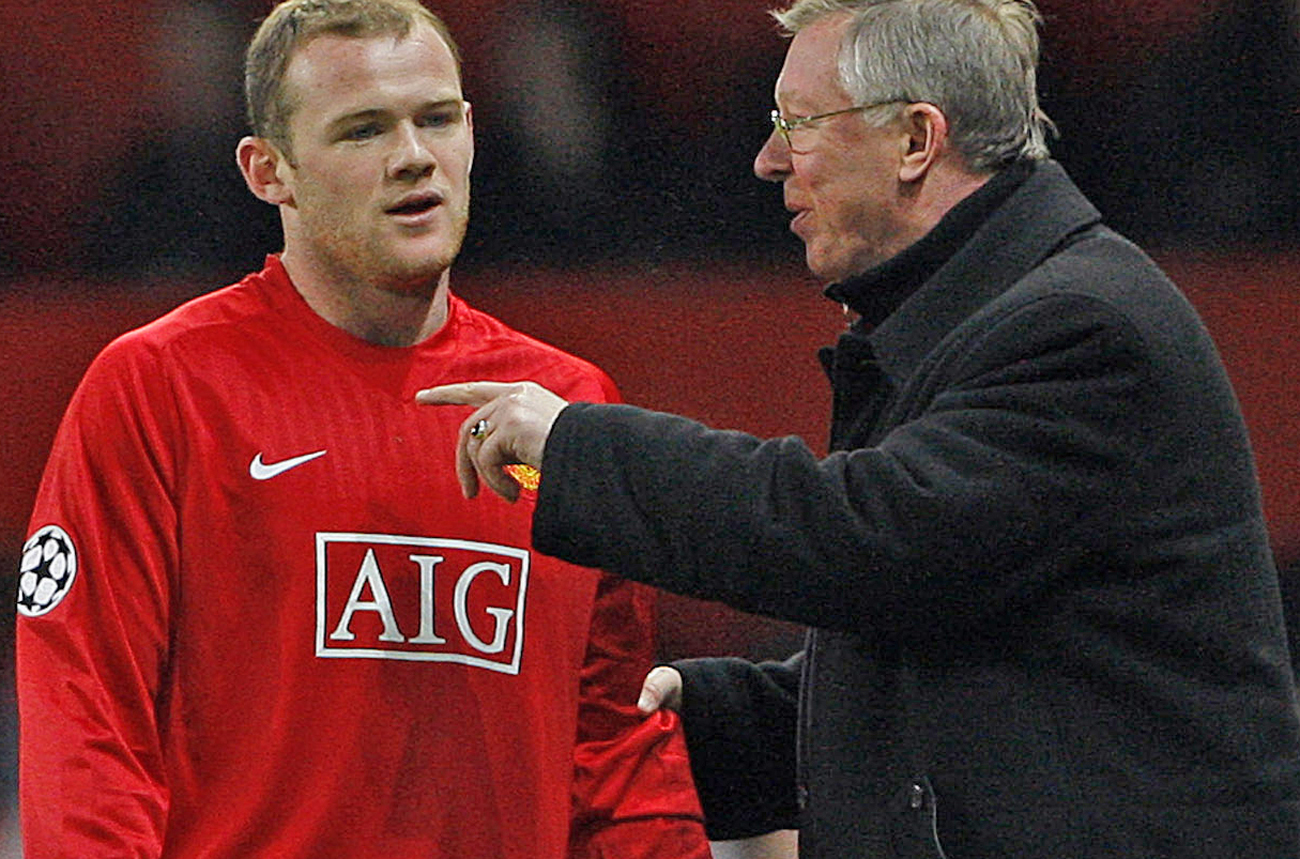 It was a very different Alex Ferguson who faced the cameras on Tuesday. A subdued, slightly stunned Sir Alex, not the brash gum-chewing Scotsman we’ve all come to know and respect. For the first time, he admitted that one of his star players was unhappy at Manchester United, and wanted out. Astonishing stuff from a man who does not enjoy having his authority challenged by anyone. By SIPHO HLONGWANE.

Media speculation had been rife that Rooney wanted to leave the club after he said he had not been injured in September when he was dropped out of the squad for three games, directly contradicting his boss in public, who had previously said Rooney had an ankle injury. When a press conference scheduled for Tuesday was announced, everyone expected Fergie to rain fire and brimstone on Rooney’s head. Instead, Sir Alex rather meekly confirmed media speculation that Rooney wanted out of Old Trafford. He said Rooney had met with him and said he wanted to leave the club. “We are as bemused as anyone can be, we can’t quite understand why he would want to leave,” Ferguson said. “I asked to have a meeting with the boy and he reiterated what his agent said, that he wanted to go.

“The one thing I said to him was ‘respect this club, I don’t want any nonsense from you’. It’s disappointing because we have done everything we possibly can to help Wayne Rooney ever since he came to the club. We have always been here as a harbour for him any time he has been in trouble, the advice we have given him,” Ferguson said.

Sir Alex looked all of his 68 years when he spoke to media, but for once, his club may be in real trouble. Rooney will be joining the likes of Carlos Tevez, Christiano Ronaldo, Diego Forlan and David Beckham who all left Manchester United in recent years, often after falling out with Ferguson. In fact, Rooney was the last superstar left at the club and Manchester United is in real danger of losing the lustre that comes with having star players. If top players stop dreaming about one day playing for Manchester United, the club could possibly shed its Top 3 status.

Sir Alex has a history of discovering, nurturing and unleashing legendary players on the field – players such as Paul Ince, Ryan Giggs, Roy Keane, Paul Scholes David Beckham and, of course, the biggest of them all, Eric Cantona, who he bought for measly £1 million from Leeds. However, none of these have become greater than the Gaffer at Old Trafford. Those who were foolish enough to try were swiftly booted out. One such footballer was David Beckham, who enjoyed the full backing of his manager in the early stages of his career, but things turned sour very quickly when his private life with his pop-star wife began to dominate his life. Ferguson said in 2007, “He was never a problem until he got married. He used to go into work with the academy coaches at night time, he was a fantastic young lad. Getting married into that entertainment scene was a difficult thing – from that moment, his life was never going to be the same. He is such a big celebrity, football is only a small part.”

The relationship between Beckham and Ferguson took a sharp dive in February 2003 when Manchester United lost a match to Arsenal, and the Gaffer allegedly threw a boot at Beckham, which cut him on his left eyebrow. In June that year Beckham left for Real Madrid.

Even as a young manager in Scotland, Ferguson inspired fear and awe in his players. In 1974, after a rather unremarkable career in Scotland as a professional player, Ferguson was invited to manage East Stirlingshire, and even though his stay at the club was very brief, he immediately made his mark as a disciplinarian. A very scary disciplinarian. Bobby McCulley, who played for him as a forward at East Stirlingshire, described him as a ferocious taskmaster. “He terrified us. I’d never been afraid of anyone before, but he was such a frightening bastard from the start,” McCulley told The Guardian.

Ferguson brought that ruddy authoritarian streak with him to England when he joined Manchester United in 1986. His main goal when he started at Manchester United was “knocking Liverpool right off their fucking perch”. The Scousers dominated everything in British football at that time.

The strict manager would find himself clashing often with his players, most notably those who had risen to unimaginable fame and money from humble, working-class roots. David Beckham was one such player and history looks set to repeat itself with Wayne Rooney. Like Beckham before him, Rooney’s life off the pitch has been a source of great fury with the Gaffer.

The striker has been at the receiving end of numerous jabs in the media for his dumpy high school sweetheart-turned-wife, his inability to control his temper and generally for looking like a box of smashed crabs. The latest allegations that he has a predilection for red-light-district grannies were all that more believable for his ugly looks and his rustic background. According to reports, he had a dalliance with a prostitute during his wife’s pregnancy last year. Crippled by the subsequent media scrutiny, Ferguson decided to drop him from the Bolton Wanderers, Valencia and Sunderland matches in September.  It was after England’s match against Montenegro on 12 October that things came to a head, when Rooney said he had not been injured in September.

Although Rooney is in all probability acting out of childish impulse, he can’t but recall what has happened to others before him whose personal lives overshadowed their performances on the field. It’s not as if he’s spoilt for choice of clubs that can match Manchester United’s stature either. Going to a club like Manchester City or Chelsea would probably mean he wouldn’t have to take a salary cut in order to make the move, but for all their foreign money, those clubs simply aren’t Manchester United. He could perhaps move to Real Madrid, which at least has an equal claim to United’s as far as history and lustre are concerned, but the Spaniards don’t really need him.

Rooney’s threat to leave the club has clearly rattled Sir Alex, and we can’t help wondering whether the Gaffer is not growing soft in his old age. Whatever happens to Rooney though, we can be sure Sir Alex will always have the last say at Old Trafford. DM