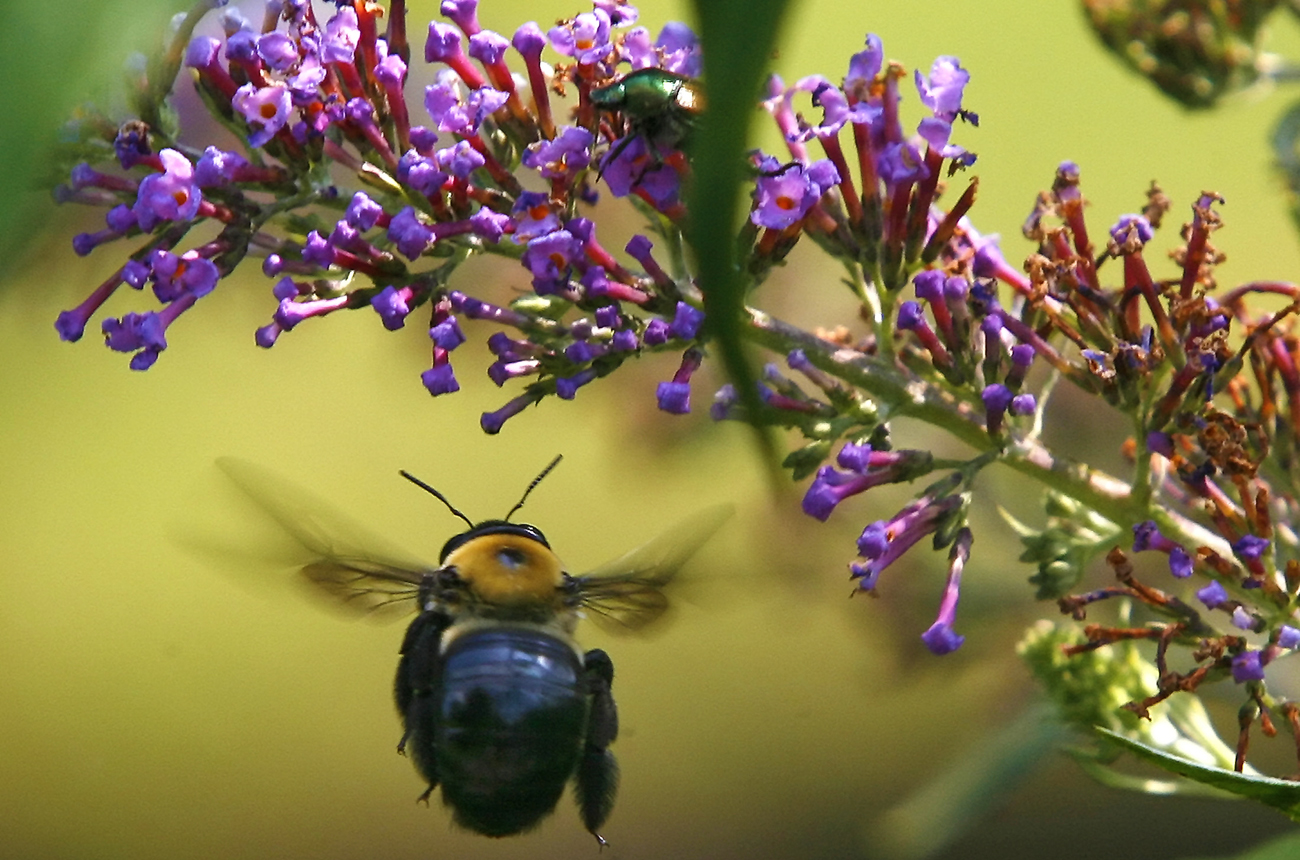 A front-page article in The New York Times last week boldly proclaimed: ‘Scientists and soldiers solve bee mystery’, the mystery being what’s killing off our mellifluous friends. The research suggested that a virus and a fungus working in cahoots could be the culprits. But the paper of record forgot to check out the past funding sources of the study’s lead scientist, Jerry Bromenshenk. By THERESA MALLINSON.

Bromenshenk just happens to have received money from Bayer Crop Science, a subsidiary of chemical and pharmaceutical giant Bayer, which happens to make an insecticide called Imidacloprid, which has also been suggested as contributing towards colony collapse disorder. Coincidence? Perhaps not.

Fortune journalist Katherine Eban certainly doesn’t think so. She had interviewed Bromenshenk in 2008, and knew of his history with Bayer. Bromenshenk had been lined up to testify as an expert witness in a class-action lawsuit against Bayer, in which it was alleged that Imidacloprid was killing off bees. However, he pulled out of this commitment – and subsequently received a nice, fat research grant from the Bayer. It’s worth pointing out that it was not this money that funded Bromenshenk’s latest study. But that doesn’t mean conflict of interest isn’t an issue.

We’ll return to that shortly, but first, just what is “colony collapse disorder”? In late 2006 it became the new buzz word in the beekeeping community, as bees started dying off at unprecedented rates in North America and, it transpired, in several European countries too, as well as in Taiwan. Nobody’s quite sure why this phenomenon was occurring, not even the scientists. A variety of factors have been suggested including malnutrition, pests, pesticides, viruses, fungi, weather conditions, importing of non-native bees and even radiation.

Now, Bromenshenk and pals’ paper wasn’t a literature review of past research, evaluating the strengths and weaknesses of all the arguments around colony collapse. It was specific field research, using mass spectrometry-based proteomics (software that analyses proteins) to examine the prevalence of the invertebrate iridescent virus and the nosema fungus in colonies that had died. The study found that bees from failing colonies were significantly more likely to be infected with both the virus and the fungus, and that the combination was more lethal than either alone.

Fair enough. And in the introduction to the paper the authors do discuss past research conducted, as is common scientific practice. But they focus almost exclusively on research concerning viruses. They do acknowledge that pesticides had been probed as a possible cause, stating: “A survey of bee samples from across the USA revealed traces of pesticides in many bee samples, but none were shown to correlate with CCD.” However, they conveniently ignored other’s research casting enough doubt on the innocence of Imidacloprid that the French government banned it as far back as 1999.

Bromenshenk has defended his position, telling Fortune that studying the effects of pesticides “wasn’t on the table because others are funded to do that”. He also states that the grant he received from Bayer played no part in his failure to testify as a witness in the court case, and that the money was not used to fund his current research.

However, entomologist James Frazer has drawn attention to the fact that this isn’t the only possible conflict of interests. Bromenshenk is also the chief executive of a company called Bee Alert Technology, which is developing scanners for diagnosing bee diseases. It would be in his financial interests if colony collapse is perceived as being due to a virus-fungus combination, with beekeepers across the US rushing out to purchase the scanners to diagnose their bees. “It’s a difficult situation to deal with,” Frazer told Fortune. We don’t know the man ourselves, but it seems he is a master of the understatement.

To take a pragmatic viewpoint, scientific research is nearly always going to be subject to less-than-pure interests, whether funded by international corporations, governments, powerful lobby groups or global NGOs. Nonetheless, it behoves individual scientists to acknowledge this conflict – even if it’s only a potential one. This gives the scientific community and other players in the relevant industry a context within which to evaluate the research.

This isn’t a one-sided deal either. Journalists too have a responsibility to find out background information about the people they interview – information that could affect the slant of their story. Thanks to Kathleen Egan for doing just that. Were it not for her, the world would still be trumpeting the bee mystery having “been solved” when, actually, it’s a lot less clear-cut than that.

But, aside from the ethical implications, why are scientists and journalists so het up about the colony collapse phenomenon? Well, even if you don’t like honey and are still emotionally scarred from that nasty bee-sting incident in your childhood, bees are pretty damn important little insects. They play a crucial part in the ecosystem through entomophily (a fancy term for pollination by insects). In the US and UK, about one-third of all food consumed is pollinated by bees, which should give you an idea of the awesome influence bees have on our everyday lives. If they continue their current rates of decline, it could have a disastrous impact on food security.

In about 29BC, Roman poet Virgil devoted a large portion of the Georgics to describing bees, including the lines:

(since it never extends beyond the seventh summer)

the species remains immortal, and the fortune of the hive

Virgil probably wouldn’t have been so blithe about bees’ immortality if he were writing today. We know that scientists are trying to find out what’s harming the bees, and seeking solutions to save them. It’s important that this process is as transparent as possible so that evaluating the resultant research doesn’t devolve into a conflicting mess of sticky interests. We’ll all benefit if bees retain their “immortality”. DM

Photo: A bee flies under some blossoms while collecting pollen from a butterfly bush in Wilmington, Delaware, July 19, 2006. REUTERS