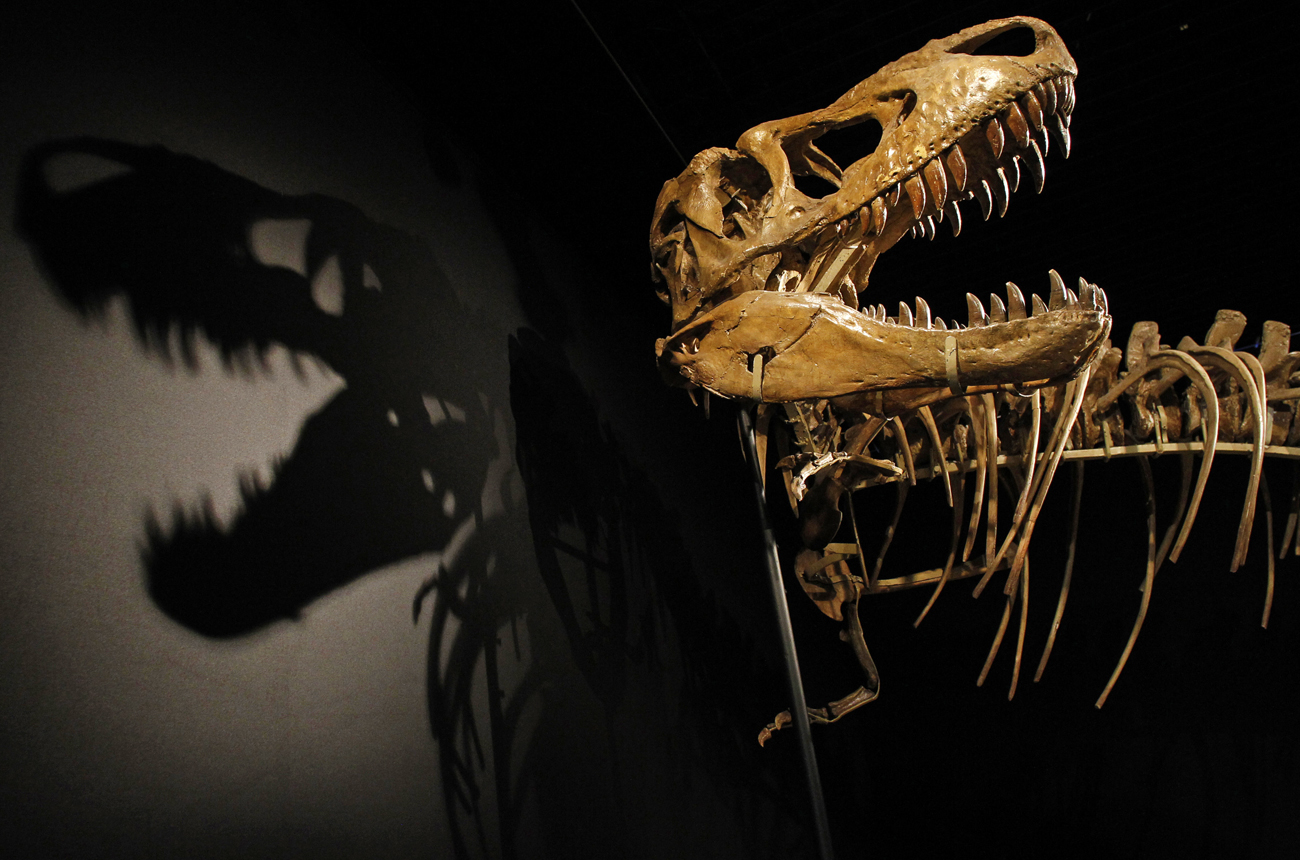 The sixth extinction is happening right now. But does Darwin’s survival of the fittest theory of evolution necessarily apply? Australian palaeontologist John Alroy thinks so, but only in between the mass extinctions, which have really charted the history of life on Earth. By THERESA MALLINSON.

Palaeontologists are a bit like scientific forensic detectives – sifting through masses of fossil data to try to piece together the history of life on Earth. But they have time for a bit of crystal-ball gazing too, using data from the past to try to predict the future of species that inhabit our planet. Of course, the inherent difficulty in both of these preoccupations is the patchiness of the fossil record, which sometimes makes their job very much an educated groping in the dark.

One of the topics that gets palaeontologists excited is episodes of mass extinction. In a 1982 paper called “Mass extinctions in the marine fossil record”, palaeontologists Jack Sepkoski and David Raup described what are now generally accepted in the scientific community as the “big five” mass extinction events. The first of these (well, the first since life became substantial enough to leave behind a fossil record), was the Ordovician extinction, which occurred about 450 million to 440 million years ago, and is thought to have been driven by a global drop in sea levels. At that time, the only life on our planet was marine life, and the trilobite class was particularly hard hit. Although trilobites, which had a high level of diversity prior to the Ordovician extinction, survived the event, they never recovered their previous levels of diversification, and eventually completely died out about 200 million years later.

Next up was the Late Devonian extinction (about 364 million years ago), which affected mostly sea life (although by this stage plants, insects, and amphibians were starting to colonise land), especially forms of coral. In fact, it took more than 100 million years for coral reefs (built by “modern” types of coral) to launch a major recovery. The third mass extinction was the Permian-Triassic event, about 250 million years ago. This was the biggest extinction in the Earth’s history and, in contrast to the biodiversity that existed prior to the event, afterwards life in the sea was dominated by a single genus (a brachiopod called Lingula), with life on land following a similar pattern with the Lystrosaurus genus (a mammalian ancestor) being by far the most common.

The Triassic-Jurassic extinction event that followed 50 million years later, wiped out at least half of all known species living on our planet. Although there are ongoing scientific debates about the causes of all of the mass extinctions, the fourth one in particular has provoked debate, with no one theory rising to pre-eminence, although climate change, volcanic activity and an asteroid impact all have their proponents.

Subsequent to this extinction, the dinosaurs evolved and became the dominant species. But of course, they too had to make do with their 15 minutes of fame (actually, it was about 160 million years, but in geological time, that’s not as long as it sounds), and the Cretaceous-Tertiary extinction 65 million years ago saw their demise. It was after this event, possibly brought about initially by an increase in volcanic activity, with the Chicxulub asteroid impact providing the final blow, that the mammals began their rise to prominence.

Today, the Earth is experiencing its sixth mass extinction, called the Holocene. Almost 900 species have disappeared in the last 500 years, and these are only the ones that we know of. The difference between this extinction event, and the five preceding ones, is homo sapiens’ impact on the environment, as outlined by Richard Leakey in his 1995 book “The Sixth Extinction”.

Notwithstanding human intervention, an Australian palaeontologist John Alroy has posited that the sixth extinction should follow pretty much the same pattern as the other five – the caveat being that there isn’t one. As he stated succinctly in an article in the New Scientist: “The important overall pattern is no pattern.”

Previously scientists suggested a link between a given species’ rate of diversification and its ability to survive mass extinction events. A mass extinction is thus seen as merely an interruption in the evolutionary process. If this were true, it should theoretically be possible to predict which species would thrive after such an event.

Alroy, however, doesn’t buy this: “If you were standing around in the Cretaceous period, you would have no idea which groups would thrive and which would die out.”

The field of palaeontology has changed just a bit since the era of Victorian gentlemen scientists collecting fossils as a hobby, and Alroy’s paper, titled “The Shifting Balance of Diversity Among Major Marine Animal Groups”, is highly technical, using advanced statistical sampling methods, including mathematical dampening, to analyse the available data. In doing so, he has aimed to at least partially correct the sampling bias that arises owing to circumstances, such as some geological environments being more conducive to preserving fossils, and fossils from older periods being rarer.

Alroy crunched vast amounts of data drawn from the Paleobiology Database, the most complete fossil record currently available. He found that although certain marine species exhibited high rates of diversity, this did not necessarily prevent them from being completely wiped out. The course of evolution was altered, rather than merely interrupted. Alroy, as quoted in Wired, states: “The current mass extinction is not going to simply put things out of whack for a while, and then things will go back to where we started, or would have gone anyway. [Mass extinction] changes the rules of evolution.”

His theory, particularly the statistical methods used, still has to be reviewed by the scientific community, and no one likes a good fight more than an academic, so expect some heated debate over the next few decades. DM

Photo: A Tarbosaurus dinosaur skeleton is displayed during an exhibition “Dinosaurs, treasures of Gobi desert” at CosmoCaixa in Alcobendas, near Madrid, March 17, 2010. REUTERS/Juan Medina