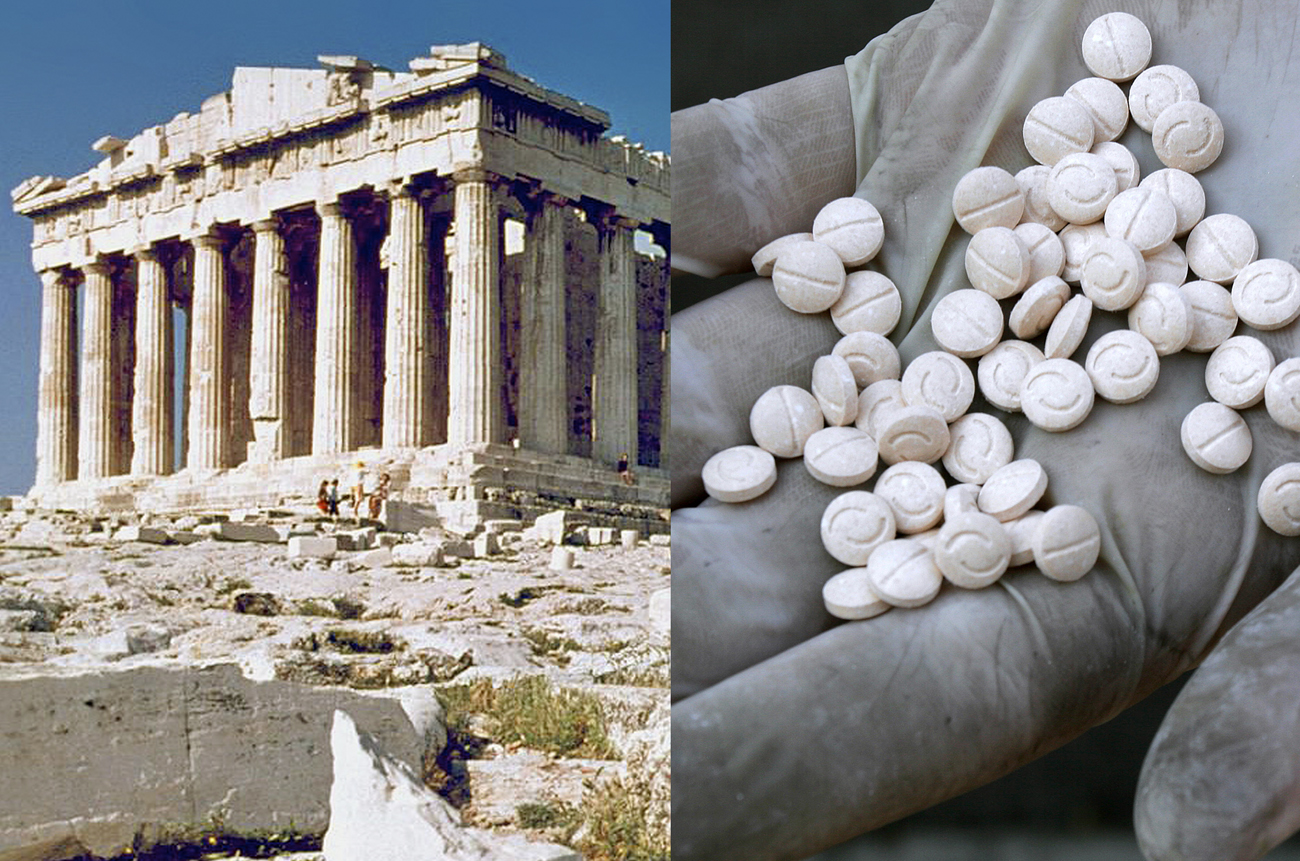 Scientists researching a stash of 2,000-year-old Grecian pills and medicines recovered from a sunken ship have put the veritable cat among the pigeons as far as modern science’s haughty debunking of ancient “quackery” is concerned.

A team of chemists, DNA researchers and archaeobotanists announced their findings at the Fourth International Symposium on Biomolecular Archaeology in Copenhagen, Denmark, recently. Robert Fleischer of the Smithsonian Institution said the box of ancient pharmaceuticals was actually discovered in 1989, sealed and its contents dry, in the wreck of a Syrian vessel sunk near Tuscany about 130 BC. But it has only been now that modern technology had allowed the scientists to analyse and decipher the DNA of the various pills, powders and potions.

It is the first physical evidence of the medicines previously only known from the writings of physicians such as Galen and Dioscorides, and has been described by Alan Touwaide, from the National Museum of Natural History at the Smithsonian in Washington, DC, in typical scientific understatement as “an exciting and illuminating find”.

Extensive DNA analyses have shown that the various tablets have complex mixtures of up to 10 plant extracts, ranging from celery to hibiscus. The DNA of several of the pills studied by Fleischer were  compared against the genetic database, GenBank, maintained by the US National Institutes of Health. The list of ingredients identified is impressive indeed: there were traces of carrot, wild onion, oak, alfalfa, yarrow, cabbage, radish, celery and hibiscus extract. It is postulated that some of the ingredients were imported from present day India or Ethiopia, or maybe even as distant as East Asia.

While the scientists are not surprised at the presence of plant extracts, the physical confirmation has the pharmaceutical and archaeological worlds abuzz with excitement. Fleischer said it was known by the ancient physicians that most of these plants had healing properties and were used in medical treatments. A famed pharmacologist and physician, Pedanius Dioscorides, who lived in Rome in the first century AD, prescribed carrots for most medical complaints and claimed they could heal pretty much everything. His ancient records claimed carrots helped in conception, and, oddly enough, that people who ate carrots were not harmed by reptiles. Similarly, yarrow was known to be a good agent for stanching blood flow from wounds.

The big debate now is exactly what did those ancient chemists and Greek physicians actually know. Until now they had usually been considered merely as snake-oil salesmen peddling any old gunk for a couple of drachma or even to curry favour with some potentate. The efficacy of the medicines they prescribed has been doubted, and at best, attributed to the presence of opium in it.

But now, by using modern knowledge and technology, the plant extracts present in the pills can be extensively studied to determine how effective they could be in curing diseases and healing injuries, and their relative potency and efficacy can be tested.

The discovery has also confounded researchers and thrown a few presumptions about ancient culture out of the window. Analyses of the pills indicate the presence of sunflowers, which had previously been  presumed only to have been introduced to the Old World around the time Christopher Columbus discovered America in the 1400s. The history of the plant and its spread across the continents may need to be reconsidered if the evidence is reliable. It is yet to be established whether the sunflower presence is original, or is a recent contamination.

Touwaide feels that these old medicines could lead to interesting discoveries in pharmacology, and has aspirations of discovering old medicines and their measurements, which have been described in ancient texts and which are supposed to have contained more than 80 plant extracts. DM

COP17: Should Eskom and Sasol be part of it? EarthLife doesn't think so.

Exclusive: What Cyril Ramaphosa will say in his 2022 State of the Nation Address