Analysis: Are journalism schools to blame for ‘bad’...

Analysis: Are journalism schools to blame for ‘bad’ media? 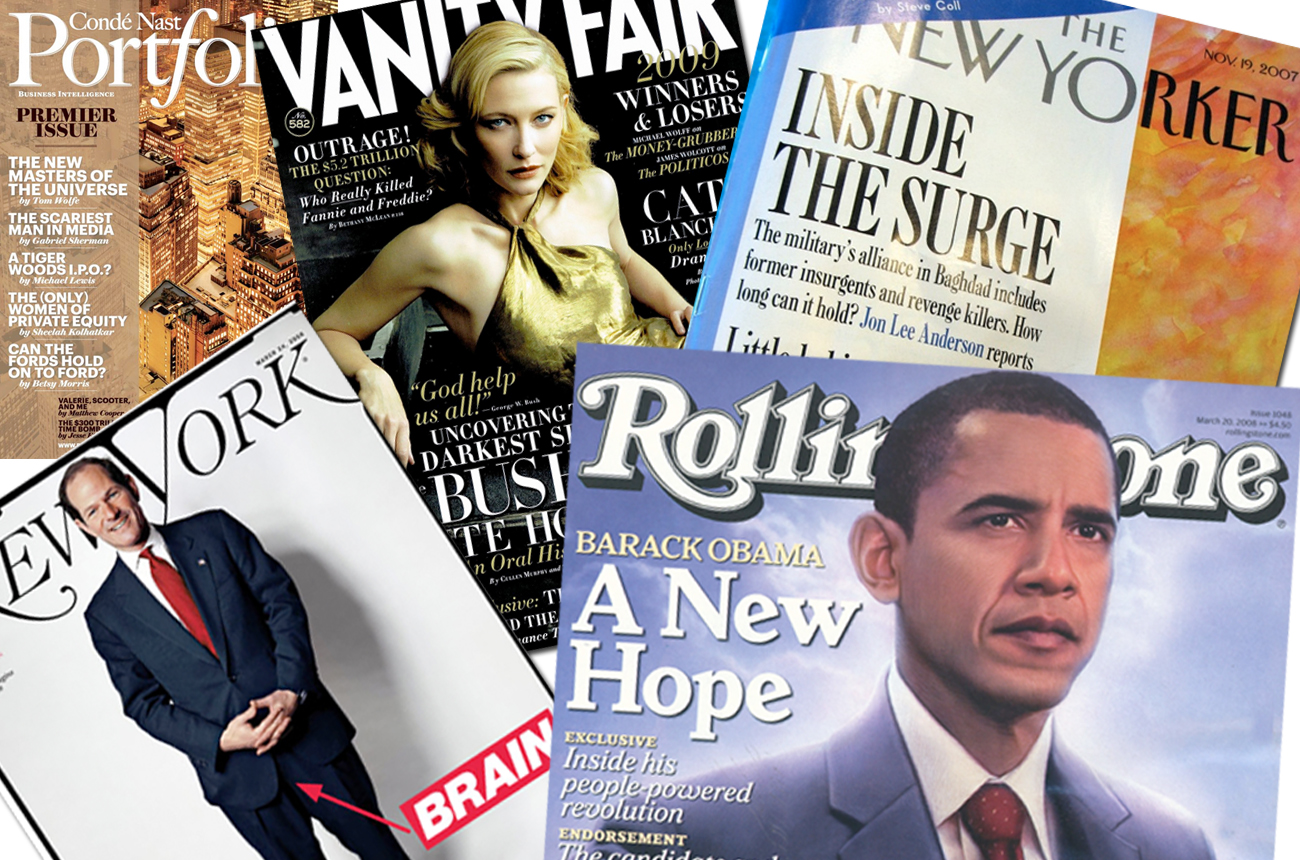 When the question of declining standards of journalism comes up – as it has lately in the wake of the ANC’s calls for media oversight – the obvious place to look is the training institutions. But, if the Rhodes University School of Journalism and Media Studies is any indication, maybe we should be looking elsewhere.

The Africa Media Matrix at Rhodes University in Grahamstown is second-to-none the most sophisticated centre of journalism study in South Africa. At the heart of the building is a state-of-the-art television studio with cameras sponsored by the SABC; what goes on here can be narrowcast to the flat screens in the foyer or, in the event of a temporary broadcast, beamed live from the “network centre” on the first floor. Satellite technology, video conferencing and wireless broadband connect students to the world and vice-versa, and a high-speed Intranet system facilitates collaboration within the school. Large information panels cover the walls – a fascinating history of the country’s newspaper industry, beginning in 1800, is the focus of the current exhibit on the third floor – and the labs are designed to resemble high-end news production hubs. Even the toilets reflect the building’s core function, decorated as they are with bespoke tiles that inform (or subtly take the piss out of) the discipline.

In the top floor men’s toilet, there’s this quote from Thabo Mbeki: “You were African before you became journalists and despite your profession, you are still Africans.”  And this from Jerry Seinfeld: “People that read tabloids deserve to be lied to.” And, more seriously, this from newspaper executive Barney Kilgore: “The easiest thing for the reader to do is quit reading.”

On one level, to visit the Africa Media Matrix is to see the lie put to the claim that the plummeting standards of journalism in South Africa are the fault of the country’s training institutions. The Rhodes University School of Journalism and Media Studies offers five degrees, three post-graduate diplomas and a dozen “outreach projects,” and its 600 odd students would be hard-pressed to find a better learning facility anywhere on the planet. On another level, you can’t help but pity these students for the day they enter the real world. It’s not just the fact that in a working newsroom the PCs aren’t as new and the toilets aren’t as classy, it’s also the fact that in South Africa some of the more interesting (and essential) courses on offer have no tangible application.

A particularly trenchant example may be related to the reason I’m currently in Grahamstown with Rian Malan. We’ve been flown down to workshop a seminar on long-from print journalism with the fourth-year BJourn students, and Malan’s constant references to the craft of medieval stone masonry are starting to take their toll.

“You’ve got all these enthusiastic kids and the sinking feeling that you’re teaching them skills that might be a waste of time in South Africa,” he said, minutes before the students filed into class for feedback on their projects. “As things stand, in the wake of the death of the noble and illustrious Maverick magazine, there’s not any title that’s going to publish long-form journalism.”

Why did this matter to him?

“It’s especially tragic in South Africa, where things remain complex and obscure to us. We have very little understanding of the full conditions in which we live. If we don’t have the ability to look at truth long enough, salvation will never be revealed.”

So why, then, did he decide to come down here?

“I’m here because I’m too old a dog to learn new tricks. That’s the first point. Secondly, even if we’re sowing seeds in fallow ground, there’s the possibility that circumstances might change. Lastly, I totally hate the digital revolution. I’ll take any opportunity to fight the advocates of content for cellphones and Twitterers with their 140-character blogs.”

The twelve students in the class might not feel much sympathy for that last sentiment, but that doesn’t mean they place new media or social media above long-form journalism in the hierarchy of what’s important. Far from it. Their projects range from a sweeping investigation of the local criminal justice system to a close-up observation of a tattoo and body piercing parlour, from an exploration of the use of porn on campus to a study of the Grahamstown death services industry, and most of them seem to get that topics like these can best be served through the use of scene and narrative in pieces that extend well beyond the standard 800 words.

Of course it helps to have someone like Malan critiquing their drafts, even if it’s only for a few days, and even if they don’t exactly know what they’ve got in him. This is the man whose Rolling Stone piece on Solomon Linda’s Mbube is a core setwork in the journalism MA programme at New York’s Columbia University, a dude – as unassuming in dress and speech as he is – who thinks that teaching long-form journalism is akin to “doing the Lord’s work.”

Professor Anthea Garman, the school’s writing and editing teacher, probably wouldn’t take it that far, although she too is a believer. She instituted the eight-week long-form course as an antidote to the students’ staple diet of hard news journalism, which she feels can do damage if not properly counterbalanced. “I started to see that after a day of dealing with cops, victims, rapists and criminals, the students needed a deeper way of making sense of the world. Long-form or narrative journalism is an antidote to objectivity, an antidote to the ‘distance’ in mainstream news writing. This kind of journalism can tell us what it’s like to be human in a given situation.”

For Garman, the complex and often paradoxical South African situation is best articulated through book-length non-fiction – she mentions Jonny Steinberg’s Three-Letter Plague and Malan’s Resident Alien – and she isn’t too concerned that the commercial media environment doesn’t at present share her convictions. She knows that as an academic she’s in a privileged space where the economics of news journalism don’t apply, so she can offer her students the opportunity of experiencing a craft with a larger capacity to explain the world. Unlike everything else the fourth-year students produce, the long-from course doesn’t require publication in a recognised print vehicle.

As she told The Daily Maverick: “I’m hoping that once the students have felt the power of long-form, they’ll want to pursue it. I’m also hoping that one day things will change in the industry, that there’ll be another magazine like Maverick, or Leadership in the old days. Maybe in the future one of these students, if they see what this type of journalism can do, will be in a position to fund something similar to those magazines.”

In this context, Malan wanted a point made about old hippies enjoying the course material. The reading pack has contributions from the likes of Tom Wolfe, Joan Didion, Jon Krakauer, Susan Orlean, Gay Talese and Janet Malcolm, and for a lover of the genre it’s a chance to rediscover the masters. It’s also one more chance to reflect on what can be done with a deadline of three weeks instead of three hours.

Notes Wolfe during a discussion panel on “The New Journalism” which appears in transcript form early on in the prescribed reading: “The old kind of reporting which I also went through ten years of you’d usually have only an hour to do something anyway, or maybe two hours, when you’re on general assignments, you’re going out to get something, so you’re always going from the direct quote, What did you do at this point? and this kind of thing. And you are dependent upon that. And any time you asked a politician a question, you’d get this mumbling response. The words start pouring out, but under the old system you’re sort of duty bound to take them and you transfer these words from his desk back to your city desk, or from his desk back to a cable office, you’re just a courier, that’s all you are; you’re not really reporting.”

In South Africa, where The New Journalism has recently died, the old journalism is pretty much all there is – and whoever’s to blame, it’s not Rhodes University.