The Hitch: As bravely humorous in sickness as in health

The Hitch: As bravely humorous in sickness as in health 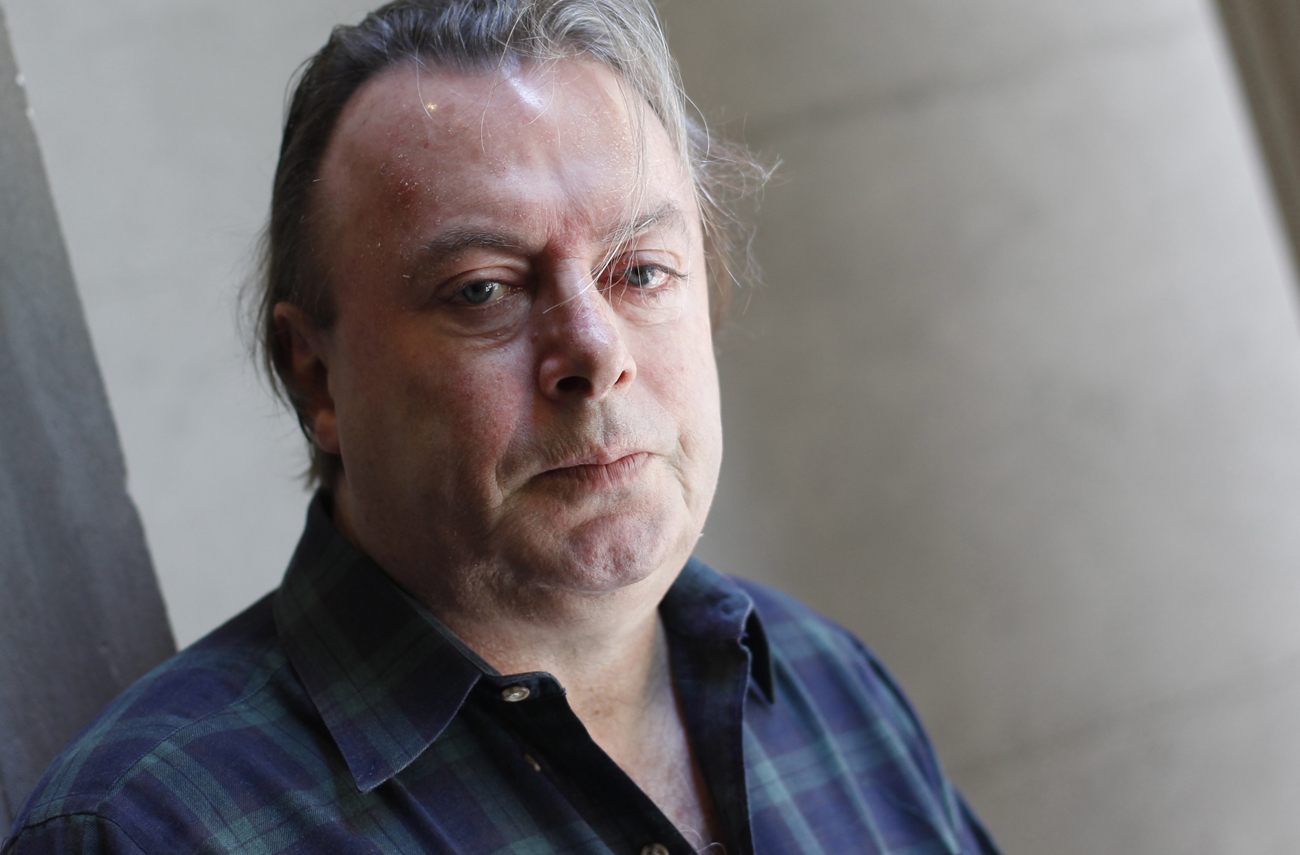 For the last few decades he’s been one of the most prolific and incisive commentators on modern politics, literature and religion, a writer and thinker of supreme breadth and depth. He’s also been very funny. Recently diagnosed with esophageal cancer, Christopher Hitchens isn’t about to let up.

Christopher Hitchens may have done a lot else up to that point to earn him the moniker “contrarian,” but it was surely his 1995 book-length assault on Mother Teresa that made his name synonymous with the word. The title choice alone was designed to inflame dogmatists everywhere, a decision the writer arrived at only after serious reflection. Apparently he’d been considering calling the book Sacred Cow before settling on the more sedate The Missionary Position: Mother Teresa in Theory and Practice. It was, of course, an instant hit.

Writing in the devotional journal Catalyst, William A. Donoghue of the Catholic League opined: “The sexual message implied in the book’s title demonstrates that Hitchens never escaped adolescence, and both the book and the film [Hell’s Angels] are designed to get the public to hate Mother Teresa the way he does. That he hasn’t fooled even the Village Voice, which took note of Hitchens’ hidden agenda ‘to prove all religion equally false,’ must be disconcerting for the author. After all, if the alienated can’t be fooled, it’s time for Hitchens to pack it in.”

The Hitch must have loved that paragraph, especially the bit about the “alienated”. Through careful and painstaking research, he’d constructed a narrative linking Mother Teresa with Haitian dictator Jean-Claude Duvalier, New Age cultist Roger Delano Hinkins (who’d been accused of charlatanism, sexual abuse and plagiarism), and white-collar fraudster Charles Keating. Reviewers at the San Francisco Chronicle and New York Times loved the book, and the pre-Murdoch Sunday Times said: “A dirty job but someone had to do it. By the end of this elegantly written, brilliantly argued piece of polemic, it is not looking good for Mother Teresa.”

It wasn’t looking good for Henry Kissinger either, after the publication, in 2001, of The Trial of Henry Kissinger. In that later polemic, Hitchens provided evidence of the former US Secretary of State’s complicity in alleged war crimes in Indochina, Bangladesh, Chile, Cyprus and East Timor. Excerpts of the book appeared in the American literary magazine Harpers (see below for full versions) and led to the making of an internationally syndicated documentary.

Amongst some of the other individuals who’ve gotten it in the neck from Hitchens over the years have been Bill Clinton, Jerry Falwell, George Galloway, Mel Gibson, Ronald Reagan, the 14th Dalai Lama, Michael Moore and Noam Chomsky. It’s a list that makes it nigh impossible to predict who he’ll go for next, because included with those he approves of have been George W. Bush (or, at least, his “war on terror” policies), Karl Marx and Vladimir Lenin. God, most famously, falls into the disapproval category.

And although Hitchens is a man who strongly reserves his right to change his mind, now that he’s been diagnosed with a particularly vicious form of cancer he’s sticking to the convictions that have most recently defined him. In a frank video interview with The Atlantic’s Jeffrey Goldberg, he has stated that his looming death will not turn him towards God or religion.

“The entity making such a remark [about religious conversion] might be a raving, terrified person whose cancer has spread to the brain. I can’t guarantee that such an entity wouldn’t make such a ridiculous remark, but no one recognisable as myself would ever make such a remark,” he said.

It was the sort of brave and forthright sentiment for which Hitchens has lived and worked, and the comments and social media discussions reflected the general consensus that it should therefore be the sort of sentiment for which he is one day remembered. Because while he may not yet have departed this world, Hitchens has been the first to admit, in the same candid manner, that his chances of being spared are slim.

A piece for the Vanity Fair September 2010 issue entitled “The Topic of Cancer,” a subtle pun on the sexually charged Henry Miller novel, was where he first came clean about his altered condition. It’s incredibly difficult to comment from the land of the healthy on what Hitchens calls the “land of malady,” yet, being the writer he is, he invites us in through his intimate prose and makes us comfortable through his celebrated use of irony and humour.

“I was fairly reconciled to the loss of my hair,” he writes, “which began to come out in the shower in the first two weeks of treatment, and which I saved in a plastic bag so that it could help fill a floating dam in the Gulf of Mexico. But I wasn’t quite prepared for the way that my razorblade would suddenly go slipping pointlessly down my face, meeting no stubble. Or for the way that my newly smooth upper lip would begin to look as if it had undergone electrolysis, causing me to look a bit too much like somebody’s maiden auntie. (The chest hair that was once the toast of two continents hasn’t yet wilted, but so much of it was shaved off for various hospital incisions that it’s a rather patchy affair.) I feel upsettingly de-natured. If Penélope Cruz were one of my nurses, I wouldn’t even notice. In the war against Thanatos, if we must term it a war, the immediate loss of Eros is a huge initial sacrifice.”

How much joy he must therefore have taken when he came up with the header for that piece. Maybe as much, or even more, as when he drew up the possible list of titles for the Mother Teresa book.

Photo: Christopher Hitchens, journalist and author of his new memoir “Hitch 22,” poses for a portrait outside his hotel in New York, June 7, 2010. Already infamous for being the socialist who called Margaret Thatcher sexy and as the contrarian who loved George W. Bush’s war in Iraq, Hitchens now wants to rewrite the Ten Commandments. Picture taken June 7, 2010. REUTERS/Shannon Stapleton