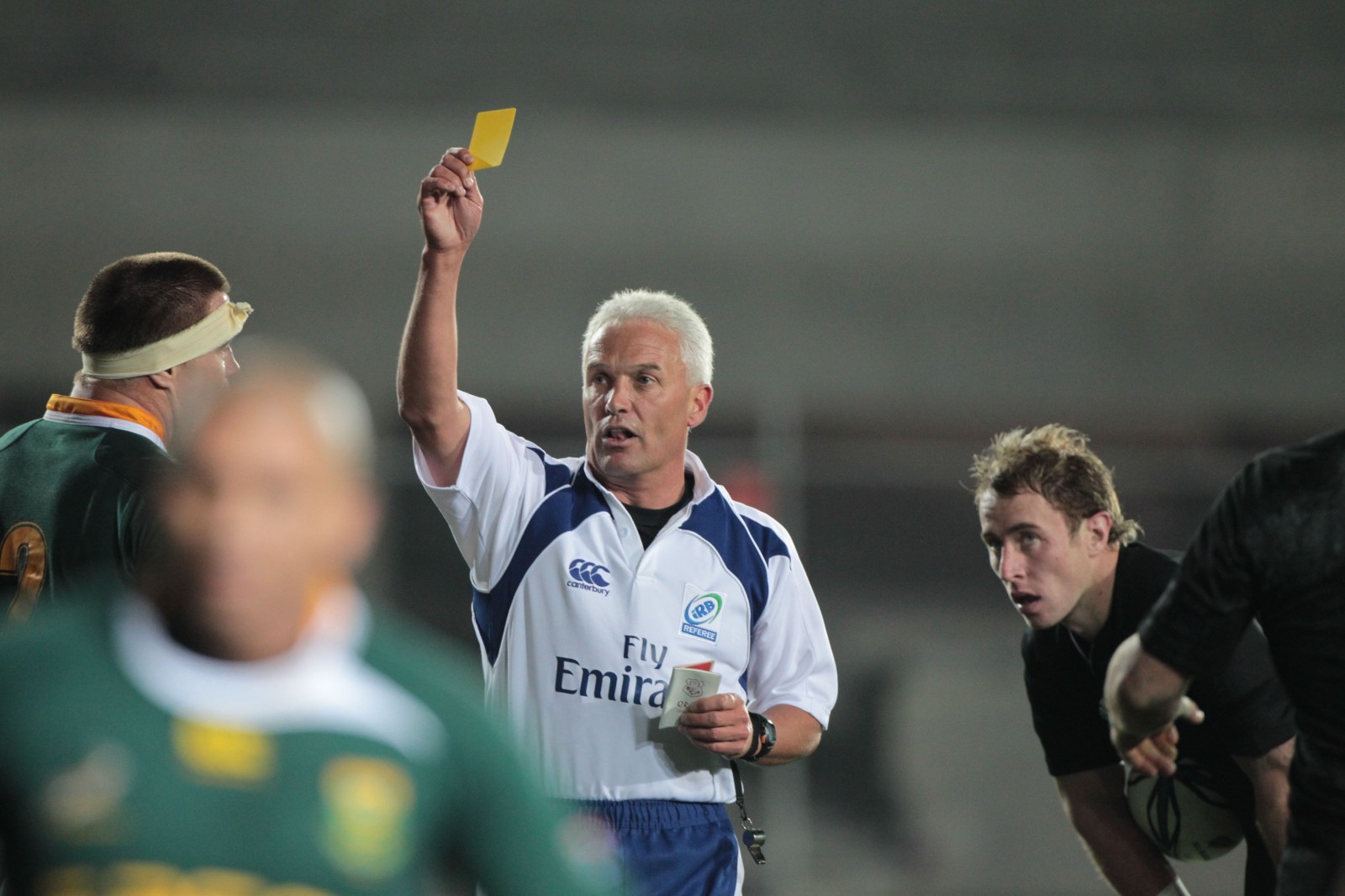 Oh Bakkies. What were you thinking? Sent off in the 14th minute for a professional foul, it was the key moment that saw the All Blacks give the Springboks a harsh lesson in Test rugby.

The hard man of the Springbok scrum he may be, but Botha turned into a liability after spending his customary 10 minutes in the sin bin for an idiotic foul, and sure enough he was banned for nine weeks by the citing commissioner for a cynical head-butt on All Blacks scrumhalf Jimmy Cowan a few minutes before.

The yellow card call itself was highly controversial and a first offence in the red zone, which should’ve earned a penalty rather than an immediate yellow card, even if the ref didn’t notice the head-butt. Sure enough the hawk-eyed New Zealand cameramen spotted it.

Oh Bakkies. Bakkies, Bakkies, Bakkies. It’s more likely that the ill-considered head-butt, seemingly a retaliation for an earlier Cowan offence against Botha, caused his harsh treatment by referee Alan Lewis. Unlike football, stadium screens, especially in New Zealand, have no compunction about replaying, and replaying and replaying, incidents.

Botha’s inclusion on Thursday, after passing a late fitness test, was seen as a physical boost to the Tri-Nations holders. But he’s already been banned for four weeks during the last Super 14 league game for dangerous play; and so missed the historic Bulls’ Super 14 semifinal and final in Soweto, as well as Tests against Wales and France.

As usual, other similar incidents went unpunished, but Botha should know by now that his ill-tempered reputation follows him like a lingering bad odour. At Test level, this just won’t do. Schalk Burger, whose blonde mop was a beacon for referees and yellow cards a few years ago, has overcome his reputation. You’d expect the Springbok management, or his great mate Victor Matfield, might’ve had a word with him.

But Botha wasn’t the only culprit. The Springboks as a whole were sluggish and lacked flow. None more so than podgy scrumhalf Rickie Januarie, whose time as an automatic pick for the starting line-up surely must be over. Ruan Pienaar is not only thinner but more gifted and won’t miss as many tackles, nor chip-kick directly into the hands of Joe Rocokoko, which ultimately led to the first score of the match. Fullback Mils Muliana jinxed past Burger and ran through the middle, before the ball went wide to Conrad Smith.

By the 18th minute, it was basically over for the Boks, who played catch-up for the rest of the game. Ma’a Nonu scored from close just before halftime for the Blacks to lead 20-3. After the break Morne Steyn added two more penalties to his first half one, to give the scoreline a respectable 20-9 look. But consistent pressure saw Kieran Reid barge over and Tony Woodcock added the fourth, bonus point try late in the game.

With Botha being a liability and Danie Rossouw in imperious form this year in Tests and the Super 14, I wouldn’t be surprised if Bakkies was dropped to the bench even if he wasn’t banned. Ignominious, but necessary.

Other selections that need a rethink are playing Jean de Villiers at wing, especially as Wynand Oliver and Jaque Fourie had a quiet game.

The Springboks haven’t won in Auckland for 73 years, and the reigning world champions are going to have to lift their game if they’re going to disrupt next year’s (Rugby) World Cup hosts.

(Shapshak is editor of gadget magazine Stuff, but has twice been sports editor of the Mail & Guardian.)