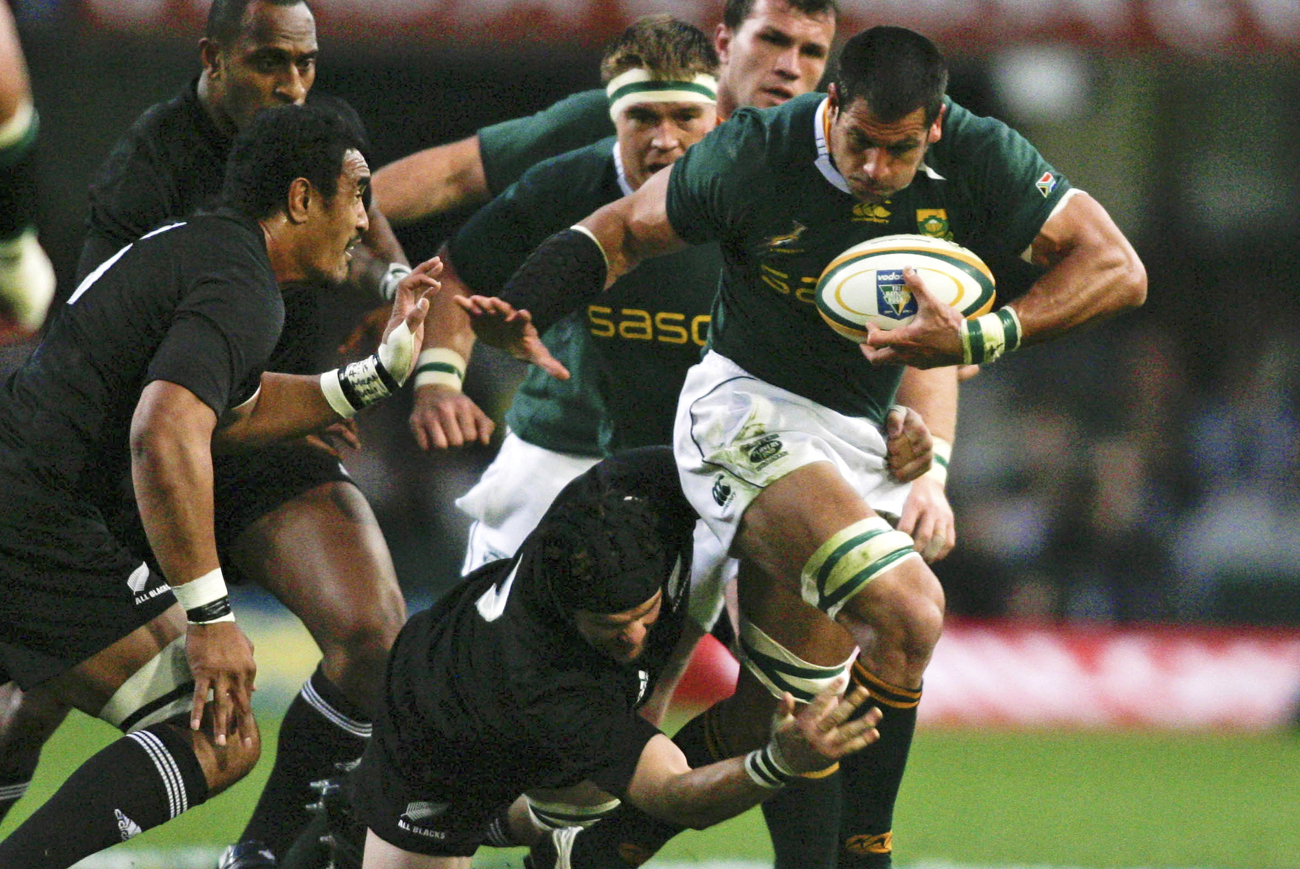 Just as the greatest sporting spectacle on the planet draws to a dramatic close for the first time on African soil, the greatest annual rugby spectacle kicks off in Aotearoa, Land of the Long White Cloud.

On a pristine grass field in blustery winter weather, the two best teams in the world prepare to take each other on this weekend. Not Spain versus Netherlands at Soccer City in Soweto, South Africa, but the Springboks versus the All Blacks in Auckland, New Zealand.

Yes, the Tri-Nations, the premiere annual rugby tournament in the world, kicks off at 9.30am on Saturday down in New Zealand (Aotearoa in Maori). Just 12 hours later, the play-off third and fourth places in the 2010 World Cup happens back in SA.

The opening match is between the best rugby union teams in the world, although it’s hardly being watched with as much vigour as the World Cup final the next day. This could be, in part, because the result is expected: A resurgent South Africa to beat New Zealand, which is experiencing a few years of unusual disjointedness.

Aah, the poor All Blacks, who have been consistently in the top three sides in the world, but always manage to peak in between Rugby World Cups, the next instalment of which is on their own soil in New Zealand next year. If they can win the 2010 Tri-Nations, it will put lead in their pencils and maybe ready them to add to their only World Cup win at the inaugural event way back in the mists of time (okay, 1987).

For the Springboks this will be a chance to stake a precious psychological marker in the ground by winning away from home over their arch-rivals playing at home. If they can pull it off, it’ll be a significant step – much like beating England at Twickenham in November 2006 was a stepping-stone of self-belief for the Cup-winning Springboks of 2007 who faced England in the group stages (where they comprehensively thumped them) and again in the final.

It’s an enigma in rugby circles that the most clueless coach in South Africa’s history continues his winning reign. But Peter de Villiers has found himself with the poisoned chalice that is the Springbok coach’s job at a time when the country is blessed with and abundant treasure of players. It’s arguable that any coach would not do well with such greats as Fourie du Preez (injured for the rest of the year), Victor Matfield, Bryan Habana, Jean de Villiers, Jaque Fourie, Bakkies Botha, Schalk Burger, Pierre Spies and John Smit as captain. Prodigy Frans Steyn is sure to return next year, but this weekend, his fullback slot is being filled by Zane Kirchner.

Moving Jean de Villiers to the wing is a curious move, given he’s by far the best inside centre in the country, and arguably the world. But Wynand Olivier has been in good form this year in the Super 14 and it fits with SA rugby’s preference for locally-based players, even if De Villiers is (technically) back in Western Province colours – although he’s unlikely to see any action until the finals of the Currie Cup.

All Blacks coach Graham Henry has rushed Ma’a Nonu back into the starting side after only 70 minutes of club rugby, no doubt to use his size to counter the Springbok midfield where Fourie has also had a good season. He’ll be marked by the slick Conrad Smith.

Ruan Pienaar again finds himself on the bench, with Rickie Januarie starting – a boggling move considering Fourie Du Preez’s injury gives the coaching staff the ideal opportunity to give the sublimely talented Pienaar an extended run in his favourite position with an eye to Du Preez’s likely retirement after next year’s World Cup when he moves to Japanese club rugby.

Up front, a settled, experienced Springbok pack (with Smit back in his preferred position at hooker) is sure to have the better of their counterparts. Francois Louw is likely to have the sternest examination of his Test qualities against Richie McCaw, the undisputed best fetcher flank in world rugby for several years now.

The All Blacks have lost the last three Tests at home, and New Zealand’s rugby-mad public must be as jittery as the coaching staff.

Paul, the psychic octopus, who has successfully chosen all of Germany’s results in the Soccer World Cup, would have little doubt in choosing the Springboks as winners. It’ll take a brave man to bet against them. How the world champions handle their new tag as favourites, after all the years of being perennial away-losers in New Zealand. Good luck Bokke.