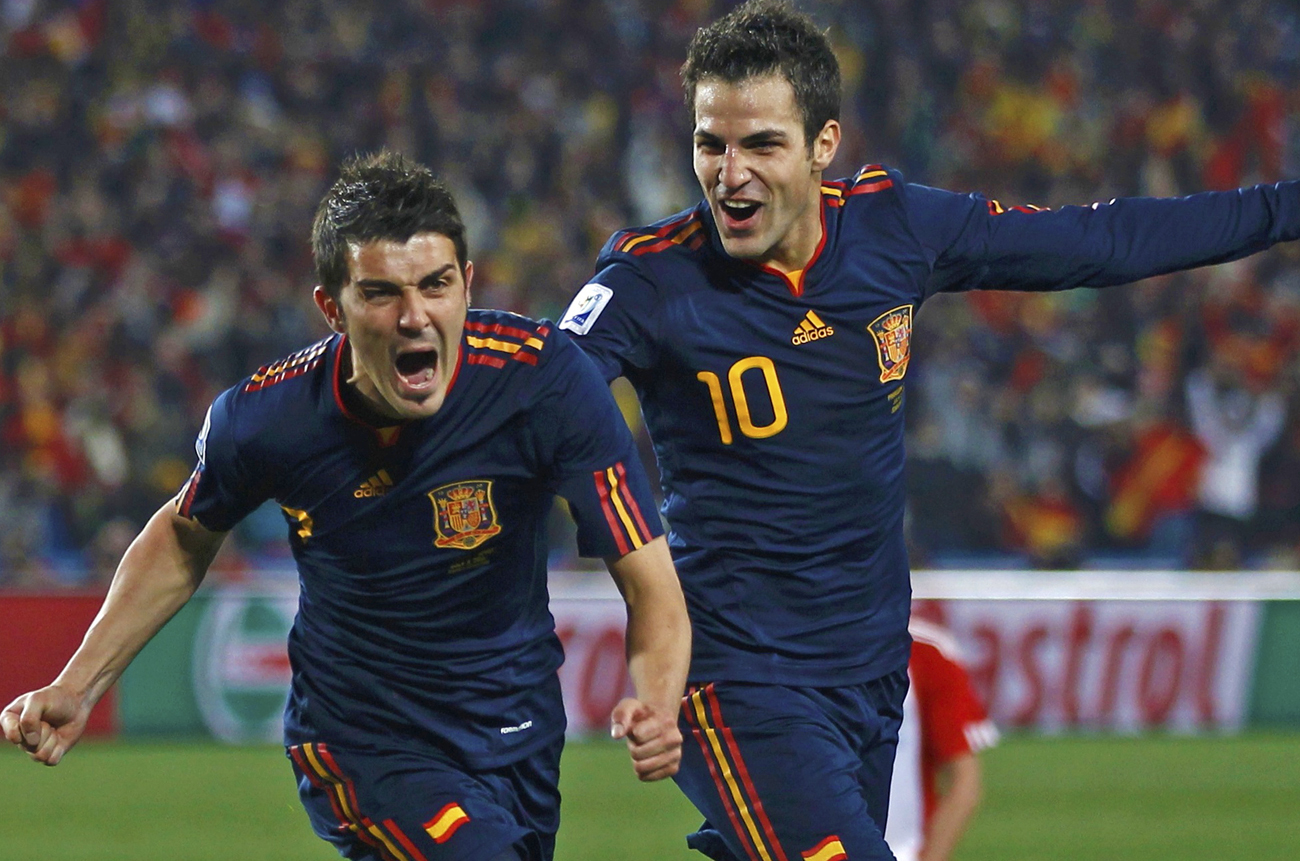 It was a tough, tough game to decide the fourth spot in the World Cup 2010 semi-finals. Paraguay fought Spain for control of every blade of grass at the Ellis Park pitch. And yet, the winner had to be decided on Saturday, and it simply had to be Spain. The match ended Spain 1, Paraguay 0.

The first minutes of the game shone an immediate light on South American side’s game plan: push Spanish midfielders and strikers away from the goal, make them get nervous and impatient, make them try long balls and crosses instead their deadly short passes. And it almost worked. Paraguayans are not players who wouldn’t die for their country and comrades. Their Argentinian coach, Gerardo Martino, has motivated them well: on Saturday night, they were a team that was very difficult to defeat.

The Spaniards found this out early in the game, but there was little they could do with David Villa playing behind the much-fancied, but still recovering from injury, Fernando Torres. Early in the second half, after nothing had changed, Spanish coach Del Boske finally had enough and put all his chips on Villa as the front attacker and brought Fabregas behind him, replacing Torres.

And yet, there was still plenty of game left to be played and drama to be seen. Back-to-back penalties for both teams ended up being saved by Casillas and Villar. First Alonso’s penalty got cancelled by the Guatemalan referee, while the second saw Villar commit a clear penalty on Fabregas as he was to score on the rebound. It took loot of self-control to be a supporter of both sides and not to have a heart attack during these less than three minutes, when all of it happened. Even the goal Spaniards scored happened only after the ball had time to think about finding the truth about life, the universe and everything, hitting the posts three times and only then deciding it might be a good idea to stop its journey in the back of the net. It was brutal.

After outlasting Paraguay, Spain is now due to meet the rampaging Germans in the semi-finals on Wednesday in Durban. It is going to be a fascinating game. Less chess, more football, we hope.

Spain has started the game in a subdued mood. By the 17th minute, the audience is already doing Mexican waves. Things are not very interesting at Ellis Park so far.

The first half of the game was a gigantic bore. The Paraguayan team has managed to push the Spaniards far from the penalty box and forced them to try long balls instead of their normal free-flowing, short pass game. At the same time, Paraguayan players are quite menacing in their counter-attacks and it is not at all inconceivable that they would eventually score.

The game started very much where it ended, with Spain not being able to organise their game under pressure from South American midfielders. This game is frustrating for Spain.

Spain are not connecting at all tonight. It is difficult to recognise this otherwise wonderful team. The Paraguayans have lowered the temperature of the game to a level that makes it almost impossible for Spain not to hibernate. In the minutes after the high penalty drama for both teams, Spain appears to be regaining some of their flair. Having Villa right up front and Fabregas just behind him have unsettled Paraguayan defences somewhat. And yet, no major chances for both teams. Lots of huffing and puffing, though.

As the game nears the end of the regulation time, both defences are now starting to show signs of porousness. Maybe that will create opening for both sets of attackers.