Uruguay come back from dead, wrest penalty lottery from Ghana 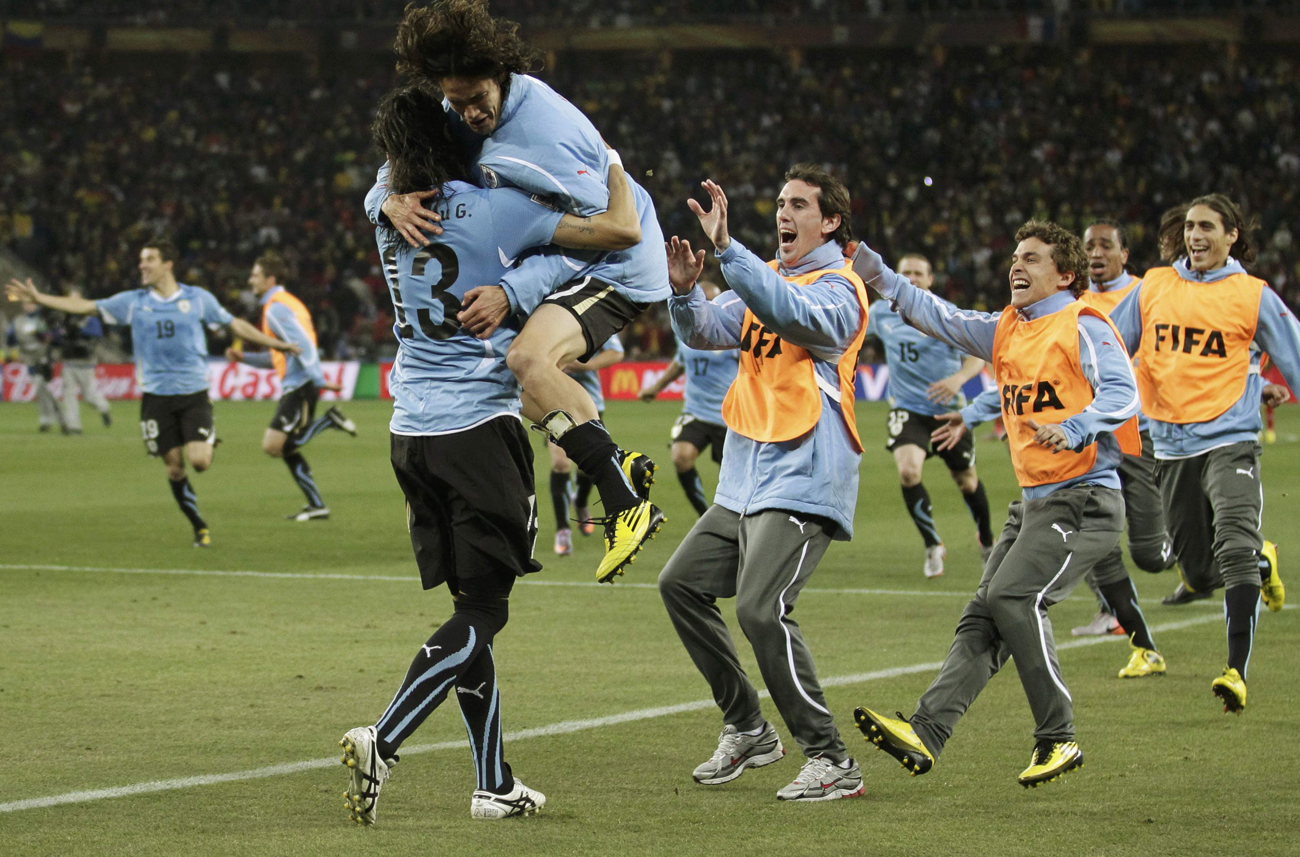 It should have been Ghana, but justice is a fickle mistress at World Cups. They played a great game, they fought bravely and, at the end, had their fate in their hands. It turned out it was not Africa’s time - this time. It ended Uruguay 5 (4), Ghana 3 (2).

Rarely it is that a whole continent rests its hopes and dreams on one team, nearly a billion people stand united behind 11 football players. Ghana had that honour and responsibility on Friday night. They played against the best team Uruguay have put together for 60 years, and after 120 minutes of titanic battle, that continental responsibility came down on Gyan’s shoulders. The whole of Africa and the world watched on tenterhooks, as Gyan, by far the best Ghanaian player at this World Cup, lost his nerve, hit the crossbar from the penalty kick, condemning his team to a penalty shootout which they ultimately lost. Talk about fate and the difference that 10cm can make in life.

Unfortunately, that is all that’s left for Ghana’s players and their millions of supporters to do now – fantasise about all the ways in which Friday night’s game could have ended as the triumph of their lifetimes. And it could have been Ghana, in many more ways than just that fateful penalty in the 120th minute. Ghana started the game the second-best side. For the first 20 minutes, Uruguay’s domination was complete and many a supporter considered a goal for Forlan or Suarez an inevitability.

But in the 30th minute, Vorsan jumped high and mightily, his header missing the goal by mere millimetres. Something happened at that moment, something clicked in African lines and from that moment on, the Soccer City pitch was controlled by the players in red-and-gold shirts, culminating in Muntari’s rocket from 35m that hit Muslera’s net with all the power of an absolute improbable drive, and 20 seconds before the end of the first half. Suddenly the future shone radiant for the Black Stars – and for African dreams.

Alas, the second half brought that infamous menace of the man with great skills and footballing style (and terrible hair style) Forlan, whose free kick in the 55th minute shattered Kingson’s otherwise impenetrable shield in front of Ghana’s goal. From there on, the battle was fierce, with both sides being only a goal away from disaster or the World Cup semi-finals. Talk about high stakes.

And that’s where we come back to the beginning of our story, with Gyan staring into Muslera’s eyes, just before he wrenched defeat from the jaws of victory. And that is where we have to give credit to Uruguay. They are a truly good team that play an honest, tough game centred around the artistry and brilliance of Forlan and Suarez. They had already survived the two extra-times, during which they hadn’t lost their cool or played dirty. Their advance to the semi-finals came only after they fought their hearts out against the tough opponents and an unfriendly crowd. Their game is one of deft and clever passes, mostly fair play and a mighty will to win.  May we suggest that, even as they out-kicked the beloved Ghanaian team, that Uruguay is a better team to support than the Dutch, whose success is based much more on calculus and clinical spreadsheets than a love of the game.

Here are our reporter’s notes:

Uruguay are dominating the game completely. The Ghanaians will have to change something drastically if they are to change the direction of the game. Forlan and Suarez are drilling through its defences with consummate ease.

Suddenly, Ghana and their strategy of counter-attacks becomes clear. It may be successful, defence permitting. The game turns into an exchange of threatening runs that repeatedly end not coming close enough to either keeper to cause any trouble.

Uruguay are in the semi-finals of the 2010 Soccer World Cup.