The World Cup Day that was: 2 July 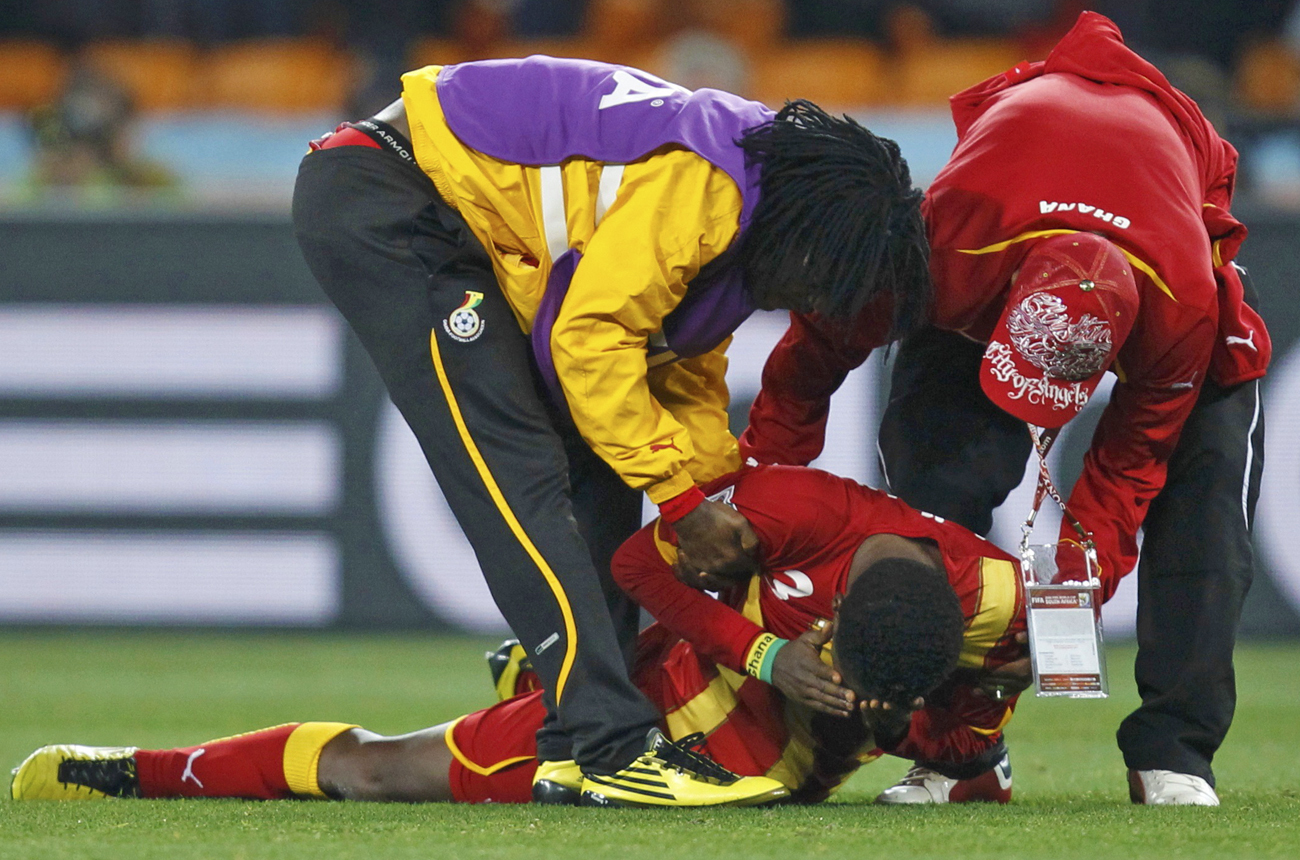 In Friday’s biggest only-tangentially-related-to-soccer news, Paris Hilton was arrested in Port Elizabeth for alleged possession of marijuana. Police reportedly escorted Hilton from the Nelson Mandela Bay stadium, where she was watching the Brazil vs The Netherlands match. Jennifer Rovero, a former Playboy Playmate of the Month, was arrested with her. The pair appeared before a Fifa World Cup Court late on Friday night, and Hilton got off the hook when Rovero pleaded guilty to the possession charge and was fined R1,000. According to Hilton’s Twitter update, she was not arrested, but had been “assisting police with their investigation”. Whatever, Paris. Letting your friend take the rap is So Not Hot.

In what has now claimed the title of upset of the tournament, The Netherlands beat Brazil 2-1 in their quarter-final game in Port Elizabeth. The Samba Boys were looking good after Robinho scored in the 10th minute and were by far the better team in the first half. But the Dutch were a different team in the second 45 minutes and shortly after Melo’s own goal equaliser, Sneijder chipped in with a goal of his own. When Melo was red-carded with 17 minutes left to play, it was pretty much all over for Brazil. The Netherlands’ style of football may not be pretty, but it’s served them well this World Cup. The whole continent cried for BaGhana BaGhana last night when they lost to Uruguay on penalties. The Black Stars took the lead seconds before half time with a stunning goal by Muntari, but Forlan equalised in the 55th minute, and the game went to extra time. Ghana came tantalisingly close to scoring just before the end of extra time, but Suarez batted the ball out of the goal with his hand. He was sent off, but Gyan failed to score from the resulting penalty, after his shot hit the crossbar. The nail-biting penalty shoot-out ended 4-2, breaking hearts all over Africa. Suarez is now boasting about his Hand of God moment, but it does seem more like the Hand of the Devil to us.

The Daily Maverick, The Mail & Guardian, The Guardian

For the last few weeks volunteers at Durban’s Fifa fan park have been treated to Pepsi in their lunch boxes, instead of Coca-Cola. This was a big no-no, as it’s Coca-Cola that’s the official soft drink sponsor of the World Cup. Durban city spokesman Thabo Mofokeng said that handing out the bottles of Pepsi had been a genuine mistake, and not a form of guerilla marketing. Pepsi will be happy though – unlike Bavaria it didn’t even need to conduct its own ambush marketing campaign to claim its 15 minutes of World Cup fame. But Coca-Cola’s still spent its money well. According to a survey by NM Incite, it has an 11% share of World Cup advertising buzz, with Pepsi garnering only 2.8%.

You may remember Paul the psychic octopus, who’s reliably predicting the results of all four of Germany’s matches this World Cup. (For the record, Paul thinks that the Germans will beat Argentina in their quarter final on Saturday.) Now animal rights campaigners are calling for his freedom. The German branch of People for the Ethical Treatment of Animals released a statement saying: “Paul has forecast that Germany will beat Argentina. In order that Paul too can celebrate on Saturday, and not just football fans, Peta Germany… is now asking for him to be set free.” Never mind that it’s usually not a good idea for animals bred in captivity to be released into the wild (or, in this case, the sea), Peta’s demand seems a little shortsighted. If Germany do in fact beat Argentina, then who will take up the position of oracle if Paul is enjoying his newfound freedom?