Ghanaians lose to Germany, but... this time for Africa

Ghanaians lose to Germany, but… this time for Africa 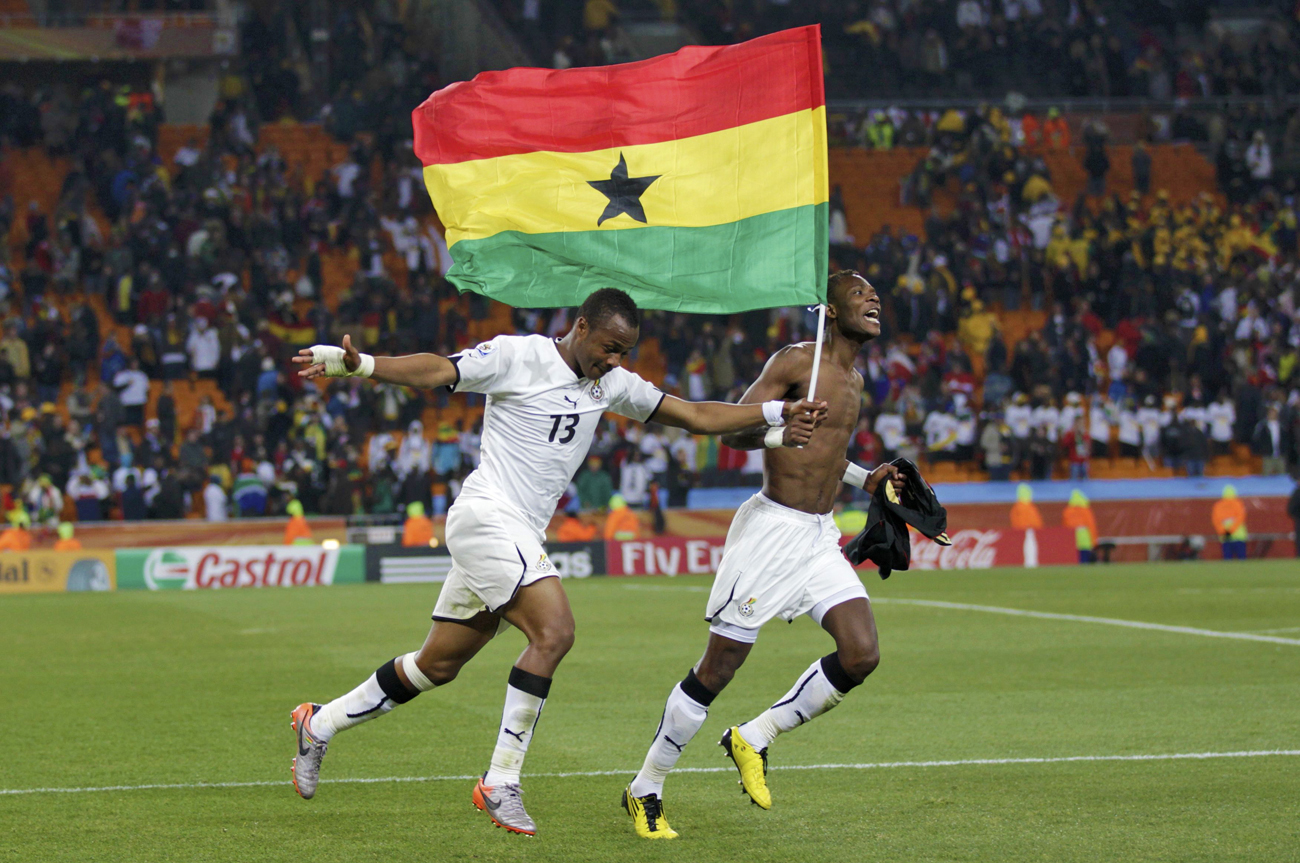 Ghana lost to Germany in their last group match, but thanks to an Australian win against Serbia in the other Group D match, they make it through to the last 16 stage of the tournament. It ended Germany 1, Ghana 0.

It was an entertaining match, especially the first 60 minutes, as both teams played to win. Much like the Algeria vs USA game, the win was always going to fall to the team that managed to get that delicate balance between attack and defence right.

The game wasn’t without its scares, the first one coming in the 9th minute when John Mensah intercepted a cross from Podolski and almost scored an own goal. The Ghanaian defenders were a little hesitant in their defence, allowing the Germans to come right at them with the ball. They relied on trying to intercept the passes and to disrupt the interplay between Schweinsteiger, Ozil, Khedira and Mueller, which worked to only to an extent. If the Germans fell back with the ball and then attacked quickly, the Black Stars were in trouble. This defensive weakness is what allowed Mesut Ozil both the time and the space in the 59th minute to get a great dipping shot that beat Richard Kingson from just outside the penalty area. The good thing about this strategy is that we didn’t see as much dirty play as we saw in other matches.

The Ghanaians for their part were excellent at launching running attacks at the Germans, and since they were more than happy to let them keep the ball, hoping that the defenders would dispossess them when they attacked, their runs into the German half were counter-attacks. The speed and power of Asamoah Gyan, Andrew Ayew and Kevin-Prince Boateng were almost too much for the German fullbacks to handle. Almost.

As has generally been the case for African countries at this World Cup, the Black Stars let themselves down with their own poor finishing. Gyan especially had wonderful chances to finish, but simply could not find that final touch – even when his header was cleared, rather contentiously, off line by Phillip Lahm. The German defender used his arm in a similar manner that got Harry Kewel sent off against Ghana, but the referee decided not to give a card or a penalty on this occasion.

The suspension of Miroslav Klose in the last game seems to have knocked the teeth out of Germany’s attack. Cacau, his replacement, simply isn’t as clinical a striker. Mesut Ozil, despite his excellent goal, was also not the same rampaging player we saw against Australia. They go on to face England in the last 16, and will need to rediscover the form that allowed them to run circles around Australia in their opening match.

Ghana go on to face the US in their last 16 clash, and really, either one of those teams can go through to the quarter finals.

Cacau starts as a lone striker in place of Miroslav Klose, who was sent off against Serbia. Jerome Boateng starts at left back in place of Holger Badstuber. In a World Cup first, half-brothers Jerome and Kevin-Prince Boateng line up against each other.

Ghana make just one change. John Mensah comes back into the squad in place of Lee Addy.

Commenting on the vuvuzelas is getting old, but the beehive effect inside Soccer City is quite deafening.

Dramatic match, this. We just need the goals now.

If Ghana do lose this one, they’ll look back to these chances and curse their lack of finishing. Ozil is not as rampant as he was against Australia, but he is the difference between the two sides right now.