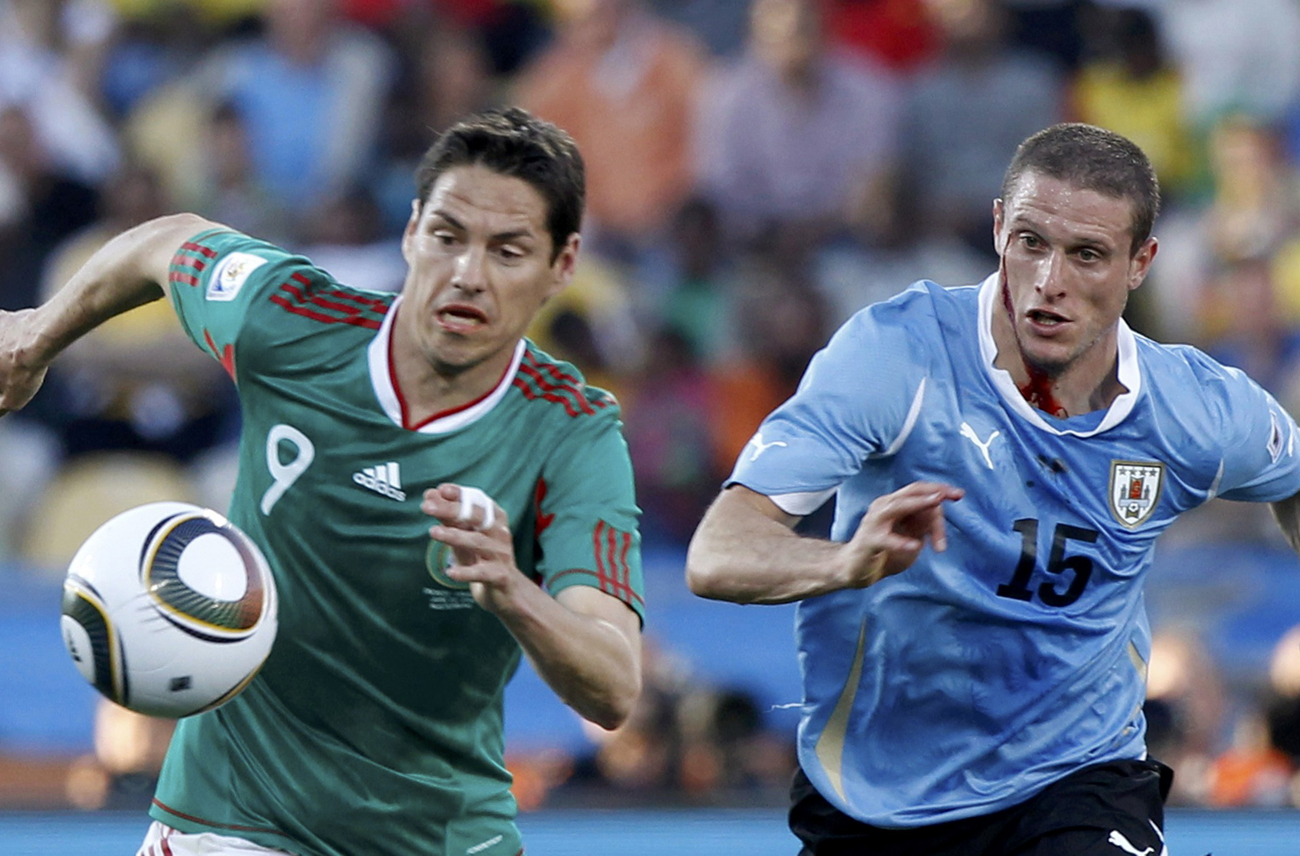 Many a pundit predicted that Uruguay and Mexico would do the safe thing and draw their last-round game. Nothing could be further from the truth: Uruguay were professors and Mexicans eager students in a great display of footballing panache. It ended Uruguay 1, Mexico 0.

For once, Rustenburg’s Royal Bafokeng Stadium saw the game that didn’t end up in a draw (previous three games ended 1:1). It was the game that had a clear senior partner in Uruguay, whose confident performance was built upon their games against France and South Africa. Forlan and Company are a great team of experienced players. Their defence is rock solid and is yet to let anything through. Their midfielders dominate the game most of the times, while the Forlan-Suarez partnership up front is as good as any.

Mexico came into the game fresh after their great victory against the miserable French team. Their coach, Javier Aguirre, made the as-yet-unexplained decision to tap 37-year-old offensive midfielder Blanco instead Arsenal’s striker Vela, who was injured in the game against France. By the time Aguirre corrected his mistake and replaced Blanco mid-second half with the sensationally-talented Hernandez, the Mexican play was immediately energised. But the game was probably already decided by then.

Both Uruguay and Mexico have teams that can go deep into the next rounds of this World Cup. It will take a great team to break Uruguay’s lines, and they look certain to reach at least the quarter-finals. From their side, Mexico will have another go at Argentina. Their 2006 second-round match was one of the highlights of the World Cup in Germany, with Argentina winning only in the dying minutes of the match. Maybe this time Mexico will go a step further?

Rafael Marquez’s captain’s armband was given to 37-year-old veteran Cuauhtémoc Blanco, who’s in for Arsenal’s Carlos Vela, out today because of a thigh injury. Still no start for Hernandez, the hero of the game against France, but he is likely to come on in the second half.

Will today’s opponents play for a draw that would see them both go through? Their coaches emphatically denied it before the game. It does make sense because both would dearly love to avoid Argentina, the likely winner of the group.

It appears Uruguay’s players’ brief is to try to capitalise on the perceived weakness of Mexican keeper Perez.

First 25 minutes thoroughly enjoyable. Both sides are obviously NOT playing for a draw. While Uruguay are enjoying most of the possession and spend more time in the opponent’s half, Mexican counter-attacks are very effective.

The stadium explodes as news of Bafana Bafana’s first goal against France starts filtering in.

Uruguay’s Perez is sporting a huge gash on his head.

Great goal for Uruguay, great for the game, even great for Bafana, who are apparently thumping the clueless Frenchmen. 46th minute: Uruguay is now dominant side and Mexicans are very happy to hear the referee’s whistle.

Uruguay do feel senior partner in a dance. Their midfielders keep the ball confidently and above all Forlan’s passes are purposeful.

Distressingly for Mexico, they did not have a scoring chance for a long time now. Uruguay are now outplaying them in every department.

Although Mexico enjoy overwhelming bulk of possession, they don’t have much to show for it. Even as Franco gets in front of Muslera, the ball harmlessly trickles into the keeper’s hands. Is it a sign of Mexican attacks’ ineffectiveness or Uruguay defensive quality. We think latter.

Photo: Uruguay’s Diego Perez (R) fights for the ball with Mexico’s Guillermo Franco, as he sustains an injury, during a 2010 World Cup Group A soccer match at Royal Bafokeng stadium in Rustenburg June 22, 2010. REUTERS/Alessandro Bianchi