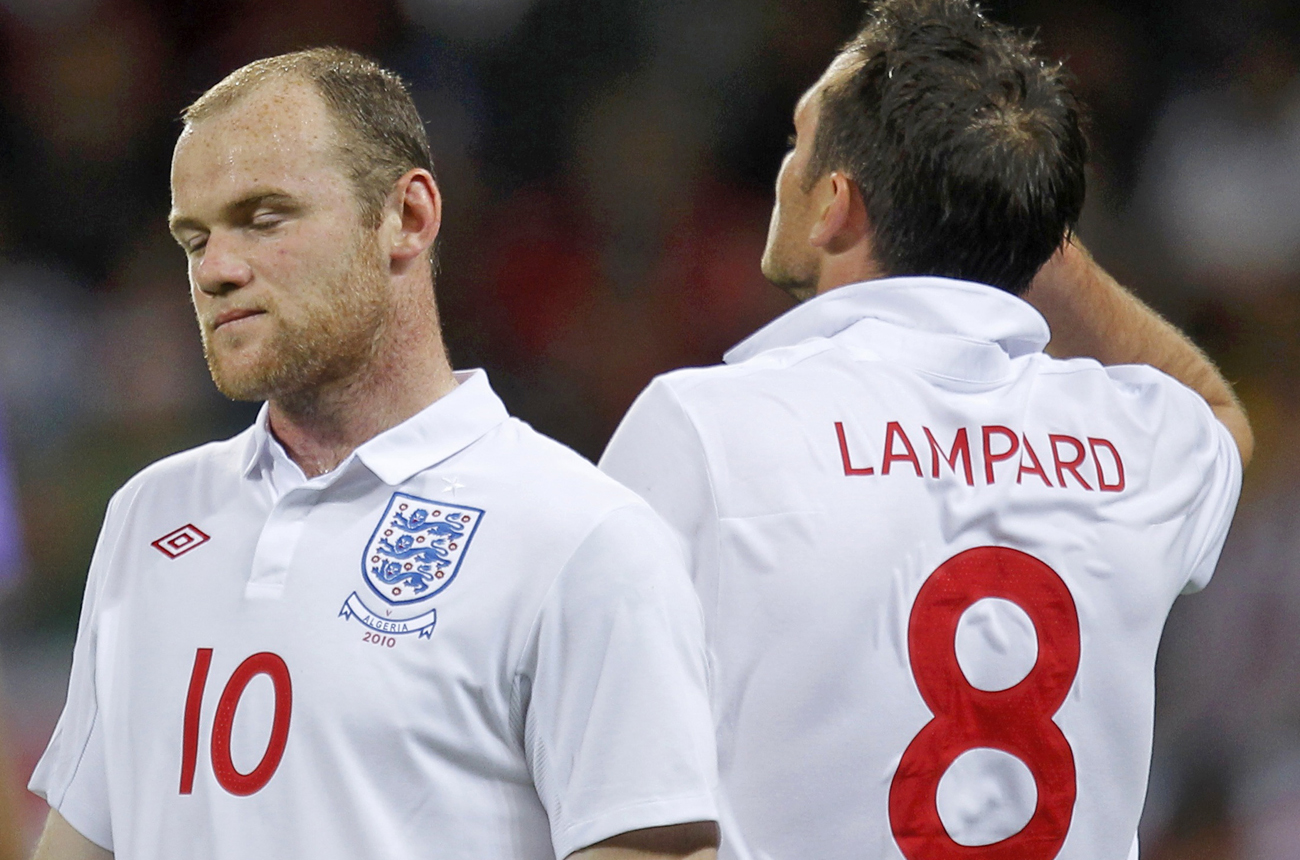 The England team ran out at the Green Point Stadium tonight with the best line-up they have. And yet, it was not enough to break the Algerian’s steely resolve. The night of frustration ended with no goals and not much excitement.

English manager Fabio Capello (on his 64th birthday) picked a team that on any other day would be valued at more than £150 million. On Friday night, however, the lowly Algerians looked more stylish, more in control and, above all, more interested in holding their head high at the end of the game.

As has been proven many times before, no sub-standard teams can reach the World Cup any more. Algerian coach Rabah Saadane has done a great job in motivating his players after the heartbreaking loss to Slovenia last Saturday. But the story of this game is the story of English frustration. It was England that was expected to win the game and to win it comfortably, displaying attacking spirit and imagination. When this positive turn failed to materialise in the opening minutes, frustration crept into their lines and it become clearly visible. From then on, there was not much they could do right. Even with their perceived domination, the new Algerian keeper, M’Bohli, needed to be more safe than spectacular to do his job, which he did admirably.

The future in the group C is now completely opaque, as any of the four teams can progress into the second round.

England’s Fabio Capello has decided to bring back goalkeeper David James instead of disastrous Robert Green. Also, Carragher and Barry are starting tonight.

Algerian coach Rabah Saadane has decided to do a similar thing and replace goalkeeper Fawzi Chaouchi with the 24-year-old Raïs M’Bohli who has only one game for Algeria under his belt.

The pitch at Green Point Stadium is perfect; the weather is also kind the players.

Although both sides attempt quick, stabbing passes deep into their opponents’ territory, not much of substance is happening in front of either goal. Algeria looks well-settled; England looks slightly nervous and does not make any moves sustained for more than couple of seconds.

Algeria’s quick, short passes do not amuse England’s defence. They also dominate the possession – 56% to 44%. The Algerian team obviously enjoys the evening game and the great stage provided by the Green Point Stadium. Wayne Rooney is very well covered from the get-go and is more or less made invisible by the Algerian defence.

The England players will have to find another set of batteries for the second half to bring any change. The Algerians are tough, well-skilled and motivated opponents. No changes in either team. Let’s see if Capello succeeded in imparting with some extra motivation in the dressing room. It’s going to be an uncertain 45 minutes for both teams.

Algeria started the second half full of zest.

Shawn Wright Phillips, who came on for Aaron Lennon, has brought some energy to England’s attack. We’ll see if that translates into something concrete.

Defoe has definitely brought extra pace to English attack. They are now attempting to push the Algerians back into their box.

England’s night is an absolutely dismal affair. They spent the last ten minutes of the game without any idea about how to play against Algerians. English stars are frustrated as the game is in its dying seconds.

The last corner is safely pushed out by the Algerians. The match ends.

What a sad, pathetic display.