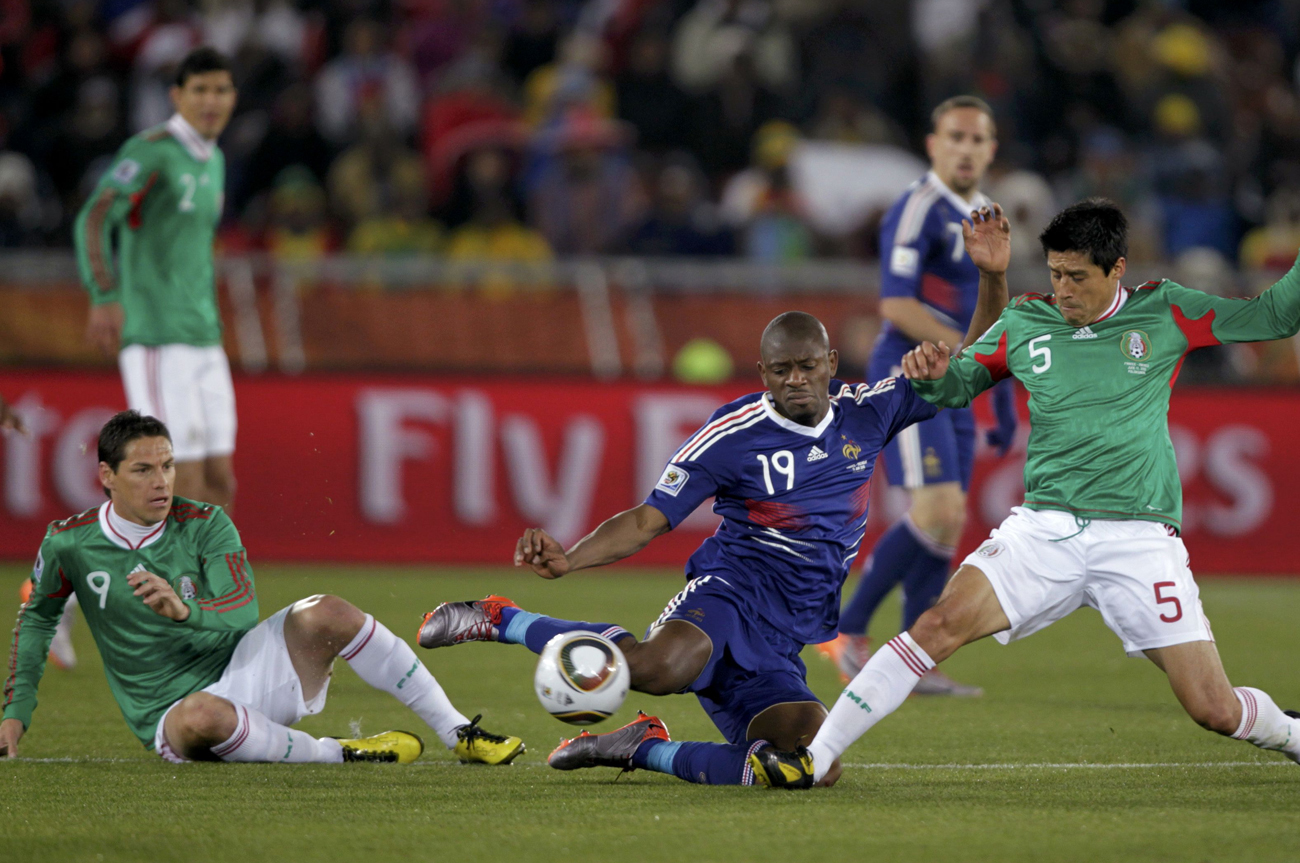 On a cool Thursday night, Polokwane saw a match in which the Mexicans wanted the win more than anything else in life and the French wanted to be anywhere else except playing in the World Cup. At the end, the score was joy of soccer 2, misery of self-centredness 0.

The impeccable pitch of the Polokwane stadium was not really a battlefield tonight, but a presentation ground of different approaches to life, the universe and everything. Mexicans wanted the win; they dreamed about it; they approached the match as though nothing else existed. French players had to think about, well, everything else: which one of their team “mates” they liked and which one they didn’t like and were not really willing to pass the ball to; how would breaking more sweat impact their image of coolness; and who were all these people around here and why were they shouting?

Okay, maybe not entirely like that, but the French football team tonight was a picture of continued disgrace, one that started long ago in Dublin. It didn’t help that the Mexicans happened to know their sport: they were quick, resolute, committed and knew why they were there: because they love to play, because nothing else fills them with pride and pleasure like the satisfied supporters’ roar of approval. Photo: Mexican fans celebrate a goal as they watch the match between Mexico and France during 2010 World Cup, in Zocalo Square in downtown Mexico City, June 17, 2010. REUTERS/Eliana Aponte

It was difficult to watch the remaining game in the group A without getting angry with French all over again. They cheated their way into South Africa. They treated the highest honour in the world soccer, participation in the World Cup, in the same way that they won it, cheaply and disgracefully. Even more annoyingly, if that’s possible, they have deprived Ireland of the opportunity to be here and fight their hearts out for the dream.

Tonight’s result was bad news for Bafana Bafana, as it is almost certain now that they will not qualify for the next round. But, they will make us all proud if they play against the French on with honour and pride. Because even more than the result, honour and pride matters. That way, there will be at least one team that cares about those things on the Bloemfontein pitch next Tuesday night.

France make just one change to the side that drew against Uruguay. Florent Malouda starts in place of Yoan Gourcoff.

Mexico have made a change of their own, with Paul Aguilar making way for Hector Moreno.

The interesting thing about Jabulani is it has been used in the Argentinean and German leagues (among others), and those countries have produced the highest-scoring games so far. Seems like it boils down to a matter of familiarity. Never mind the climate or altitude – the ball is what you have to get used to. That said, there’s really no reason for South Africans to take criticism of Jabulani personally. It’s Adidas who should be facing that.

Where did Sydney Govou get time to braid his hair? Surely they should be practising, or something?

I would like to see Memo Ochoa in posts for Mexico. I’m not convinced Oscar Perez is a better choice.

Vela is out, having the back of his knee sprayed. He’s back up quickly and will resume playing shortly. Photo: France’s fans react in front of a giant screen near the Eiffel Tower in Paris June 17, 2010, as they watch Mexico beat France in their 2010 World Cup soccer match. REUTERS/Benoit Tessier

The vuvuzelas have become quieter as the tournament progressed, enough for the Mexican fans to fill the stadium with their trademark roar tonight.

Yep, the vuvuzelas are much quieter. The booming announcement can be heard clearly in the stadium.

Both keepers have had rather uneventful matches so far.

The referee has a word with Andre Gignac. Play is getting dirtier as the frustration builds. France are in all sorts of trouble now. So are South Africa, incidentally. In the 1998 World Cup, France won the tournament. They crashed out in the group stages of the 2002 World Cup and were finalists in the 2006 World Cup. Is there a pattern here? They’re certainly on their way out here, not producing a performance worthy of a play-offs qualify.